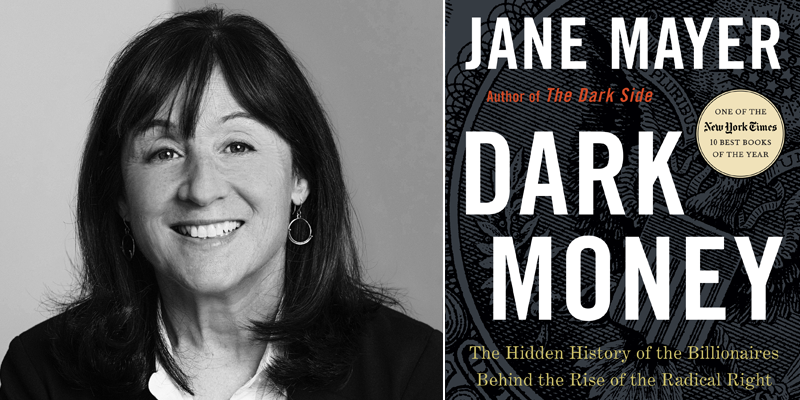 "The Kochs waged a long and remarkable battle of ideas"

The follow is an excerpt from Jane Mayer’s Dark Money: The Hidden History of the Billionaires Behind the Rise of the Radical Right, a finalist for the 2017 PEN/Jean Stein Book Award.

On January 20, 2009, the eyes of the country were on Washington, where over a million cheering celebrants crowded the National Mall to witness the inauguration of the first African-American president. So many supporters streamed in from all across the nation that for twenty-four hours they nearly doubled Washington’s population. Inaugurations are always moving celebrations of the most basic democratic process, the peaceful transfer of power, but this one was especially euphoric. The country’s most famous and iconic musicians, from the Queen of Soul, Aretha Franklin, to the cellist Yo-Yo Ma, gave soaring performances to mark the occasion. Celebrities and dignitaries pulled strings to get seats. Excitement was so feverish that the Democratic political consultant James Carville was predicting a long-term political realignment in which the Democrats “will remain in power for the next forty years.”

But on the other side of the country during the last weekend in January 2009, another kind of gathering was under way, of a group of activists who aimed to do all they could to nullify the results of the recent election. In Indian Wells, a California desert town on the out­skirts of Palm Springs, one polished sports utility vehicle after the next cruised down the long, palm-lined drive of the Renaissance Esmer­alda Resort and Spa. Stepping out onto the curb, as bellboys darted for the luggage, were some of America’s most ardent conservatives, many of whom represented the nation’s most powerfully entrenched business interests. It would be hard to conjure a richer tableau of the good life than the one greeting them. Overhead, the sky was a bril­liant azure. In the distance, the foothills of the Santa Rosa Mountains rose steeply from the Coachella Valley, creating a stunning backdrop of ever-changing hues. Velvety green lawns stretched as far as the eye could see, meandering toward a neighboring thirty-six-hole golf course. Swimming pools, one with a man-made sandy beach, were surrounded by chaises and intimate, curtained pavilions. As dusk fell, countless tea lights and tiki torches magically lit the walkways and flower beds.

But inside the hotel’s dining room, the mood was grim, as if these luxuries merely highlighted how much the group gathered there had to lose. The guests meeting at the resort that weekend included many of the biggest winners during the eight years of George W. Bush’s presidency. There were billionaire businessmen, heirs to some of America’s greatest dynastic fortunes, right-wing media moguls, con­servative elected officials, and savvy political operatives who had made handsome livings helping their patrons win and hold power. There were also eloquent writers and publicists, whose work at think tanks, advocacy groups, and countless publications was quietly subsidized by corporate interests. The guests of honor, though, were the poten­tial political donors—or “investors,” as they referred to themselves—whose checkbooks would be sorely needed for the project at hand.

The group had been summoned that weekend not by the leader of a recognized opposition party but rather by a private citizen, Charles Koch. In his seventies, he was white-haired but youthfully fit and very much in charge of Koch Industries, a conglomerate headquar­tered in Wichita, Kansas. The company had grown spectacularly since its founder, Charles’s father, Fred, had died in 1967, and he and his brother David took charge, buying out their two other brothers. Charles and David—often referred to as the Koch brothers—owned virtually all of what had become under their leadership the second-largest private company in America. They owned four thousand miles of pipelines, oil refineries in Alaska, Texas, and Minnesota, the Georgia-Pacific lumber and paper company, coal, and chemicals, and they were huge traders in commodity futures, among other businesses. The company’s consistent profitability had made the two brothers the sixth-and seventh-wealthiest men in the world. Each was worth an estimated $14 billion in 2009. Charles, the elder brother, was a man of unusual drive, accustomed to getting his way. What he wanted that weekend was to enlist his fellow conservatives in a daunting task: stopping the Obama administration from implementing Democratic policies that the American public had voted for but that he regarded as catastrophic.

Given the size of their fortunes, Charles and David Koch auto­matically had extraordinary influence. But for many years, they had magnified their reach further by joining forces with a small and intensely ideological group of like-minded political allies, many of whose personal fortunes were also unfathomably large. This faction hoped to use their wealth to advance a strain of conservative libertar­ian politics that was so far out on the political fringe as recently as 1980, when David Koch ran for vice president of the United States on the Libertarian Party ticket, it received only 1 percent of the Ameri­can vote. At the time, the conservative icon William F. Buckley Jr. dismissed their views as “Anarcho-Totalitarianism.”

The Kochs failed at the ballot box in 1980, but instead of accept­ing America’s verdict, they set out to change how it voted. They used their fortune to impose their minority views on the majority by other means. In the years since they were trounced at the polls, they poured hundreds of millions of dollars into a stealthy effort to move their political views from the fringe to the center of American political life. With the same foresight and perseverance with which they invested in their businesses, they funded and built a daunting national political machine. As far back as 1976, Charles Koch, who was trained as an engineer, began planning a movement that could sweep the country. As a former member of the John Birch Society, he had a radical goal. In 1978, he declared, “Our movement must destroy the prevalent stat­ist paradigm.”

To this end, the Kochs waged a long and remarkable battle of ideas. They subsidized networks of seemingly unconnected think tanks and academic programs and spawned advocacy groups to make their arguments in the national political debate. They hired lobbyists to push their interests in Congress and operatives to create synthetic grassroots groups to give their movement political momentum on the ground. In addition, they financed legal groups and judicial junkets to press their cases in the courts. Eventually, they added to this a private political machine that rivaled, and threatened to subsume, the Republican Party. Much of this activism was cloaked in secrecy and presented as philanthropy, leaving almost no money trail that the public could trace. But cumulatively it formed, as one of their opera­tives boasted in 2015, a “fully integrated network.”

The Kochs were unusually single-minded, but they were not alone. They were among a small, rarefied group of hugely wealthy, archconservative families that for decades poured money, often with little public disclosure, into influencing how Americans thought and voted. Their efforts began in earnest during the second half of the twentieth century. In addition to the Kochs, this group included Richard Mellon Scaife, an heir to the Mellon banking and Gulf Oil fortunes; Harry and Lynde Bradley, midwesterners enriched by defense contracts; John M. Olin, a chemical and munitions company titan; the Coors brewing family of Colorado; and the DeVos family of Michigan, founders of the Amway marketing empire. Each was dif­ferent, but together they formed a new generation of philanthropist, bent on using billions of dollars from their private foundations to alter the direction of American politics.

Excerpted from Dark Money by Jane Mayer. Copyright © 2016 by Jane Mayer. Excerpted by permission of Doubleday, a division of Penguin Random House, Inc. All rights reserved. No part of this excerpt may be reproduced or reprinted without permission in writing from the publisher

Dark Money: The Hidden History of the Billionaires Behind the Rise of the Radical RightExcerptJane MayerPEN/Jean Stein Book Award
Share: 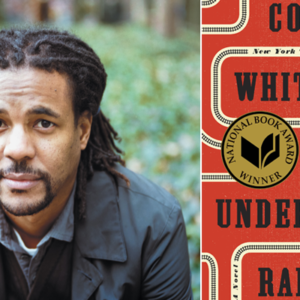 The following is an excerpt from Colson Whitehead’s The Underground Railroad, a finalist for the 2017 PEN/Jean Stein Book...
© LitHub
Back to top