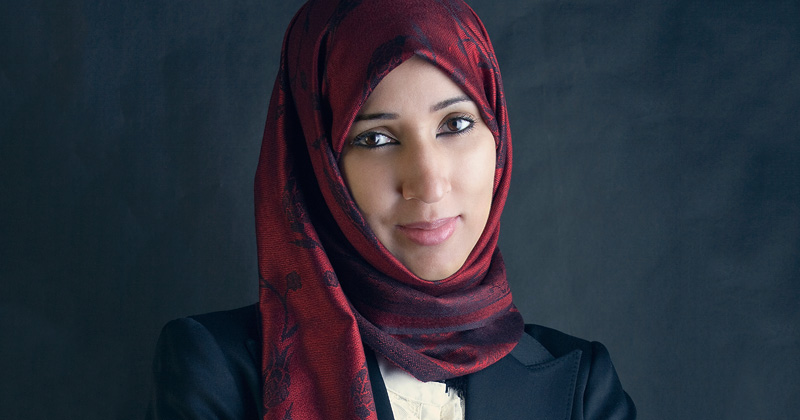 Speaking with Manal al-Sharif about Defiance and Disclosure

On May 2011, Manal al-Sharif appeared in a black abaya behind a steering wheel of a car and calmly told an audience in Arabic that her kingdom was home to many educated women, but none with driver’s licenses: “You’ll find a woman who has a PhD or is a professor in a university . . . and she doesn’t know how to drive.” By uploading a video of herself driving in Saudi Arabia, Al-Sharif hoped to normalize an act considered prosaic by millions of women around the world, yet denied to her in the Gulf state. Quickly, Al-Sharif’s act of defiance went viral inside the kingdom, as she documents in this month’s Daring to Drive: A Saudi Woman’s Awakening.

At one level, al-Sharif’s narrative is a straight-forward story of protest and nonviolent resistance. As one of the few women working at the prestigious Saudi oil company Aramco, Al-Sharif had been accustomed to breaking barriers. A professional woman working in the IT field, al-Sharif was particularly hamstrung by a multiplicity of obstacles rooted in the kingdom’s male guardianship system, which requires women to obtain permission from male members of their family (i.e. husbands, fathers, or brothers) for everyday tasks like renting an apartment or applying for a school.

In one frustrating incident detailed in Daring to Drive, al-Sharif learns she has been accepted for a job at Aramco only to discover the company is no longer housing any Saudi women inside its compound. Al-Sharif is left in a mad scramble to find suitable housing, but without her father or a husband in the city, no one is willing to permit an unaccompanied woman to rent. Angry, she and another female employee (who manages to furnish a male guardian’s signature) rent out a home in another city. They place a pair of men’s shoes at the door of their home, fearful of social reproach.

Later al-Sharif learns the company shuttle only serves the male section of its workforce, forcing her to hire a Pakistani man to ferry her to work each day in a car she buys herself. The situation is not uncommon: most employed Saudi women spend roughly a third of their salary on drivers. Inside the workplace, challenges continue to proliferate. Male colleagues refuse to tell their wives that they work with a woman, and al-Sharif’s husband—a man she meets at the company—asks her to quit her job to restore her honor and public image. Instead, their relationship ends in a divorce, and when al-Sharif travels to the United States for professional training, she also seizes the opportunity to learn how to drive and dispel the widespread belief among Saudi men that women are not competent enough to learn the rules of the road.

Al-Sharif returns to the kingdom hoping to convert her US license into a Saudi one. Her brother and de facto guardian approves of the plan and allows al-Sharif to drive her car around the Aramco compound—a leniency possible due to her employer’s origins as an American company. Al-Sharif presses further, though, using social media to get in touch with female activists who are organizing a day to drive on the roads. Fearful that the fateful day of protest may never materialize if traffic police stop the women from driving altogether, Al-Sharif makes a test-run to the store. She succeeds, but is detained shortly thereafter.

Staging a protest in a country where women’s rights remain limited is one level of defiance. Writing about it for public consumption in an environment where social and government censorship of literary works is widespread is another. Indeed, although al-Sharif originally wrote her story in Arabic before having it translated, the Saudi literary market was off-limits: “The only language I could publish it in was in English,” she told me in an interview last week.

Al-Sharif was no stranger to acts of literary resistance. In her adolescence, al-Sharif’s family visits to Egypt and other Arab countries provided a window into worlds where women dressed colorfully, bared their hair, and—most provocatively—drove cars. However, these trips also provided al-Sharif access to a world of literature banned in her homeland, ranging from adventure novels to romance novels.  “As a child and teenager there were very few books we could read outside of religious books,” al-Sharif told me. “I would smuggle them. Any books representing political views that the Saudi regime doesn’t agree with were very limited.”

For many authors living under repressive regimes, fiction is a well-worn genre of choice for voicing oblique criticisms or broaching metaphorical discussions of taboo topics. In the late 1930s, Ernst Jünger’s On the Marble Cliffs worked its way past German censors to provide an allegorical critique of the Nazi regime; in the 1960s and 70s, science fiction offered authors such as Stanislaw Lem and the Strugtasky brothers alternative universes in which to question the promises of the Soviet regime under which they lived.

Saudi fiction writers have likewise used the genre to broach controversial topics. Rajaa Alsanea’s Girls of Riyadh—an epistolary work of fiction about women’s secret lives, including those of women who dress as men in order to drive—swells with stories of premarital sex, alcohol, and homosexuality, and shocked audiences by airing out Saudi taboos for the world to see. But even when thinly veiled, fiction offers writers a reprieve from their immediate connection to the text. Al-Sharif alludes to a boya culture of masculinized women (or “tomboys”) that thrives under Saudi Arabia’s highly surveilled and segregated society, but is unable to offer the more intimate peek inside their world that Girls of Riyadh provides.

As al-Sharif points out, nonfiction writers carry a responsibility to their subjects that fiction writers do not deal with as acutely. “They will not be judged the same way. When you write something [in nonfiction], you have to be careful about the people you write about.” Writing Daring to Drive as a direct, unmediated challenge to Saudi norms grounded in the reality of personal experience was not an approach that al-Sharif undertook flippantly. Initially she conceptualized her book as an account of “Women2Drive,” the social media movement that she founded in the wake of the Arab Spring. However, editors’ preferences for personal stories led her to reconsider the book’s very premise.

While a personal life story brings the reader into a more direct relationship with the social reality described, it also exposes the author to external pressures that exert their own influence on the text. Indeed, for authors like al-Sharif, the public reception of a controversial book is not a personal burden that can be heroically suffered alone. Not only are family members potentially exposed to public scrutiny by nonfiction works, they are also points for the application of social pressure. When Saudi poet Yasser Altuajiri denounced al-Sharif’s audacity for getting behind a steering wheel, it was the response from her family that concerned al-Sharif the most. Altuajiri’s poem read: “They want our virgins to drive trucks / And cruise around as if it was ok / Tell the car dealers if they want heaven / To sell only to men / I swear to God if the girls drive even in a deserted place / Our male youth will riot.”

“Traditional poetry is a big deal in the Saudi nomadic society,” al-Sharif told Newsweek about the piercing verses. “People go in thousands to such events, memorize the poem, and spread it. This particular one hurt my tribe, and they pressured dad to shut me up or lock me in.”

Even though she now lives in exile in Australia, the reception of al-Sharif’s book in the kingdom still makes her second-guess divulging details unpalatable to more conservative readers at home. “Usually, Saudi women don’t talk about our lives—it’s a personal matter that not only touches the individual. In Saudi Arabia, it affects the whole tribe and community.”

Inevitably, then, there are trade-offs between fictionalized and factual social criticism. From one angle, the elisions and ellipses enforced upon works of nonfiction like Daring to Drive could be seen as shortcomings—distortions that hide the full truth of life under repressive regimes. On the other hand, however, they capture something far more real than the graphic details disclosed in salacious novels: namely, the enforced silences that are the reality of life under state and social censorship. In this sense, it is the margins of nonfiction—as much as the factuality of the genre itself—that should speak to the reader’s sense of an authentic encounter with a little understood world.

Sabrina Toppa is a writer originally from New York City. Her work has been published in The Guardian, TIME Magazine, NBC News, and other outlets. Follow her on Twitter @SabrinaToppa.
http://sabrinatoppa.com 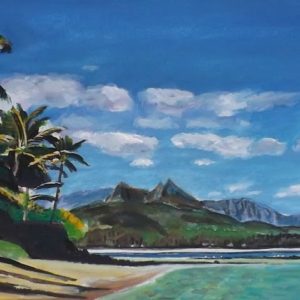 This article originally appears in the Summer 2017 issue of Rain Taxi. In Sarah Vowell’s 2011 walk-about through Hawaiian...
© LitHub
Back to top