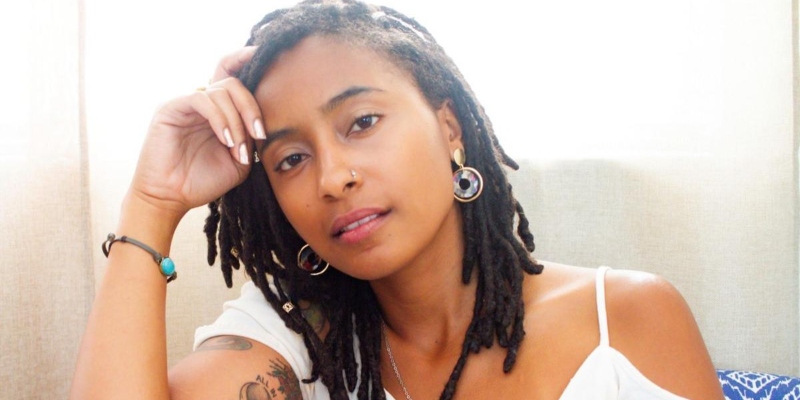 Mitzi Rapkin: “Milk Blood Heat” is the title story and first story in the book. Was this the first story you wrote in the collection, and where did this story come from?

Dantiel Moniz: No, it wasn’t the first one. After I got to my MFA in Wisconsin, I didn’t write the whole first semester because I was just struggling so hard with imposter syndrome that I was like, “Oh, god, they’re going find out that I don’t belong here and they’re going to send me back.” But at some point, I had this idea for this story. I think I was watching something on Netflix, I don’t remember what it was. But I oftentimes will get a seed of a story while I’m watching movies or TV shows or something. And what I do is I collect images and ideas and things in my Notes folder on my phone. At some point, my brain is making these connections by itself. And then I realize that these things are connected, so I move them in a folder together and that’s how they become a story.

The first note that I have for “Milk Blood Heat” is just “morbid girls.” That’s the first note. That’s it, no other explanation. So, I’m assuming whatever I was watching was somehow kind of melancholy and it affected me where I was just like, you know what, girls are often not—especially when they’re that young and especially a decade ago, or when I was growing up, girls were light and frivolous and fluffy. And I think that the seriousness or the morbidity of girlhood is something that gets overlooked a lot. Just think about having a period, or having grownups tell you from a really young age that you have to be careful of your surroundings because some man could snatch you up and kill you. I just thought, wow, there’s something there. And I always had questions about death and why we are the way we are, even when I was younger. So, I think there’s just something in that that captured me. And then the story kind of came out of that.

Dantiel W. Moniz is the recipient of the Alice Hoffman Prize for Fiction, the Cecelia Joyce Johnson Emerging Writer Award by the Key West Literary Seminar, and a Tin House Scholarship. Her debut collection, Milk Blood Heat, is an Indie Next Pick, an Amazon “Best Book of the Month” selection, a Roxane Gay Audacious Book Club pick, as well as a Belletrist Book Club pick, and has been hailed as “must-read” by TIME, Entertainment Weekly, Buzzfeed, Elle, and O, The Oprah Magazine, among others. Her work has appeared in the Paris Review, Harper’s Bazaar,Tin House, One Story, American Short Fiction, Ploughshares, The Yale Review, McSweeney’s Quarterly Concern and elsewhere. She lives in Northeast Florida and currently teaches fiction at the University of Wisconsin-Madison.

Kidneys, Twins, and Pathological Optimism: The Story of the First Successful Organ Transplant 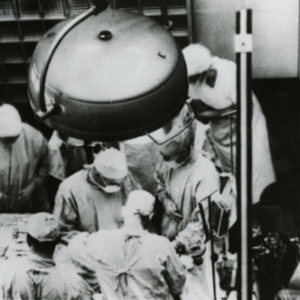 Kidneys, Twins, and Pathological Optimism: The Story of the First Successful Organ Transplant

“We didn’t think we made history. We didn’t even think of history. We thought we were going to save a patient.” –Dr....
© LitHub
Back to top