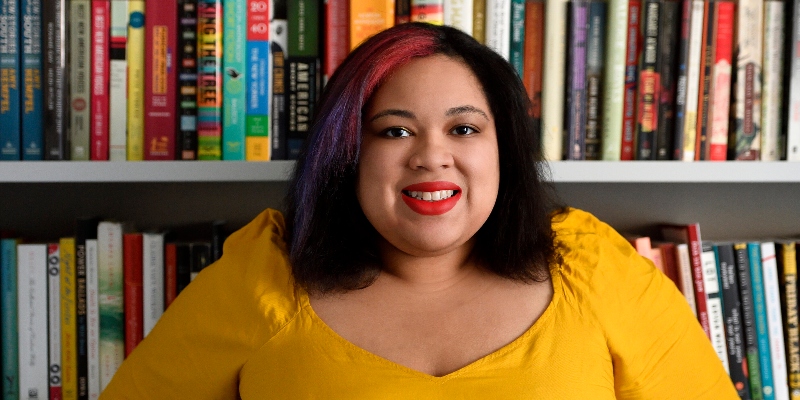 This week on First Draft, Danielle Evans joins Mitzi to discuss her book The Office of Historical Corrections, out now from Riverhead.

Mitzi Rapkin: A lot of your stories might be looking at similar questions, but they’re explored in different ways with different issues, and with a different lens on them. Each story sort of looks at the fat and the muscle, but underneath is a skeleton of this country, a skeleton of our history. In the story, the fat and the muscle might be the element of missing a parent or missing a lover; it could be something that happened in the community or something in the past. But underneath all of it is a very solid look at the history of our country. Does that seem accurate to you?

Danielle Evans: Oh, well, I hope so because that’s really beautiful. Part of the project of this book for me is very much about inheritance, whether national inheritance, family inheritance. I’m always as a writer interested in the relationship between the personal, the structural, and the really intimate relationship between the personal and the structural. Sometimes that sounds like an abstract or political question, but for me, it’s a question about how we behave and how we make decisions. If you are any person who’s had to be aware of power dynamics, which is most of us to some degree, and I think exacerbated by how many ways you might be disempowered or marginalized—you know when you have to perform, right? You know who has the capacity to demand a version of yourself other than the most vulnerable or honest one. You know what the stakes are of failing to perform in the appropriate way.

And so, when I’m writing characters, especially when I’m writing women and Black women, I’m aware of people who are aware of power as a thing that has to be negotiated with. I’m aware of people for whom that negotiation informs the most intimate decisions and their most intimate knowledge of self. I’m thinking always about the relationship between that awareness of the world and the way the world works, and the general space of inferiority, the general space of the difference between what we can say or how we feel and what we do.

Danielle Evans is the author of the story collections The Office of Historical Corrections and Before You Suffocate Your Own Fool Self. Her work has won awards and honors including the PEN American Robert W. Bingham Prize, the Hurston-Wright award for fiction, and the Paterson Prize for fiction. She is a 2011 National Book Foundation 5 under 35 honoree and a 2020 National Endowment for the Arts fellow. Her stories have appeared in magazines including The Paris Review, A Public Space, American Short Fiction, Callaloo, The Sewanee Review, and Phoebe, and have been anthologized in The Best American Short Stories 2008, 2010, 2017, and 2018, and in New Stories From The South.

What Does an Animal Communicator Really Do? 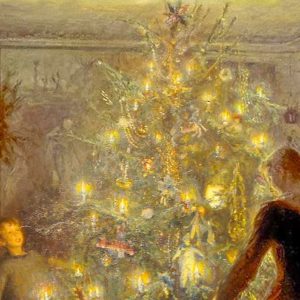 One of e.e. cummings’s earliest published poems, "little tree," paints for the reader a Christmas scene of deceptive simplicity....
© LitHub
Back to top