John Fowles. Annie Dillard. Russell Banks. Raymond Carver. Carolyn Forché. Richard Ford, Louise Glück. Anthony Bourdain. What do all of these writers have in common? They and many more have all been published by Daniel Halpern. On today’s episode of The Literary Life, Mitchell talks to publisher and poet Daniel Halpern about ushering 2021 and celebrate him and the 50th anniversary of his publishing imprint, Ecco Press.

Mitchell Kaplan: You’re a publisher that has been able to stay relevant all 50 years. I was so pleased to see at the end of this year, other than Knopf, Ecco Press had more books on people’s top book lists than any other publisher, which is pretty amazing for a smaller imprint. All of those new people that you are publishing now. You were in the vanguard of publishing people of color. It’s really kind of amazing what you’ve been able to do. Do you have any special sauce as to how you’ve been able to stay relevant like this? Is it just because you stay relevant and you enjoy what you do?

Daniel Halpern: It’s a good question, and there are probably a lot of answers to it, some overly self-serving answers. But I would say, first of all, I have a very, very politicized twenty-seven-year-old daughter who’s just graduating from law school. And I said to her, Lily, if there is a way for you to make less money than a poet, you are going to figure it out. And by God, she’s graduating from Yale Law School in May, and she’s going to be a public defender and she will make less money than a poet or an editorial assistant starting in publishing. But I’m so proud of her. … She really has kept me in line. When I stray, if I ask a question about gender that she doesn’t approve of, I hear about it. She’s allowed me to be aware of what I need to be aware of.

One of the things that I’ve been happiest about in the last couple of years at Ecco is to have found some amazing young Black fiction writers and nonfiction writers, especially nonfiction, that my editors have worked on. Denise Oswald has been editing a group of them. We have people like Imani Perry, who’s writing a book about the South which is amazing. We have Damon Young, who wrote a remarkable memoir. That’s so refreshing. I mean, anybody can publish Hemingway. But to find a new young voice who is breaking new ground and writing in a way that nobody has written before, that’s the only reason really to be going into publishing.

This episode of The Literary Life with Mitchell Kaplan was recorded between New York and Miami. Subscribe now on iTunes, Spotify, or wherever else you find your podcasts!

Influential editor, publishing executive, and poet Daniel Halpern was born in Syracuse, New York. The founder and longtime editor of the influential literary magazine Antaeus, Halpern is the president and publisher of Ecco Press, an imprint of HarperCollins Publishers. He is the author of many books of poetry, including Something Shining: Poems (1999), Foreign Neon (1991), Tango (1987), and Traveling on Credit (1972). Halpern’s honors include fellowships from the Guggenheim Foundation and the National Endowment for the Arts. From 1975 to 1995, he taught in Columbia University’s graduate writing program. He has also taught at Princeton University and The New School. 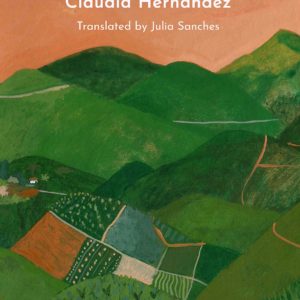 Traveling to that other country isn’t her life’s dream or a flight of fancy. She only insists on going, and on finding...
© LitHub
Back to top