The Author of Hourglass in Conversation with Paul Holdengraber

In this episode, Paul Holdengraber talks to Dani Shapiro about the grueling nature of book tours, the difficult task of writing while reading, the “unthought known,” and… marriage. Shapiro’s latest is Hourglass.

Dani Shapiro on rereading her earlier work
“I felt that I needed to understand or at least explore what I knew but didn’t know I knew by going back and reading my early work. I became really deeply curious about what might be revealed to me. You know there is this beautiful psychoanalytical term that I learned recently: the unthought known. I’ve become kind of obsessed with that idea. Much of what a writer writes comes out of that murky place.”

Dani Shapiro on lists
“Is there anything more poignant than a found list, than a discovered list that one’s younger self wrote in the frenzy and the intensity of that moment and somehow what was important to remember or important to set down or important to do. How that’s seen in retrospect is almost, well there’s a kind of poignancy to it.”

Dani Shapiro on reading while writing
“I don’t understand when my students don’t read. I don’t understand when they want to be writers and they don’t read. It baffles me and it pisses me off. How can you become what you don’t know? How can you not have the kind of passionate curiosity of what came before you? But I, as a student, was afraid of influence. I was afraid that if I read a work that I admired so much that I wanted to be that writer in some way, that I would attempt to emulate that writer and if I attempted to emulate that writer then I would not find that very elusive thing, my own voice. I don’t think I’m as afraid of that anymore.”

Dani Shapiro on the beauty of commitment
“The idea of being in a marriage with no exit strategy, with no escape hatch, with the intention, on both people’s parts, that we are in this for that duration, not out of the sense like ‘oh well I’ve given up’ or ‘this is just the way it’s going to be’ but really the beauty of the struggle. I wanted to explore the complexity and the beauty of what it is to be, to form yourself not in a vacuum and not in a kind of random way, but alongside and against another person.”

Dani Shapiro on timing
“I consider the idea that it’s not the mistakes we make in our lives, but when we make them. I was married twice before I married my husband. I was 19 when I hopped, skipped, and jumped down the aisle that first time with no more sense of myself or any idea of what I was doing than a puppy really. That very brief marriage really did not cost me much emotion because I was 20 years old.”

How the Federal Government Saved Literature in Tennessee 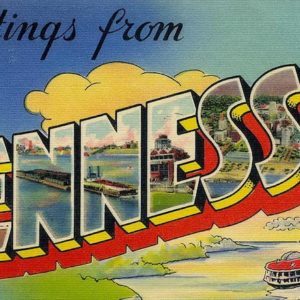 How the Federal Government Saved Literature in Tennessee

In 2009, on New Year’s Day, I got fired from my job as the book-page editor of the Nashville Scene. I was standing in line...
© LitHub
Back to top