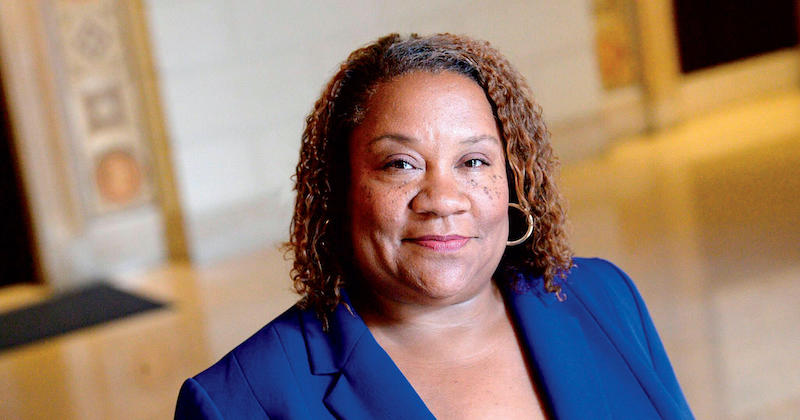 Dana Canedy has been named the executive vice president and publisher of Simon & Schuster.

Today, Simon & Schuster named Dana Canedy, a former journalist and the administrator of the Pulitzer Prizes (as well as a Pulitzer-winner herself), as its newest executive vice president and publisher. The New York Times reports that Canedy had been under consideration for a job at the company two years ago, but had turned it down to stay at the Pulitzer Prizes.

“Jon should get credit for the fact that in an era of racial reckoning, when suddenly everybody is looking for people of color and women to add to their boards and to bring in to their companies—he started talking to me two years ago,” Canedy told The New York Times. “That’s the way you want to go into a company. I wouldn’t be taking this job if I thought he just wanted a Black publisher.”

When she officially takes the reins on July 27th, Canedy will become the third woman and the first Black person to hold the position.