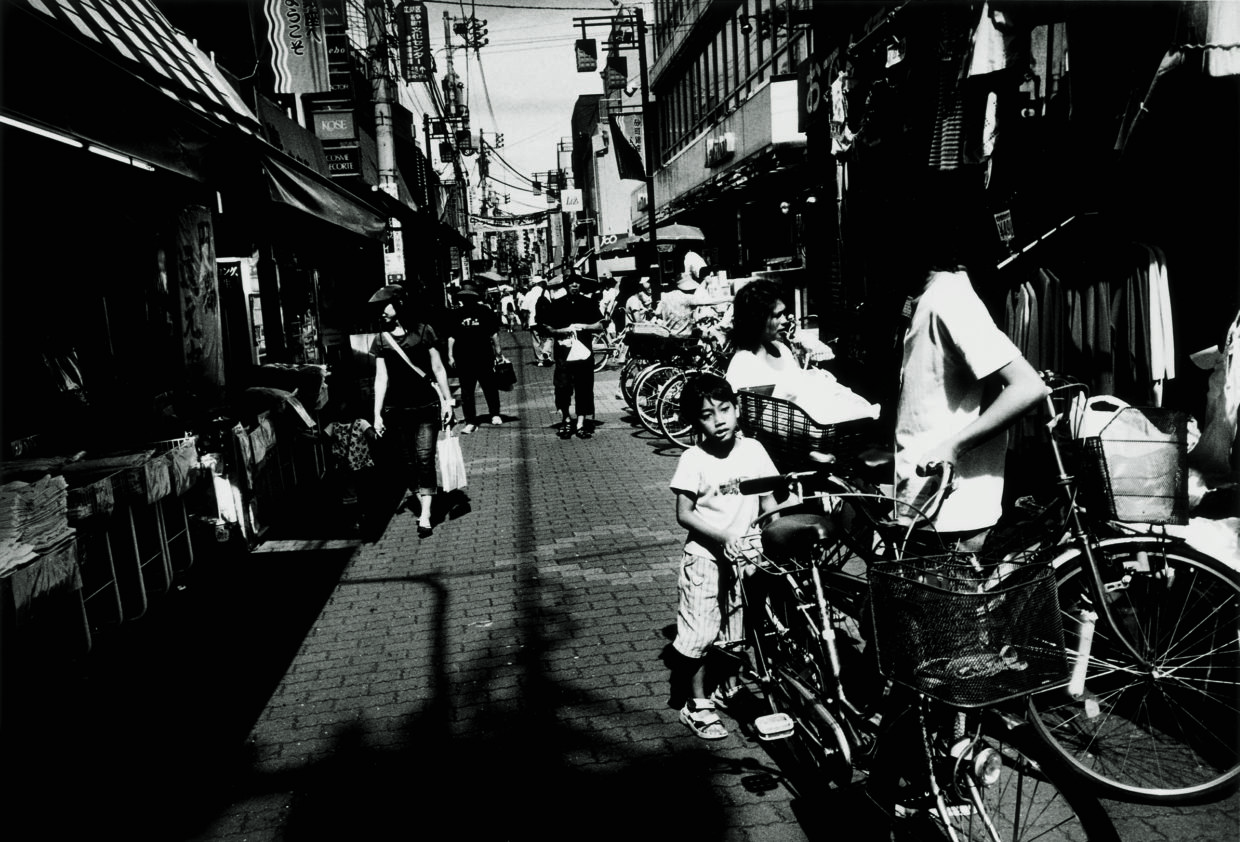 Daido Moriyama, Legendary Street Photographer, on How to Take a Snapshot

"If you don’t have desire, you won’t see what’s there."

By Daido Moriyama and Takeshi Nakamoto

“What’s the key advice you give to any beginner in snapshot photography?” This is the first question I ask Daido Moriyama when we meet to discuss how he takes photographs. Patiently (because he must have been asked this hundreds, if not thousands of times—no doubt giving the same answer), Moriyama replies:

Well, the first thing I always tell anyone who asks me for advice is: Get outside. It’s all about getting out and walking. That’s the first thing. The second thing is, forget everything you’ve learned on the subject of photography for the moment, and just shoot. Take photographs—of anything and everything, whatever catches your eye. Don’t pause to think. That’s the advice I give people.

Snapshot photography is all about capturing the natural movement and expression of whatever you are photographing—the subject—in that particular moment. Daido Moriyama is a photographer who has devoted his life to taking such photographs. He is particularly well known for his snapshots of street scenes, or “street photography,” as it has come to be known. 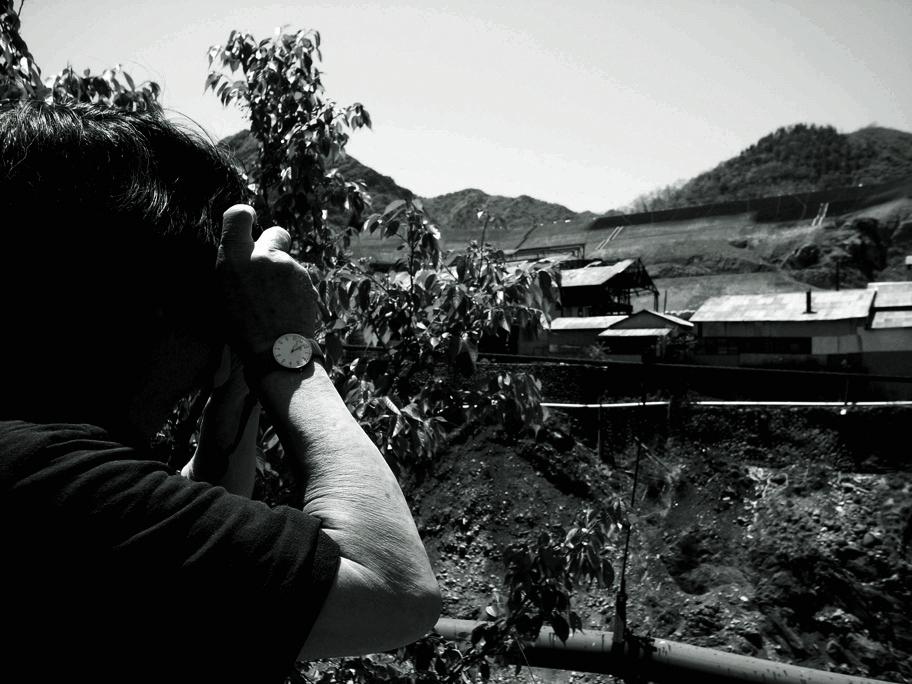 When Moriyama was in his early twenties, a friend sold him a cheap Canon 4Sb, and he took it with him onto the streets of Osaka, which is where he was born and grew up. Looking back at that time, Moriyama reflects with a smile: “In those days, you never saw anyone out on the streets with a camera round their neck. I felt like I was doing something really way-out and original. I never imagined I’d end up doing it—essentially living on the streets—for the next few decades.”

Before he set up as an independent professional photographer, Moriyama worked with two major figures in the art-form: Takeji Iwamiya (1920-1989) and then Eikoh Hosoe (1933). Both men were hugely influential in their fields: Iwamiya had his own photographic studio in Osaka, which Moriyama joined, and he was active in all sorts of spheres, including art and the world of fashion, while Hosoe was a leading light in the avant-garde: as well as working on his own projects, he had countless images serialized in weekly magazines or used as covers. If Moriyama had wanted to, he could easily have followed in these men’s footsteps, and found success as a completely different photographer to the one we now know.

But no, Moriyama was only interested in the streets. And for him, this inevitably meant snapshot photography.

“Call it a personality trait—it’s just part of my character. I was never one for school, even as a kid. I was always roving around on the streets. I preferred that. Give a camera to anyone who’s got that kind of habit—well, what do you expect, they’re going to want to go out and start taking photographs of the street. Street photography was a natural progression for me.”

When Moriyama started doing what he does in the mid 1960s, almost no one else was roaming the streets of towns and cities, camera in hand. 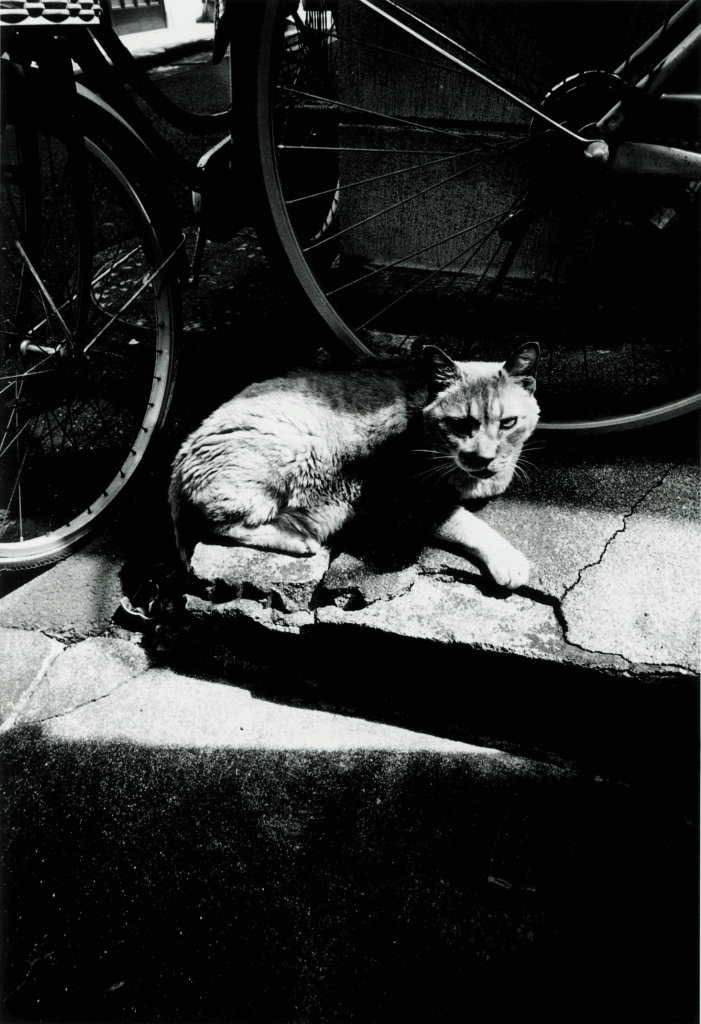 Flash forward 50 years, and Moriyama is still out on the streets. Not doing advertising photography, nor portraits of celebrities, nor even nudes. Not specializing in wildlife photography s

howcasing the wonders of the natural world. Not even out on the front lines taking news photographs. Just devotedly, obsessively taking street snaps. After he left Osaka, Moriyama went on to take photographs of Kobe, Maizuru, Yokosuka, Atami, Misawa, Tono, Hokkaido, Shinjuku, New York, Paris, Buenos Aires, Hawaii, Sao Paulo—a whole variety of places, not only in Japan but all over the world, single-mindedly shooting fragmentary scenes of the city, or the way something on the street looked at a particular moment. And all with a compact camera small enough to fit in the back pocket of his jeans. Then, before he knew it, he had become one of the most acclaimed Japanese photographers in the world, with a global fan base.

When Moriyama started doing what he does in the mid 1960s, almost no one else was roaming the streets of towns and cities, camera in hand. But nowadays, with the proliferation of cheap, high-spec digital cameras and smartphones (which nearly always double as cameras), everyone out there has a camera, either in their pocket or their bag, and thus the means to take snapshots.

Nevertheless, as Moriyama points out, “Most people only take snapshots of things immediately around them in their daily life. Fundamentally that means that they’re not going out of their comfort zone. But out on the city streets, everything you encounter is alien and unknown. That’s what taking snapshot photographs of the city streets is: you’re capturing the alien and unknown.”

So what kind of abilities are most useful for someone who wants to try and capture this alien, unknown world? Is it kinetic vision—the ability to focus on objects quickly as you move along, and at varying distances? Or perhaps instant response—good hand-eye coordination—so the photographer never misses a chance to get the shot?

If you don’t have desire, you won’t see what’s there.

“Of course, a sharp eye is fundamental. And of course you have to be alert, sensitive, responsive, at ease in your own body, so that you can react to the stimuli around you immediately. But above all, you have to have desire. That desire the photographer must feel in the instant he takes the shot. If you don’t have desire, you won’t see what’s there. I’m talking about the desire you feel in that moment when you see something that compels you to take your shot—it could be a woman, or anything. Desire is all around us; there’s a huge, limitless supply of it. It’s important to be true to that desire. To take a photograph that is at all interesting or meaningful you must become one with that desire when you press the shutter button.”

More than half a century has passed since Moriyama first started walking through the streets, camera in hand. This book is a record of excursions I made in the company of this man—now one of Japan’s most iconic and admired photographers—during his restless, never-ending prowling. I wanted to find out as much as I could about the wellsprings of his appeal, the “desire” that imbues his attitude to his work, and his views on snapshot photography. 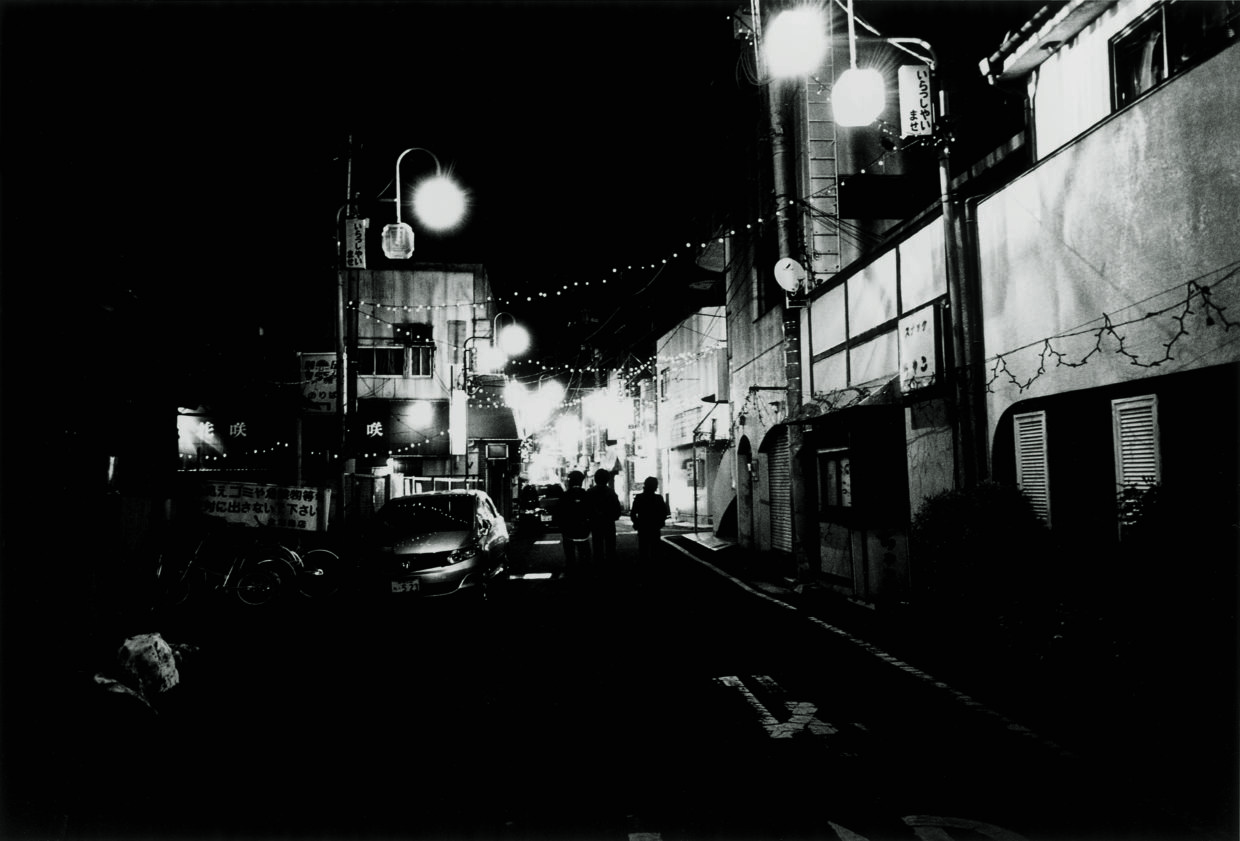 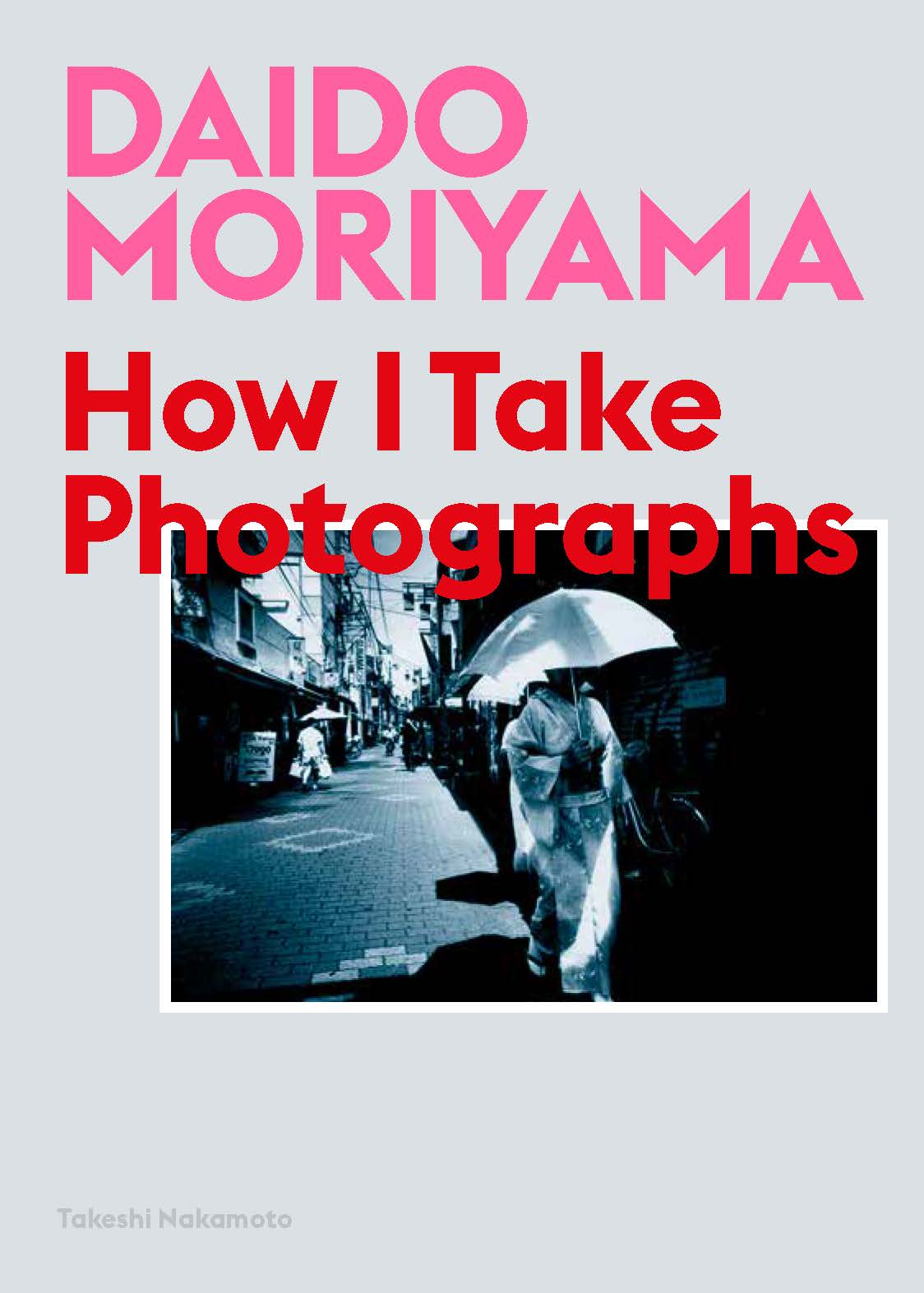 Daido Moriyama is Japan’s leading photographer. His work has been exhibited internationally and has made a unique contribution to modern and contemporary photography. * Takeshi Nakamoto is a Japanese editor and writer. 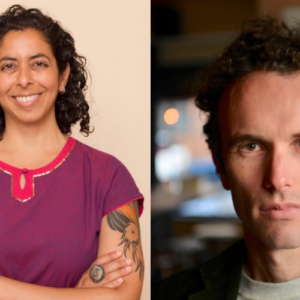 In this episode of the Fiction/Non/Fiction podcast, novelist Elliot Ackerman and memoirist Anuradha Bhagwati talk about how the military...
© LitHub
Back to top
Loading Comments...