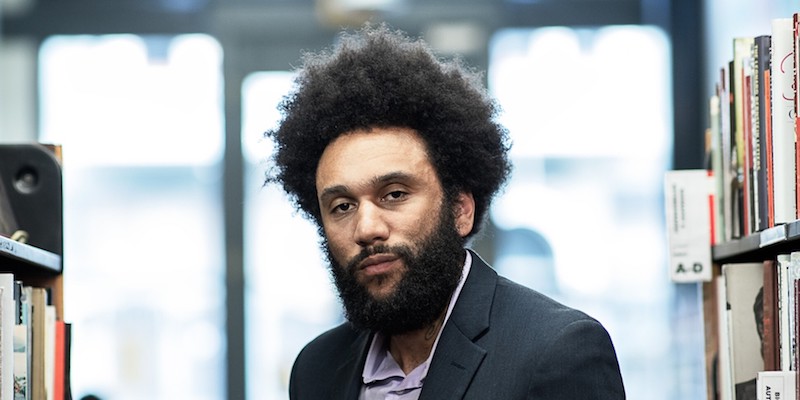 Peter Mishler Talks with the Author of Blood on the Fog

For this installment in a series of interviews with contemporary poets, contributing editor Peter Mishler corresponded with Tongo Eisen-Martin. Eisen-Martin is the Poet Laureate of San Francisco, California. He is the author of Heaven Is All Goodbyes (City Lights Books, 2017), which was shortlisted for the Griffin International Poetry Prize, received the California Book Award for Poetry, an American Book Award, and a PEN Oakland Book Award. He is also the author of someone’s dead already (Bootstrap Press, 2015). Blood on the Fog, his newest collection of poems, was published as volume 62 in the City Lights Pocket Poets Series in September 2021.

Peter Mishler: Is there an anecdote, story, or fleeting image from childhood or youth that you think in some way indicates, foreshadows, or presages that you would have an artistic life and write poetry as an adult?

Tongo Eisen-Martin: Afflicted from day one. Especially, growing up in the time of Hip Hop’s young adulthood. I literally could not listen to anything without my mind creating lines in response. What might be helpful to others though was that the foreshadowing was a collective product. My institutional life as a child was generated by beautiful, revolutionary, counter-hegemony people who submerged me in a reality we were all collectively producing. And so, platform, as it extends from the consciousness and imagination of the people, was just another time of the day. Whether playing African drums in the morning every day at school or writing my mother essays on everything that was racist in the latest mainstream movie, at least a confident imagination (whether it would find a reception or not) was guaranteed.

PM: Did you have any other family members who were specifically working as artists?

TE-M: My brother is genius actor, painter, and writer. It was really his leadership that got us through these decades of the corporatocracy’s ascension. Without his talent and fearlessness, I would have most likely folded my psyche into a surrender a long time ago. He kept our revolutionary integrity intact in the most graceful and soulful ways through craft and his general approach to living.

In some sense, the San Francisco moves are not from the thesis-making part of the mind; but rather a brainstorm of what I associate with social contradiction and revolutionary potentials

PM: One of the things that I’m curious about when listening to you read your work is that you seemed genuinely surprised, amused, affected, or pleased by your reading of certain lines as if you’re hearing them anew in that room, in the context in which you’re reading. Does this sound accurate to you?

TE-M: I think that comes from the general posture I put my mind in when reciting a poem. On one end of extreme internal engineering, in order to do right by each line, you can treat a line as if you have just woken up to it. It creates a persona for itself to deliver it. As a biproduct, you experience the line as new. On another end of just trying to keep your mind spacious, it’s like your relaxed mind seeing your funny friend for the thousandth time. You are going to chuckle when you see them regardless.

PM: I’ve also seen you perform your poems from memory. Do you think there is some new insight or door that opens your understanding of your poems by performing them this way?

TE-M: Yes, memorization is the best path towards really inhabiting the poem. While at a glance, it looks like reciting a poem from memory is the more performative move, but the worst obstacle to a liberatory experience at a reading, is to perform the situation. To perform poet-ing. Without the paper in my hand, I have the best shot at dissolving the current situation of myself reciting poems to others into the contents, energies, and landscapes of the poem.

We internalize a trajectory towards wide-readership, but the best narrator to fasten a line of poetry is the nobody

PM: I want to ask about how you address, critique, or describe San Francisco in your poems. Do you have a particular approach or thoughts about what it means to write about or address a place, a city?

TE-M: I believe that there is no phenomenon in the universe that you cannot use your immediate reality to at least improvise an insight into said phenomena. And so I use San Francisco to give insight into late-stage imperialism. If I was from a different city, I’d use that city to give insight into late-stage imperialism. Or potentials of resistance. Or the interplay of social-municipal aggregate and gallows humor. In some sense, the San Francisco moves are not from the thesis-making part of the mind; but rather a brainstorm of what I associate with social contradiction and revolutionary potentials.

PM: Could you talk about the experience of how you developed the lineation of your poems?

TE-M: I try to use line placement in ways that will show the reader a potential way of reading the ideas; even give the poem an auditory animation on the page. At times it is an attempt to place voices around a stage. At other times, I am just trying to show where an idea truly begins and ends—and is resurrected later. You can also attempt to induce a tempo of reading, encouraging the reader to loosen or tighten their mind around a line. It’s almost improvisational though. Once the poem is done, I go through it and move the lines around. It’s a sweeping edit though. I almost arrange the lines at the speed I am reading the poem in one move.

PM: I wonder what you see as a particular distinction between your first and second collections with City Lights, now that you have seen both works “completed.”

TE-M: My first City Lights book really existed in a dyad with the first book I ever published on Bootstrap Press called someone’s dead already. They were dispatches from this period of several transitions: my life from educator to organizer, and eventually publicly-asserted poet. Transition of significant people in my life passing away. Transition of craft itself in that my writing (especially in my approach to it) changed greatly. Poems even written on the road moving from city to city. Once Heaven Is All Goodbyes was done, I didn’t feel like I could do much more with this planet I was lucky enough to stumble into. Most of what I was writing felt stale. And felt like an imitation of past work. But I got lucky again, and wandered into a new set of material conditions, strategies, and objectives (very, very much internal) to synthesize poems from; from which Blood on The Fog emerges.

PM: I think I hear you about these internal conditions, strategies, and objectives. Could you say more?

TE-M: I started to apply meditation techniques to writing, which seems counterintuitive to be less welcoming or obedient to any voice that wants to come along and be productive. Luckily, I stumbled onto the possibility when I was full of a lot of energy. And so the scraps of poetry that made their way to the surface while I kept my attention on the second for second simple realities of what I was feeling did not come straggling up. They came through sharp and came through heralding a new possibility. The possibility that actually you can lay down your defense mechanisms no matter how much music they have made for you in the past. Now, have I arrived at new purity of line creation? Absolutely not. It is still all very messy in my mind; but I have gotten a lot of ground out of just moving with the intention or aspiration of short circuiting the more conspiratorial part of my mind while writing.

TE-M: The strangest thing that I have a feeling is true about the art of poetry is that it is littered with paradoxes or near paradoxes. You can write something brilliant approaching the page like a rocket scientist of language.  You can also write something brilliant by throwing a two-year-old’s tantrum on the page. Disagree with yourself on the page in order to arrive at a unified insight. If you want to make a line more musical, make the cold analysis more specific or expansive. Disappear your persona in order to reappear with the persona most appropriate to the specific energy and idea. Report on 100,000 dualities to make the point that everything is one. What is useful for another poet, can be a bear trap for you. We internalize a trajectory towards wide-readership, but the best narrator to fasten a line of poetry is the nobody. 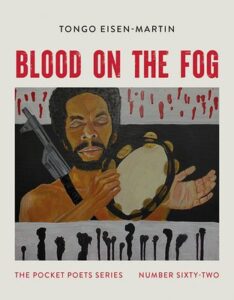 Blood on the Fog is available with via City Lights Books.

Shocked Into Dreaming: Why Puppets Inspire My Creativity and Spark My Curiosity 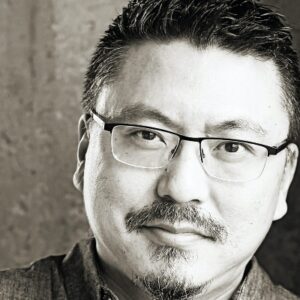