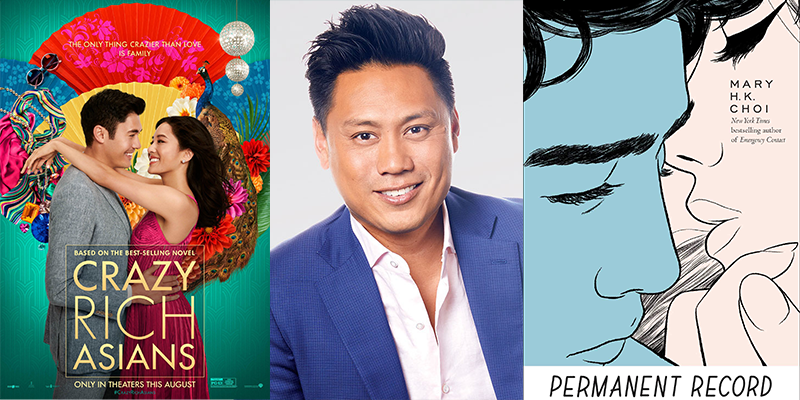 First he brought us Step Up 2: The Streets. Then he brought us Step Up 3D. (Where he was for the original Step Up, I couldn’t tell you.) But then, most notably, he directed blockbuster rom-com Crazy Rich Asians in 2018. Now Jon M. Chu is producing—and may be directing—a film adaptation of Mary H.K. Choi’s bestselling young adult novel Permanent Record. (Not to be confused with Edward Snowden’s recent tell-all of the same name.)

Mary H.K. Choi’s novel, published just this past September, follows an unlikely match: Pablo Rind is a college dropout with loads of student debt and a graveyard shift at a 24-hour Brooklyn bodega, where he meets Leanna Smart, a child star turned social media influencer. On the surface, they have absolutely nothing in common. It makes no sense for them to be together, but I’m betting a 90-minute romantic comedy will show us otherwise.

“Author Mary H.K. Choi has an amazing voice that really stuck with me when I read this brilliant book and couldn’t get it out of my head,” Chu tweeted. “Excited about this one.”

It’s fair to say that Choi is also excited:

Choi will write the adaptation and serve as an executive producer on the project.