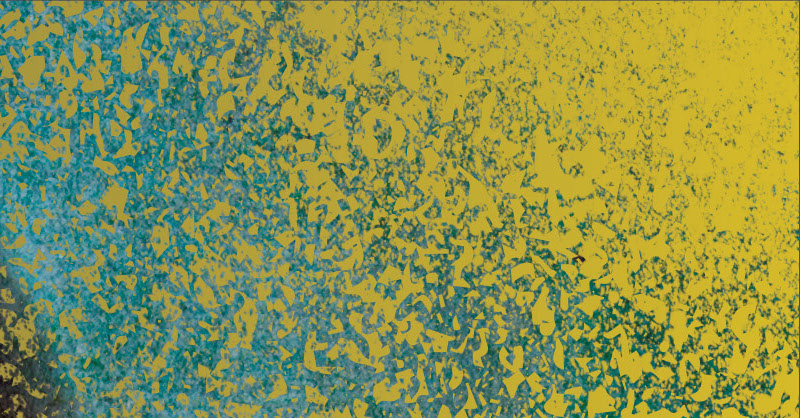 Literary Hub is pleased to reveal the cover for Luis Alberto Urrea’s Good Night, Irene, the latest novel from the bestselling novelist and Pulitzer Prize and NBCC finalist, which will be published by Little, Brown, this spring. Here’s how the publisher describes the novel:

In 1943, Irene Woodward abandons an abusive fiancé in New York to enlist with the Red Cross and head to Europe. She makes fast friends in training with Dorothy Dunford, a towering Midwesterner with a fe­rocious wit. Together they are part of an elite group of women, nicknamed Donut Dollies, who command military vehicles called Clubmo­biles at the front line, providing camaraderie and a taste of home that may be the only so­lace before troops head into battle.

After D-Day, these two intrepid friends join the Allied soldiers streaming into France. Their time in Europe will see them embroiled in danger, from the Battle of the Bulge to the liberation of Buchenwald. Through her friend­ship with Dorothy, and a love affair with a courageous American fighter pilot named Hans, Irene learns to trust again. Her most fervent hope, which becomes more precarious by the day, is for all three of them to survive the war intact.

Taking as inspiration his mother’s own Red Cross service, Luis Alberto Urrea has de­livered an overlooked story of women’s heroism in World War II. With its affecting and uplifting portrait of friendship and valor in harrowing circumstances, Good Night, Irene powerfully demonstrates yet again that Urrea’s “gifts as a storyteller are prodigious” (NPR).

And here’s the cover, which was designed by Lucy Kim: 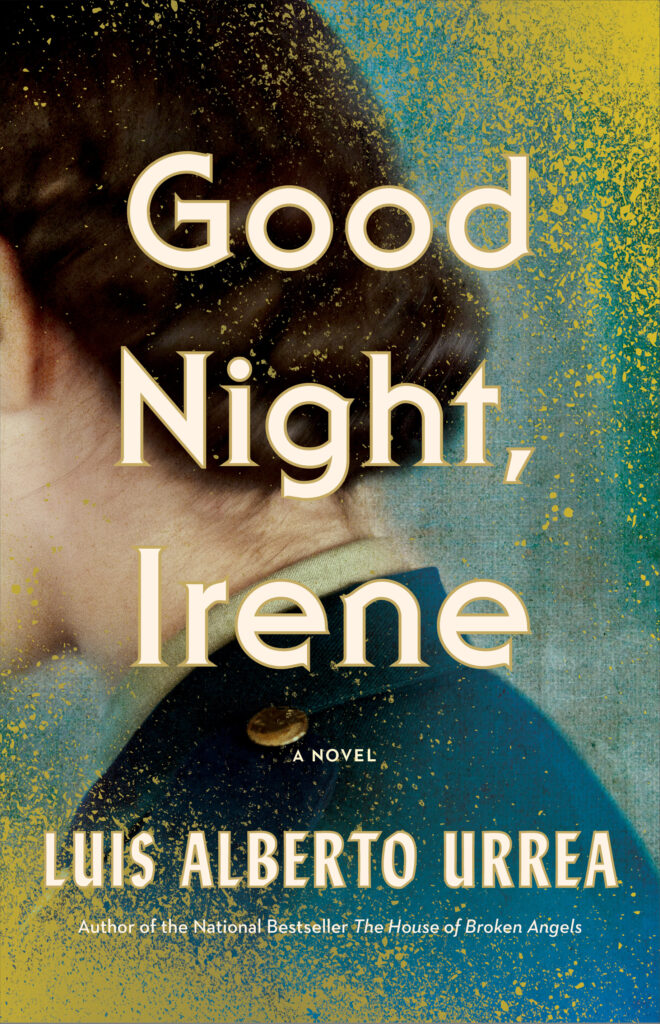 “The process of designing this cover was an interesting one because the story is about a facet of WWII history that I don’t think the general public is aware of—at least I wasn’t!,” Kim told Literary Hub.

The American Red Cross sent female volunteers to Europe alongside American troops to provide a morale boost serving donuts and coffee in Clubmobiles. They were affectionately called ‘Donut Dollies’ and these mobile units were sent to the same fronts as American soldiers to give a taste of normalcy to homesick soldiers stationed overseas. In the beginning of the design process I thought it would be nice to depict the central figures in the story, three friends embarking on an exciting adventure! But after a few attempts it started to seem that direction was actually reducing the impact of the story. The main character is based on Luis Alberto Urrea’s own mother, who actually served as one of these volunteers, and I began to think that focusing on a single woman rather than a group would give this cover the personal perspective that’s reflected in the book. We didn’t want to show a face though, because this woman would also represent and honor all of these women, and I found this image of the back of a woman’s head that gave just enough information about period and character as to plausibly be the main protagonist as well as any of these women. As beautiful as the image was I also wanted to reflect the danger and upending of their lives these women experienced—the gold ‘debris’ closing in on the woman. All in all, throughout all the research for this design, I learned so much about this ‘sidenote’ in WWII history, and I love when a project gives me an opportunity to learn something new!

“What I appreciate about this cover is its mystery, its vulnerability, and its quiet strength,” Urrea told Lit Hub. “Those are all qualities of the women represented in my novel, unsung heroes of WWII. I generally am not a fan of the disembodied female image one finds on the covers of many contemporary novels; however, my novel was inspired by my own mother’s participation in the war and this image is so evocative of her official war portrait. When I see this image, I appreciate the mystery—I do not see her hiding her face, I see her walking strongly forward with dark forces gathering behind her. Yet, she is illuminated and strong and unafraid. I think this cover does a great job in suggesting the WWII era with the image and yet the contemporary stylized typeface tells the reader that this is something new that you haven’t read before.”

Good Night, Irene will be published by Little, Brown on May 30, 2023. You can preorder it here.