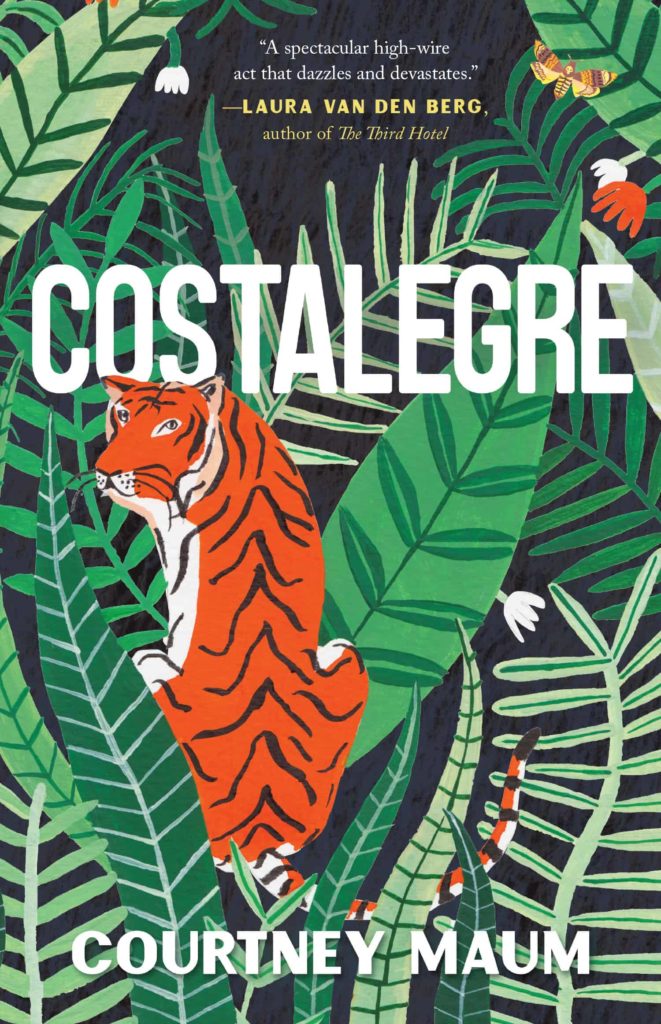 The following is from Courtney Maum's novel Costalegre. With Europe on the brink of WWII, American heiress and art collector Leonora Calaway ships her favorite surrealists from their homelands to her mysterious resort home in the jungles of Costalegre, Mexico. Courtney Maum is the author of Touch and I Am Having So Much Fun Here Without You. Her writing has been published in The New York Times, O the Oprah Magazine, BuzzFeed, Interview Magazine, and Electric Literature.

I find myself thinking a lot about my dear Elisabeth. What else am I to do? Of course, I think a lot about my brother, also, but I know what he is doing, so it isn’t as much fun. As for Elisabeth, I don’t even know what country she’s in; maybe she’s still in Hertfordshire, where it was so nice. Our house there was lovely, even in the damp, and there was almost always a sturdy fire going. Papa walked me to school, you know, and all the buildings were made of the roundest funny stones, and at the end of the day, Lisabeth would walk back with me, and Doris would give us steak and kidney pies, and then we’d go outside and throw sticks for the doggies, and Stephan would flirt with both of us a little, and we’d run up the rocks.

That was the last school I was in, really, and that’s when I was twelve. Mother’s great collection takes her all sorts of places, so it takes me places too. In the years since the stone house, I have lived in four places in England and five places in France, plus one winter each in two different parts of Spain. Plus, there was the autumn we were in New York City when Mum was trying to start a gallery with the Metropolitan Museum, but that didn’t work because Mum said she doesn’t sleep well in New York, while she sleeps very well in Paris. So we went back. This was a mistake because the French don’t even like her. Or not the ones in charge. Do you know, she went and offered her collection to the Louvre? Or rather, asked them to house it if there was war, and if there was war, that she would leave them with some paintings at the war’s end? I saw the letter from the director, because Mum was so upset by it. Or rather, not upset, she was sort of off her head about it. She had Legrand paint some of the choicest lines on canvas and nail them around the house and then she had a party to celebrate what a foolish person the museum director was. “You will soon find you are propagating mediocrity; if not thrash . . .”

“Can’t even spell trash!” Mum went around singing. “Too good to spell trash!” And so we went on a mad tour around Europe stashing this and that in barns, but then Legrand got in her head about the mice and rotting so we went on another tour to get all the paintings and the sculptures back. Then Mum put them on the big boat along with our piano, and most of the degenerates responsible for that art. It’s true it really would be something if the boat should sink. Mother laughs sometimes and says if war comes and the boat gets shot, I should fix my sights on a woman with a solid fortune, because women are loyal and not hysterical with money, and they don’t get called to war. Neither Papa nor Stephan will be called to fight, that’s the good thing about having a Swiss passport. Not that they’d want Papa anyway. He’s terribly lethargic.

Anyway, I am probably never going to get married and I’ll either have a lot of children, or else I will have none. Maybe I will get married, though, and show my family a lovely, pretty time like we had in England. In any case (I don’t feel that I should write this!), I’m still a demoiselle!(!) Elisabeth got hers when we were leaving Hertfordshire. She pinned a rag into her undergarment and the pin popped through and stuck her during Mrs. Ruthlace’s cursive class. Her older sister brought her a mooncup back from London, which really made us laugh. Actually, “mooncup” is a good name for the stables, because all of those bright triangles look like they’re trying to catch something from the moon.

I bet I never get it. Mum said she never did. A miracle, she said, both me and Stephan, making it to life. Mum always says it’s nice to eat only a little so that you feel poetic, and I try to do this, but it makes me feel sad and it’s hard to get my words in the right order. I’m just silly when I’m hungry, silly to be around, is what I mean. And Elisabeth says you never get your monthlies if you don’t eat, that she got hers because she was always finishing my steak and kidney pie.

I go back and forth on it. Sometimes it’s true when I’m hungry I do get that poetic light feeling, and think I’d like to be married very much. But other times when I have my wits about me, I remember Papa making Mum lie down on the carpet so he could march across her belly when he’d had a horrid writing day. And Konrad and Mum have such a storm about them. But then I see the way he is with C. and I think how nice it would be to have someone to hold you and to tell all your secrets to, instead of you, small diary, who has no arms at all.

Some words for my mother:

headboard
the wires here for bats
the swimming area at the beach pond cordoned off with buoys
pink melon frappé
the ghost town of Pampino stories (which probably doesn’t exist)
awful marzipan
“the buying of the rains now”
a purple made from shellfish
her white long legs are my legs
lemon water (warm)
“How I despise myself”
the pink hole in her pillow
the painting of the gazelle
heavy leaves in England
the fire going out
also, lemon pulp (and bitters?)
her foot in ankle cast
the scorpion in orchid
¿
¿
the largest, biggest hat

One day, though, with the memories. All the flashes in one place. The time she took me out of school because she wanted to go driving and we drove up the English seaside looking for some ice cream, and we had the windows open and the ocean waves were fin-colored and the ice cream parlor was closed, and we walked to the cliff even in the wind there and she held me to her in the freezing, “Oh! My gorgeous girl!”

Excerpted from Costalegre. Used with permission of Tin House. Copyright © 2019 by Courtney Maum.

The Vita and Virginia trailer is full of literary flirting and headbands.

A Laid-Off Journalist Takes a Job in an Amazon Warehouse 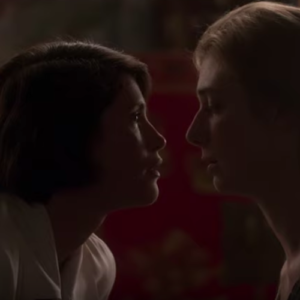 The Vita and Virginia trailer is full of literary flirting and headbands. IFC has released the trailer for Vita and Virginia, tells the story of Virginia Woolf's love affair with Vita Sackville-West...
© LitHub
Back to top