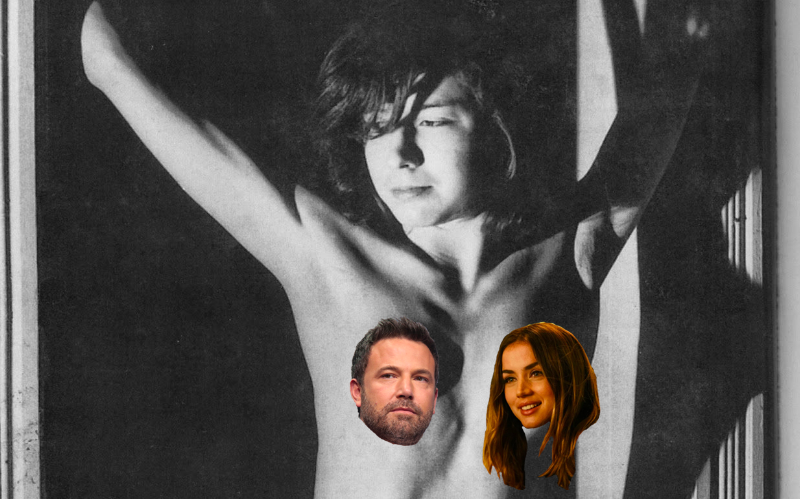 The internet is abuzz today with the news that Ben Affleck—perhaps the most famous Bostonian with an enormous phoenix tattooed on his back—and the star, most recently, of Knives Out Ana de Armas are, to quote Page Six quoting a bystander to their canoodling, “totally dating.”

If you’re wondering why this qualifies as literary news, I would direct you to the circumstances of their coupling: the two met on the set of Deep Water, the film adaptation of Patricia Highsmith’s novel of the same name.

We can only hope that the new couple feels appropriately to the true author of their burgeoning romance, Patricia Highsmith herself.