Confuse and alarm your misbehaving kids with this 15th century guide to good behavior!

Are you the parent of a child with an unfortunate predilection for picking their nose or robbing other people’s orchards? If so, help has arrived in the form of some centuries-old, recently digitized books, now available on the British Library’s website.

Here, without further ado, are some rules for children from one of the books, a 15th-century handbook for scolding your children, designed specifically for social climbers who wanted to join the nobility (really). If said out loud in 2020, these phrases have the added bonus of adding instant chaos to any situation:

“Pyke not thi tothe with thy knyffe”: Don’t pick your teeth with your knife.

Another book in the collection from 1786 took a slightly longer-winded approach, depicting a fictional “trial” of some kids who had stolen fruit from a nearby farmer and were “squabbling over a basket of sweetmeats,” as kids do. The list of things they had stolen: “Eighteen codlins, fourteen golden rennets, a hatful of green gages, and a large bough full of black cherries, which he broke off to the great injury of the tree.” In case you, like I, don’t know what almost any of those words mean, the author also provided this helpful what-not-to-do illustration: 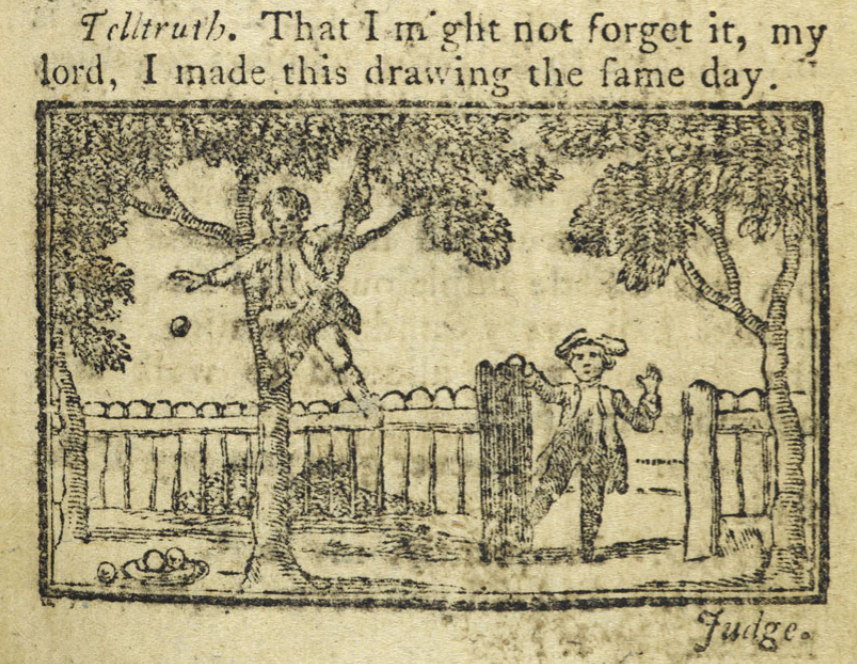