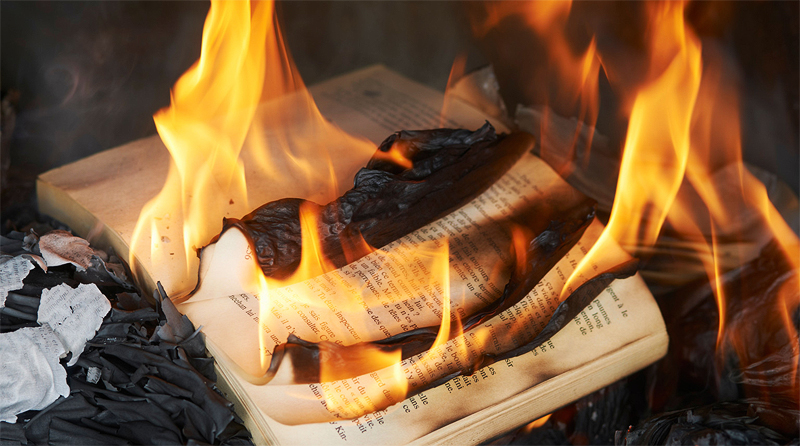 Complaints about LGBTQ books and humans drove most of an Iowa library’s staff to quit.

In a fairly predictable but nevertheless deeply sad turn of events, an Iowa town is without a library after the incessant complaints (and actual book theft) of a group of shitty, fear-mongering, right-wing assholes.

According to reporting from Iowa Starting Line, the Vinton Public Library in Vinton, IA first became the target of conservative attacks after putting up a display of books written by Jill Biden and VP Kamala Harris. In addition to complaining that the library didn’t have a Trump book-themed display (“I can’t buy what doesn’t exist, and there weren’t quality books about Trump,” said the library’s former director Janette McMahon), people began checking out the books and not returning them. McMahon ultimately resigned because she “no longer felt comfortable living in the community.”

McMahon was replaced by Renee Greenlee, who had helped facilitate a Pride event at her previous library, and who… worked alongside LGBTQ people respectfully? Naturally, conservatives found this enraging. At a library board meeting, Greenlee was accused of promoting a “liberal agenda” because she stocked LGBTQ books and because some of the library staff were part of the LGBTQ community.

Ultimately, Greenlee, too resigned, and soon after, so did the interim director Colton Neely (an openly gay man), leaving the Vinton Public Library with no full-time staff and forcing it to close indefinitely. Further proof that these Republican shitbags hate all children, including their own.