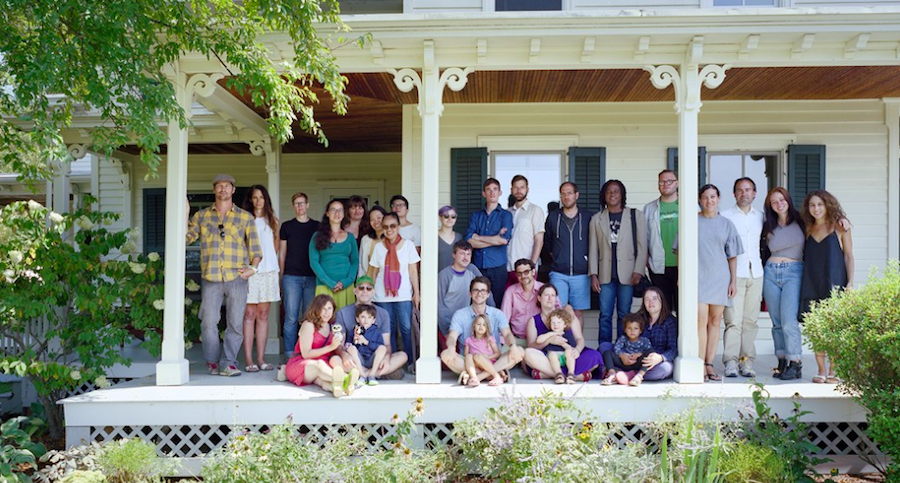 Combating the System (and Writerly Loneliness) with a Collective

At Kristiania's Monthly Salons, Where Politics and Literature Mix

In the beginning there were only a few of us, walking once a month to each other’s apartments under cover of night like wannabe Gnostics and embracing only when we had crossed the threshold. Our shared secret was that mainstream American publishing had grown stale and become an impediment to all the voices interested in writing anything other than novels which bellowed the rejoicing hymns of American upper class, soft liberalism.

Opposed to the constraints of traditional publishing, the Writers Collective of Kristiania was formed in 2012. Members are a ragtag bunch of writers and artists from all over the globe, including anarchists, leftists, and those uninterested in placing themselves on an ideological spectrum. Along with a deep dissatisfaction with much of contemporary American publishing, we hold a belief that we ourselves are capable of bringing urgent, crucial work to the light of day. We cherish and need community to share our writing and celebrate one another—and we like to argue. Oh, and many of us enjoy manifestos.

Though Kristiania has no official headquarters, it is centered on monthly salons that usually take place in New York City, hosted each time in a different member’s home. Attendees present new work, and the group discusses a question based on literature, politics, and the intersections between the two realms. We’ve also released an anthology of our members’ work, Wealth, made communally (although it was certainly one of those from-each-according-to-their-ability situations), and we’ve founded a press. We published our first book, There, a novel by Lonely Christopher, last year, and this summer we’ll be putting out a book from Uche Nduka. We like to preserve an aura of mystery, but we’re not an exclusive sect—any writer who attends three of our events, as guests of our monthly salons or attendees of public readings or book launch parties, may consider themselves a member.

In the build-up to the publication of Lonely Christopher’s There, a number of performers joined the author at an event to challenge our conception of what a reading could be: as Lonely read, a musician played live dissonant tones on a homemade instrument, backed by an audio recording of clacking keys. In this atmosphere, we all came unglued from the narrative—and given the nature of the novel, which I won’t spoil here, this was a compelling way to engage with the work.

At times, we perform in public on the terms of others: in the summer of 2017, several members of the collective were asked to participate in the Neo-Domesticity Festival in Brooklyn, a 100-consecutive hour performance art festival. For three hours, we occupied a multi-story apartment turned gallery/interactive space. Some of us read continuously, some painted, and others read manuscript pages silently before tossing them away. The viewing public passed through our rooms, lingering perhaps to hear a snippet of a story or observe a repetitive motion. And in some ways, this was a perfect experiment in a question central to Kristiania: it’s easy to practice what you believe behind closed doors, but what happens when you go out into the world and interact with other elements and people? Do your ideals hold up?

After the Neo-Domesticity performance, we decamped to a nearby backyard for beers and debriefing. We were thrilled by taking the collective out into the world and not dominating the situation, but engaging with it and trying to figure out where we might all come together to make something bigger than ourselves. That desire has always guided us in public events: our goal is not simply to show ourselves off, but to conceive of a space in which disparate people can find commonality in space and work.

Through it all, we have had the monthly salon. The salon is where we come together, and where, for a moment, we sometimes fall apart. Like troubled souls waiting for the church—or barroom—doors to open, we come to find, if not salvation, a moment of community with others equally afflicted. In my many years of attending Kristiania salons, I have heard the earliest drafts of work I deeply admire, the final pages of stories yet to find publication, the grappling of ideas and strains of thought that provoke us into shouting matches or finally into a total silence—sometimes holy, and sometimes with a shared sense of sadness.

The salon is not just for those of us who have (relative) stability in New York. I have seen the collective open its arms to people facing real, explicit harm, including a journalist from Asia whose return home would mean assassination by her government. For immigrants who feel marooned in an America that offers them only alienation, monthly salons provide a vital, secure space.

A member of our collective once told me, offering kind advice to a younger writer, that the work is its own reward. He meant that you shouldn’t expect to get anything in exchange for your time and effort except your own fulfillment. I agree, and I think that’s where Kristiania salons, reading series, and other communal practices come in.

Making art can be almost farcically, hilariously lonely, especially given how much time you spend doing it without tangible reward. Even when you do succeed based on conventional standards, publishing a story won’t solve your drinking problems, and an award-winning photograph won’t end your marital woes. But there is a redemptive spirit in hearing an old friend or a new member read great, painstaking work.

Ben Clague is a fiction writer. His work has been published in various digital and print journals. He is also a longtime member of the Writers Collective of Kristiania. He is from southern Iowa. 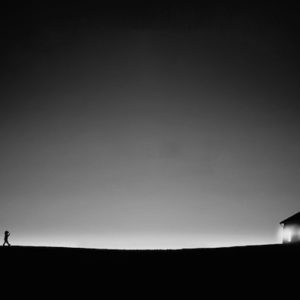 The heat, the heat. If I could find a way to convert my stacks and stacks of books into air conditioning, I would; instead,...
© LitHub
Back to top