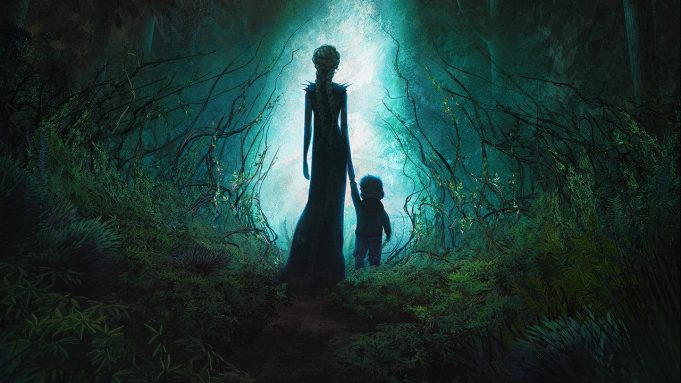 Back in 2011, Colin Meloy, the lead singer and songwriter for The Decemberists, released a children’s novel called Wildwood. Illustrated by his wife Carson Ellis, who also illustrated The Mysterious Benedict Society, the novel follows two young friends, Prue and Curtis, who venture into the mysterious forest behind Portland to rescue Prue’s younger brother from a murder of crows—and are transported into a strange new world. Now, as Variety reported today, Laika Studios has announced a stop-motion adaptation of Wildwood as their sixth stop-motion movie.

Producer Arianne Sutner and screenwriter Chris Butler, both of whom won the Golden Globe for Laika’s Missing Link, are reprising their roles here; Caleb Deschanel is the cinematographer. Travis Knight, Laika President and CEO, will direct the film—or rather, is directing the film, as Wildwood is currently in production at Laika’s facility outside Portland. (A perfect location match!)

“As a deep-dyed native son of Oregon, I have rainwater, microbrew, and fair-trade coffee coursing through my veins,” said Knight in a statement. “With Wildwood, I have the opportunity to tell a madly ambitious story of magic, wonder, and danger set in the place I grew up. My very own Portland will join that pantheon of unforgettable fantasy realms, with a stirring epic that will kindle imaginations, lift spirits, and break hearts. Colin and Carson’s novel is a lyrical work of art, and the entire Laika family is fully committed to honoring it with a film of breathtaking spectacle and aching beauty.” I personally can’t wait to see a stop-motion Portland—will it be even more beautiful than a stop-motion moon?