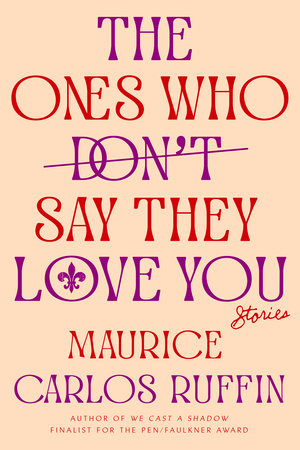 The following is excerpted from Maurice Carlos Ruffin's new story collection, The Ones Who Don't Say They Love You. Ruffin is the author of We Cast a Shadow, which was a finalist for the PEN/Faulkner Award, the PEN/Open Book Award, and the Dayton Literary Peace Prize. A recipient of an Iowa Review Award in fiction, he has been published in the Virginia Quarterly Review, AGNI, the Kenyon Review, The Massachusetts Review, and Unfathomable City: A New Orleans Atlas.

My father named his bug company “Stevens and Son” even before I came into the world. I found insects disgusting, but it was just me and him, so I did my best to keep my objections hidden. I certainly never told him about my proclivities.

I was a pretty good bug man in my teens and could tell what the infestation was by the faintest clues. Teeny tiny scratch marks on a pantry shelf were the sign of a mouse, for example. Whenever we came across something we’d never seen before—like that bellows-shaped mud nest in Ms. Berthelot’s attic—I was the first to guess and was nearly always right. They were mud wasps. The males sipped nectar on swamp azaleas while the females built houses with their mouths.

I don’t know if he saw me, in front of my mirror in a calico dress I’d bought at the thrift store on Carrollton Avenue.

Still, I grew tired of spending my weekends hunting vermin. My father was in his sixties and needed someone who would really put his back into the work. That’s why he hired Tyronne Myers. Tyronne was into it. I had the impression that he had lived a hard life somewhere else. Yet, whenever I asked him about his past he just placed a hand on my shoulder, a situation I very much enjoyed, and chuckled.

“Can’t stay wrapped in what you come from,” he’d say. I was in my bedroom one night, alone I thought, when I sensed Tyronne near the door. I don’t know if he saw me, in front of my mirror in a calico dress I’d bought at the thrift store on Carrollton Avenue. Quickly, I switched off the lamp, slipped on jeans in the dark, and left the house to meet my friends. The next morning, I quit. My father showed no emotion, but he took sick a year later and sold the company to Tyronne.

Years after I moved to New York to pursue a career in fashion design, I went back home. Tyronne never changed the name of the company and, to my surprise, he didn’t seem shocked to see me with hair extensions and wearing a crinkled suede waistcoat of my creation. He invited me into the house he was servicing to show me something he had found. He stooped and gave me a ghostly thing, lighter than a feather and so thin the lines on the palm of my hand were clearly visible through it.

“Do you know what that is?” he asked.

Grendel at 50: How John Gardner’s Finest Novel Undermines His Ideas About Moral Fiction 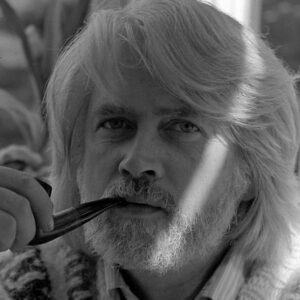 Grendel at 50: How John Gardner’s Finest Novel Undermines His Ideas About Moral Fiction Not long ago, an acquaintance on Twitter asked for recommendations of lesser-read classics, which he defined as “anything...
© LitHub
Back to top