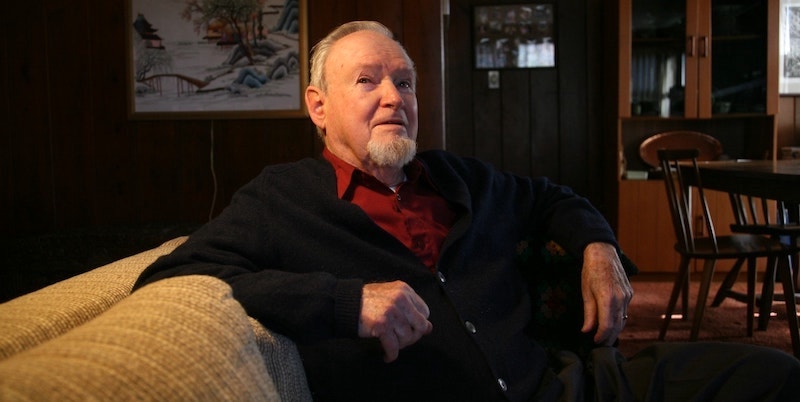 It was dawn on the morning of November 4, 1979. The shimmering sun was just beginning to crest over the horizon of the Western Sahara when the small caravan of captured Spanish Santanas stopped after having traveled across the desert. About a dozen guerrilla fighters laid down their rifles, hopped from the cabs, got down on their knees facing Mecca, and began to pray. The two men left sitting in the cab, a Spanish journalist and an American named George Mills Houser, were both wrapped in the traditional Berber shesh, which protected them from both the chilly night air and the blistering daylight heat.

They were guests of the POLISARIO Front, a nationalist movement that had been fighting Morocco’s occupation of the Western Sahara since early 1976. Driving west over a roadless track through the desert, they had come upon the town of Mahbes, which had been the site of a recent battle. The town was deserted except for a few scrawny dogs, burned-out trucks, empty ammunition cases, spent bullets, and abandoned detritus of about fifty Moroccan corpses in various stages of decomposition. Later in the day, left to contemplate his own role in this strange tableau, Houser thought to himself, “What in the world is an ordained Christian clergyman and a lifelong pacifist doing in the middle of the Sahara Desert with a bunch of armed, Muslim guerrillas fighting for the independence of their country? Why wasn’t I preaching a sermon on this Christian Sabbath back somewhere in Colorado?”

Why, indeed, wasn’t he back in Colorado, living the comfortable life of a Midwestern Protestant clergyman? After all, this is what his father, a Methodist Episcopal minister, had always envisioned for him. Instead, Houser’s path had taken him to turbulent centers of the struggles for peace, racial justice, and self-determination in radical resistance to the “war machine” during World War II; to nonviolent civil disobedience campaigns challenging racial segregation in the United States; and to efforts supporting anticolonial movements throughout Africa during the Cold War. During the course of a life that stretched just a year shy of a century, he would come to know and work with most of the leading figures of the twentieth century’s major movements for peace, human rights, and self-determination, as well as almost every leader of the major independence movements—many of whom would become heads of state—in the struggle for self-determination in Africa.

Asked toward the end of his life how he would sum up his life’s work, Houser thought for a moment and then answered with characteristic understatement: “Well, I had an interesting life. I saw a lot of history.” But he also helped to make some of that history, not as one of the “great men” of schoolbook history texts but as a behind-the-scenes organizer and pioneer in modeling many of the strategies and tactics adopted by movement activists later in the century.

In his seminal work on the origins of the civil rights movement, Aldon D. Morris pointed out that movements responsible for historical change do not spring up spontaneously but are the work of unsung organizers who prepare the soil ahead of time. Twenty-five years before a draft resistance movement against the Vietnam War emerged, Houser refused to register for the World War II draft. Seventeen years before the Greensboro sit-ins riveted the nation’s attention on the long festering wound of racial segregation, Houser led sit-ins and other forms of civil disobedience in northern and border states in support of desegregation in public accommodations. Twenty-five years before passage of the Fair Housing Act of 1968, Houser challenged racially restrictive housing covenants. Fourteen years before the famous “Freedom Rides” into the South made national headlines in 1961, Houser and Bayard Rustin organized the first “Freedom Ride” into the upper South. Twenty years before a large-scale solidarity movement with victims caught up in the wars in Central America emerged in the 1970s, Houser was pioneering a model of transnational activism with the victims of colonialism and imperialism in Africa.

During the course of a life that stretched just a year shy of a century, Houser would come to know and work with most of the leading figures of the twentieth century’s major movements for peace, human rights, and self-determination.

Houser not only helped to make history but had a front row seat at several historic landmarks. He was an invited guest at most of the pivotal political events associated with African independence, attended many independence celebrations, all three of the All-African People’s Conferences, and the founding conference of the Organization for African Unity (OAU). He also served as an observer of the first free elections in Zimbabwe and Namibia.

Few people recognize Houser’s name outside those familiar with the scholarship on the civil rights or African anticolonial movements. Perhaps this is because he was a white man whose life’s work supported the liberation of those oppressed by racism and colonialism; he was also an unassuming man who saw himself as part of the larger movement of collective history. Yet Houser was more than just a bit player. He was central to that early civil rights movement. Without his steady shepherding of the Congress of Racial Equality (CORE) as its executive secretary for over a decade—at a time when funding was almost nonexistent and agitation for racial justice did not always make for front-page national news like it eventually would—the organization might have folded, making its resurrection later as one of the major civil rights organizations of the 1960s revolution unlikely.

Scholarship on Africa, with some exceptions, has largely downplayed Houser’s role, yet his most far-ranging contribution to the struggle for justice in the latter half of the twentieth century was his role in founding and leading the American Committee on Africa (ACOA). According to Dumisani Kumalo, postapartheid South Africa’s first ambassador to the UN, “Their [Houser’s and ACOA’s] efforts have yet to be properly memorialized or even properly recognized. The truth is that many Americans came to know about Nelson Mandela and apartheid through the efforts of George and his comrades.” From the 1950s through to the end of South African apartheid in 1994, this small organization played a disproportionate role in introducing the leaders of emerging African independence movements to the world. ACOA also secured their international legitimacy by helping to build support for their causes and in serving as a liaison between the civil rights movement at home and the cause of African liberation abroad.

Although movements are never the work of one person, Houser had a single-minded dedication to the networking that bridged cultures and two continents. His extraordinary administrative, organizational, and strategic mind and his sheer persistence (some would say stubbornness) in midwifing two landmark organizations were essential in laying the groundwork for ending not only institutionalized racial segregation in the United States but also the apartheid state in South Africa and colonialism throughout Africa. 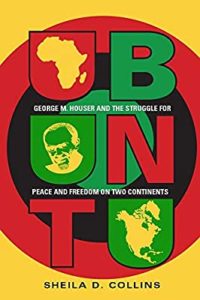 Sheila D. Collins is professor emerita of political science at William Paterson University. She is the author or coauthor of seven books and numerous articles, book chapters, and encyclopedia entries on politics and public policy, the environment, social movements, and religion. 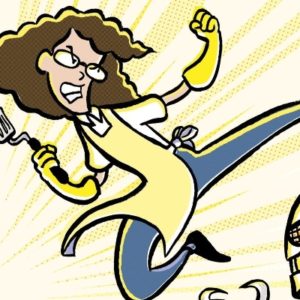