City of a Thousand Gates 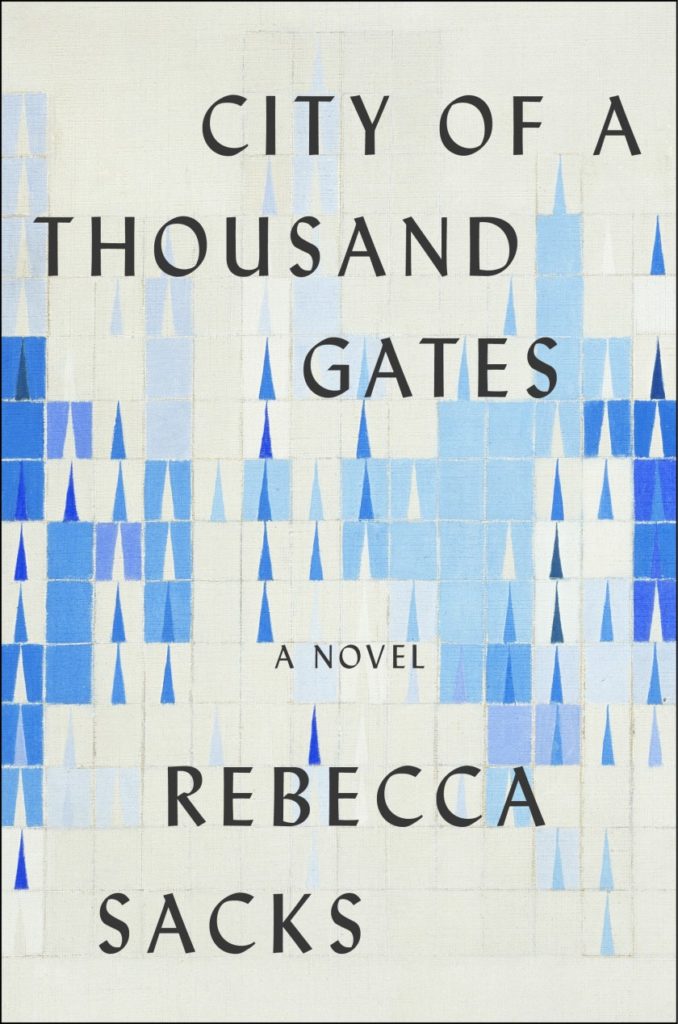 The following is excerpted from Rebecca Sacks' debut novel, City of a Thousand Gates, about present-day Israel and Palestine. Sacks has been awarded fellowships from the Bread Loaf Writers' Conference, the Juniper Summer Writing Institute and the Mellon-Sawyer Documenting War Seminar Series. She worked for several years at Vanity Fair before moving to Israel, and her dispatches from Tel Aviv and Jerusalem have been published in journals such as the Paris Review Daily.

He knows the bus is pulling into the Central Station because it slows to ascend a ramp. The closer he gets, the calmer he gets. None of this is intuitive. He’s never terrified when he should be terrified. The first time Hamid came inside without papers, he was stupid about it, and so of course got tear canisters shot at him. This was before he had the job with Segev. Before he knew how it worked—the early-morning rides down south to spots where you can slip through, the waiting cars—before it was all a routine. He had seen a rope that someone else had used. He took his chance, hoisted himself over the cement slabs like a mountain climber. His palms, not yet hardened with working blisters, tore. Before his feet hit the ground, the live canisters were coming, and, from the guard tower, the voices shouted in Hebrew. Even then, he was calm. He knew what to do, the way to run, to zigzag, only later stopping in a side alley to puke.

The bus brakes squeak to a stop. People begin to move, bags crinkle, sweaters are unfolded. He closes his eyes. Come on. He doesn’t move. Come on. Then, aloud to himself: “Yalla.” And he gets up, takes his backpack from the seat next to him, and descends from the bus. They’re posted just outside the exit so that you have to pass them to get out, which he needs to do if he wants to catch a shared van going southeast. If he can make it to East Jerusalem, getting to Bethlehem from there won’t be so bad. Gray uniforms of the border police, each with a handgun and a semiautomatic, a pair of silver handcuffs dangling from a pocket. They are standing in the sun. Another weird thing Hamid has almost gotten used to: a lot of them are girls, the soldiers in gray who get in guys’ faces to check their papers and pat them down. Teenage girls his own age—crazy humiliating, that it’s a woman who does it to you. A woman treating you like a woman.

Hamid is under the fluorescents of the bus complex. There is nowhere to run. Inside the station is a labyrinth of cheap clothing shops and closed storefronts, Filipino grocers, and, he’s heard, a complex of clubs and abandoned movie theaters underneath.

His skin is prickly. What he needs is to buy himself some time. The corridor leading outside, leading past the soldiers, has a few shops. Who would come here to buy anything? Who would come here voluntarily? There’s a rip-off cell phone kiosk and next to that, a guy with a little falafel stand. The falafel guy—a heavyset Jew, with signs saying the food is kosher; Hamid can read enough Hebrew to tell—is sweaty and unshaven and putting on a little show, flipping around his spreading knife, throwing falafel into the deep fryer then opening up a pita, each movement marked by a tap of the knife. His stall is decorated by a string of palm-sized Zionist flags. Somehow, a gray dove has gotten inside. It mills around the exit like a tiny businessman.

From where he’s standing, Hamid can watch the soldiers at the exit checking papers and try to divine some kind of pattern. They check almost everyone, almost. Sometimes they let someone pass, but without any detectable reason. Of the two soldiers, one is unsettlingly pretty: long hair, small waist pinched in by a belt. It makes it worse, somehow. The falafel guy is still moving, bobbing, smacking out rhythms with his dull spreading knife. Knife in her face, slashing her fucking face. Shut up, focus.

From where he’s standing, Hamid can watch the soldiers at the exit checking papers and try to divine some kind of pattern.

“Im hakol?” the falafel man says in Hebrew, calling to someone down the hallway, to the guy who ordered. Hamid hears the Arabic in the Jew’s accent—always an odd sensation to know that the man’s family came from Iraq or Morocco, came here to invent Israel. Hamid stays focused on the exit, which is quiet for a moment. Not a good time to go. He leans against the falafel stand’s display glass. There are piles of chopped cucumber and tomato, cabbage pickled purple—a landscape of plenty. A few more people pass him where he stands, must be another bus just got in. One of the soldiers pulls aside an elderly man, someone’s grandfather, in from a southern village. Yaa haaj, what are you doing here? The soldier talks into her radio while the haaj tries to explain something to her. He points to a document that she holds in her hand now. She doesn’t acknowledge that she hears him. The man is stooped with age, thin in a cheap striped T-shirt, which is clean; it is the necessity and fragility of his dignity, of the clean T-shirt’s dignity, that makes it so hard to watch. And Hamid knows that it has to be now. If he’s going to make it through, it will have to be now, while they are dealing with someone else but before the situation escalates and the soldiers go crazy, before they arrest the old man or he starts crying. Hamid feels like a bastard, but what can he do? Twelve steps and he’s out. Twelve steps.

He walks toward the exit, two steps, four, seven. He is looking past the soldiers as if he were already outside, as if he had momentum. Hawiyya out of his pocket. Nine steps, almost there. He feels a freezing-cold dread rise up from the deepest part of his gut as the soldiers turn at the same time to look at him, and he knows he will not make it. He will not make it. They are going to get him.

Then a voice behind him.

“Achi!” The falafel guy comes out from behind the counter, carrying a falafel in bread. The Jew laughs, says a jumble of words in Hebrew. They filter toward Hamid: Forgot, you forgot, didn’t you forget, aren’t you forgetting something? An olive-colored man, swarthy and glistening. An Arab in another life. He’s speaking in Hebrew, but Hamid has been working with Segev long enough to understand him.

Information reorganizes itself; the situation appears to him in separate parts being fit back together, him in it and all the other little pieces. This man has confused Hamid with someone else. With whoever ordered. But how? The soldiers are still watching. Is this a joke? A trick? A dream? Does it matter? Hamid adjusts. He is focused. He is present. Now he knows what to do.

In Hebrew, he says, “Ken, ken, shakhakhti,” And takes the bread, heavy with falafel and salads and sauce. It is warm in his hand. The smell is overwhelming. He thanks him: Todah.

Something about this exchange, the normalcy of this exchange, has opened a door, has created a moment. Now, now, it has to be now. Hamid has the green plastic case of his ID in one hand and a dripping pita in the other. The soldiers have returned their attention to the short man whom Hamid cannot bring himself to look at. He smiles like a clown, a little sauce dripping down his hand. Warm sesame. He’s young, and he looks younger, a skinny guy in fashionable sneakers with a pita the size of his own head. He’s moving, expired permit held up to the sexy soldier, who nods without bothering to inspect it. She wrinkles her nose as if the falafel stinks—it probably does. Hamid walks out into the acute angle of a midday sun. He keeps walking, as if he has any idea where he is going, keeping his pace even, not breaking into the run that is itching up his legs. Behind him, a man is being harassed, maybe arrested. Somewhere else, a young man—a boy named Salem—has been chewed up by the Jewish machine and lies nearly lifeless in an East Jerusalem hospital. Above Hamid, a dove has taken flight into the filthy sky. But Hamid is walking up a crowded sidewalk still holding the uneaten falafel, his hawiyya back in his pocket, and to the God he is no longer sure he believes in, he is whispering, “Thank you, thank you, thank you.”

Watch this video of Gore Vidal roasting Kurt Vonnegut (and um, hitting on his wife). 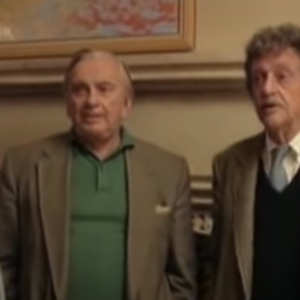 Watch this video of Gore Vidal roasting Kurt Vonnegut (and um, hitting on his wife). Some light snowstorm viewing for you: Gore Vidal and Kurt Vonnegut and Jill Krementz having a wonderful time. In under two minutes,...
© LitHub
Back to top