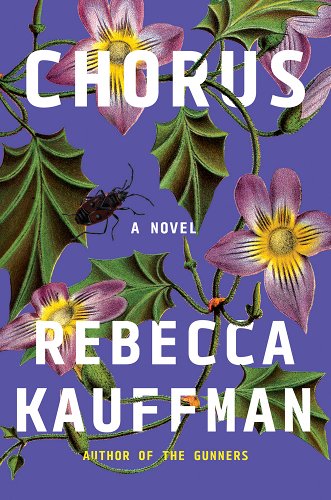 The following is excerpted from Rebeca Kauffman's new novel Chorus. Kauffman received her MFA in creative writing from New York University. She is the author of Another Place You've Never Been, which was longlisted for the Center for Fiction First Novel Prize, The Gunners, which received the Premio Tribuk dei Librai award, and The House on Fripp Island. Originally from rural northeastern Ohio, she now lives in Virginia.

A series of tornadoes tore eastward on May 2, 1929, touching down at locations all the way from Oklahoma to Maryland. The worst occurred in Rye Cove, Virginia, where a school building was yanked off the ground while the children were on noon recess. Desks made of oak and iron were tossed around like candy. A dumb rumor circulated about the wind sweeping feathers clean off the chickens at a neighboring farm, and hair off the cows. The terrible reality was: thirteen dead children, though it took many hours of many fathers searching through debris to confirm this.

The Shaw family lived a hundred miles from Rye Cove, and well outside of the storm’s path. They experienced no impact. Jim Shaw learned of the tornado and the carnage days after it occurred, from a neighbor who had listened to extensive coverage on the radio. Jim didn’t discuss it with his wife nor any of his children. He carried and considered it silently as he went about his work that day, reinforcing the hog pen, training his filly for the harness and dressing an infection near her eye. At dusk, Jim was returning the filly to her stall when his youngest son, Henry, came to him in distress. Henry was crying so hard he was drooling. The only word Jim could make out was hanging. Or was it aching or was it ringing?

Jim’s throat felt as though it was filling with sand, and he choked, “Where?”

Henry pointed in the direction of the grove of tulip poplar trees, where the children liked to play. Jim picked him up and headed that way, running. Henry was a sensitive boy, frightened by loud sounds and long shadows and chicken bones. So it was probably merely a dead squirrel or rabbit that Henry had found, Jim thought, or that one of the other children had a bloody nose. It was probably nothing. Yet Jim’s heart was whacking at his eye sockets in sheer terror as he ran with his son.

The sky was darkening overhead but still ablaze on the horizon, the sun’s flames licking up over the tree line. Jim ran faster, his son’s knees and elbows clamped so tight around his belly and neck that Jim could hardly find air.

When they neared the tulip poplars, Jim heard the awful thing before he saw it. He stopped running and stood still for a moment, panting. The screeching was sustained, almost with a melody. Birdlike, but only sort of. Then he saw the flapping of wings and in an instant his whole chemical composition changed, adrenaline evaporating, muscles going loose and long, his entire body sagging with the sudden lethargy of deep relief.

He set his son on the ground, said, “Wait here,” and approached the scene.

An owl! A tannish thing with white and gray accents, eyes ringed with gold, ear tufts large and catlike. It shrieked as it rose and fell, lurching upward then drawn back down, tethered to the ground by some force.

When Jim drew nearer he saw fur, then the full body of a weasel that was gripping the foot of the owl in its teeth. The weasel was small, a juvenile, and each time the owl lifted off the ground in an attempt to fly away it did so with a bit of success; the weasel was partially lifted off the ground, too, its torso stretching long, but body still anchored to the ground by its hind legs. Hanging, like Henry had said.

Jim sucked in his breath and moved closer. He’d heard owls in the night and seen evidence of weasels in the morning, but had never actually laid eyes on either of these mysterious night hunters, and never could have imagined this bizarre warfare taking place before him. The owl’s panic intensified with Jim’s approach. It screamed and flapped harder, yet the two animals remained locked together. Jim took a few more steps forward. Behind him, Henry howled.

The weasel turned its head to glower at Jim. When it registered the size of his figure, it released its hold on the owl’s foot and darted off into the dark grass. The liberated owl flew up into the dark trees. It disappeared into their shadowy boughs, then emerged above the tree line and soared in large circles. Jim was transfixed, and allowed himself to be moved by beauty; the freedom and dignity of the owl’s flight filled him with such awe that for a bit he was so lost he wouldn’t have known his own name.

Henry joined his father soon, placing his warm, damp hand in Jim’s. He said, “I didn’t want to see a dead thing.”

“I thought that was the only way it could possibly end,” Henry said.

At supper, Henry triumphantly reported to his six siblings what he and his father had seen in the tulip poplar grove. There were no tears in his recollection.

His sister Maeve turned to their father and said, “Is it true?”

The children were keen to hear more details about the violence, and the outcome of the fight.

After the meal, while his sisters were cleaning up, Henry approached his father. Emboldened by his siblings’ response to the story, he said, “I could tell Mommy.”

“Maybe the story would help her feel better,” Henry offered.

Jim said again, “Another time?” He tried harder to lift his voice, but he was weary and so it was even harder than normal to impart optimism.

Mrs. Shaw was in one of her dark moods and hadn’t left the bed in weeks. The older children were used to this behavior by now, but the younger ones still asked after her, still hoping for something different. Jim moved awkwardly around the topic of his wife’s health, and other topics that were less complicated, too. Every single person Jim had ever encountered in his entire life mystified him, including his own children, and he often felt woefully incapable of the simplest human gestures. He worried that his efforts where his children were concerned were either wrong, or, more often, inadequate: saying too little, deferring, deflecting. He was so fearful of their faces.

Jim was relieved when Henry didn’t push the idea of entering the bedroom to relay the story to his mother. Sometimes Henry didn’t give up so easily.

Jim sat at the kitchen table and stared into his book of notes and numbers, as he did nearly every evening. He was tempted to ask his eldest son, Sam, to double-check his math. It wasn’t that Jim was too proud to ask, he just hated to burden Sam with another task in the evening, after a hard day’s work. Dared they go further into debt, Jim wondered, to purchase a gas-powered tractor? Or would it make more sense to invest in cattle? Would a healthy sow command the same price it had in years past? His mind whirred. Was the chicken coop secure enough that if either the owl or the weasel returned in the night, the eggs would be safe? What about the rabbit hutch? So much of farming was protecting what belonged to you, and it seemed to Jim that no amount of up-keep or oversight would ever be enough in this regard; there would always be a place where the fencing was weak.

Eventually, Jim left the table to help his eldest daughter, Wendy, get the little ones ready for bed. He gave Henry extra attention, hoping the combat they had seen would not produce bad dreams.

Later in his own bed, Jim’s mind meandered through pieces of his day on its way toward sleep. But when he pictured the owl and the weasel, he was already so tired, his thoughts already so detached from reality and from one another that he was certain this could not have been from his day. He had to be dreaming already, because that was not real stuff; you didn’t go through life bearing witness to moments like that. And furthermore, an owl could not be real, could it? A bird with a cat-shaped head, a bird with a name like owl…? Jim’s brain skittered around, owl, owl, trying to find purchase with a word so strange, trying it out in different shapes, trying to believe in it.

Next to him, his wife sat up slowly and reached to her bedside table for a pill to assist her sleeping. Jim watched through one hazy half-eye. She tipped her head back to take the pill without water, and this, too, seemed almost certainly a dream—her slender neck so graceful it was impossible—until the abrupt groaning of the bed frame beneath her caused Jim to startle awake.

Heart suddenly galloping, he watched his wife settle back into bed. When her breathing slowed, Jim turned toward the window and stared out at the crust of moon that hung above the trees. He pictured the fathers of Rye Cove carrying shovels under this same moon, their streaked faces both hopeless and hopeful, digging through rubble late into the night, searching like madmen for either proof of death, or proof of life. And he knew that this beautiful world had a forked tongue. And he knew that everything he thought and felt and feared was real.

Excerpted from Chorus by Rebecca Kauffman. Published by Counterpoint. Copyright © 2022. All rights reserved.

Keep Calm and Trust the Science by Luke O’Neill, Read by Ruairi Conaghan 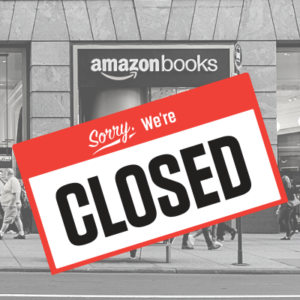 Good news alert: Amazon is closing its physical bookstores. Ding dong! The wicked witch is dead! Or at least, it will no longer linger on our streets. Amazon dot com has just announced...
© LitHub
Back to top