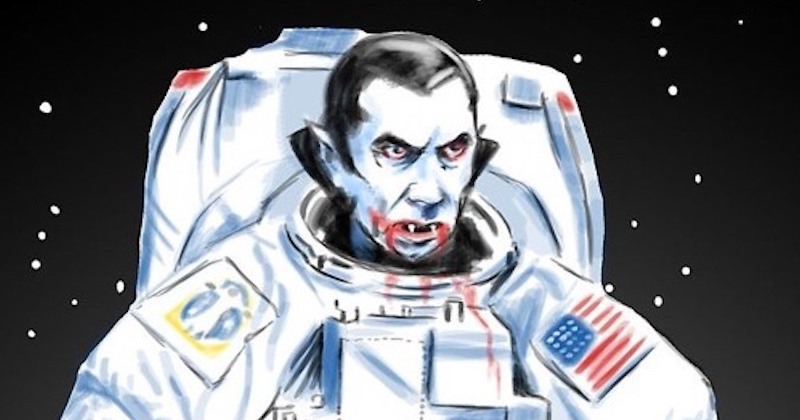 You might assume that, but you’d be wrong. Dead wrong.

Chloé Zhao (Nomadland, The Rider), one of the most acclaimed and in-demand young directors at work today, is bringing us what we didn’t know we always wanted: Sci-Fi Western Dracula.

Yes, it seems Universal Pictures is developing a futuristic vampire western in space and they’ve hired Zhao to write and direct.

Little is known about the project beyond what I’ve just told you, so let the wild speculation begin. Maybe Dracula will be a stowaway on a sort of cosmic Oregon trail ride. Maybe Van Helsing will be a Han Solo-esque space cowboy figure, galavanting around the galaxy in search of space vamps to kill. Maybe Jonathan Harker is a bumbling space solicitor sent to Planet Transylvania to consult with a mysterious space Count.