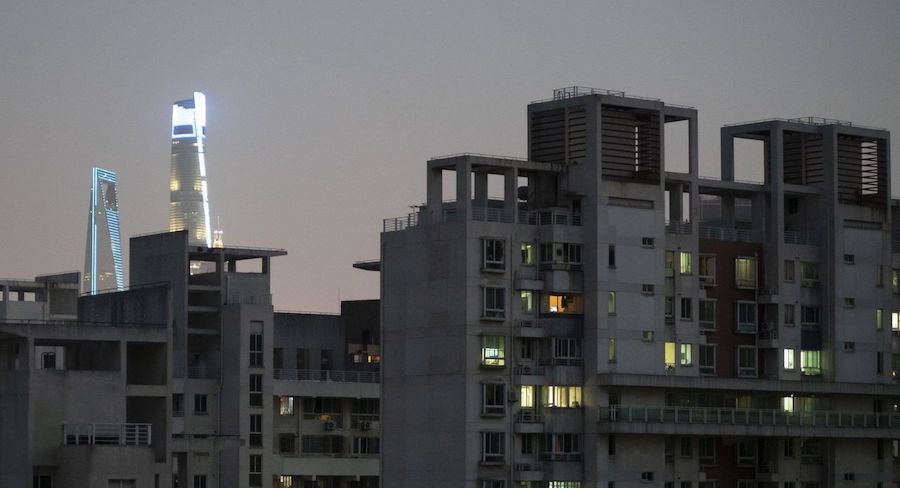 Lockdowns in China, which has been pursuing a zero-covid approach to the pandemic in recent months, are unlike anything Americans have experienced. In the name of mass contact tracing, the Chinese government has been severely restricting movement for millions of its citizens—including Nikki Wong, a writer living in a locked-down section of Shanghai.

According to this NPR report by Emily Feng, these lockdowns have also been requiring daily PCR tests, a process that can often mean waiting in long lines. Standing in one such line, on a rainy day, Wong was suddenly reminded of a scene in One Hundred Years of Solitude, Gabriel Garcia Marquez’s much beloved novel, in which one of the characters says to Colonel Buendia: “Aureliano, it’s raining in Macondo.”

Says Wong: “He’s describing such a mundane experience, but as readers we can feel the oppressive loneliness of it, and if we can take a step back to observe this seemingly routine moment in history we can see it’s greater symbolism.” This resonated deeply with Wong’s experience of waiting in the rain for a covid test. So deeply, in fact, she decided to rewrite the passage from Garcia Marquez’s book to reflect her own pandemic experience in Shanghai:

At the end, Colonel Hernando Marquez looked at the line for PCR tests, the people’s faces blurred under their masks, and they found themselves lost in solitude. “Aureliano,” he typed sadly, “the compound is doing PCR tests.”

Wong, who posted her writing to an online community of Chinese writers, isn’t alone in her remixing of classics. Other writers—out of boredom or frustration—have been adapting the work of writers like Calvino, Chekhov, and Salinger to reflect their experiences of pandemic lockdown. As diversion—or even a kind of therapy—these literary remixes sound like a remarkably healthy kind of fanfiction in the face of a bleak and endless lockdown.