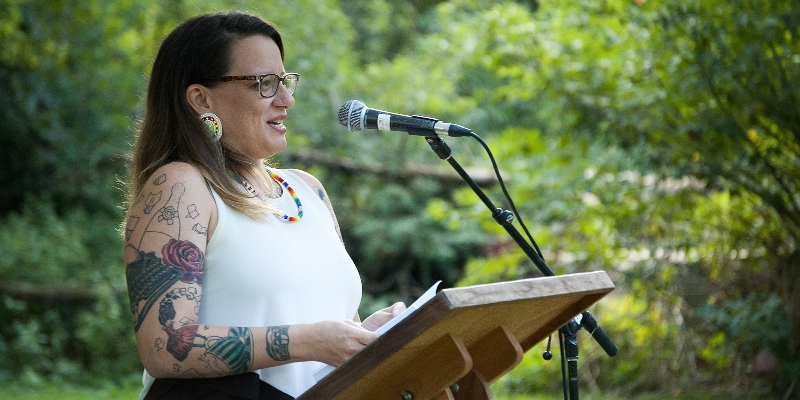 This week on First Draft, Cherie Dimaline joins Mitzi to discuss her novel, Empire of Wild, out now from William Morrow & Company.

Cherie Dimaline: I realized in writing over the years that some of the first readers I’ve ever had, and people who still pick up my books, are a lot of Native youth. It’s such a privilege to have them read my work. And I get it. I remember growing up, there wasn’t Native literature around. It wasn’t common; you didn’t see yourself reflected—certainly not in a good way—in any of the media you had access to, books or movies or TV shows. You didn’t see yourself in a good way in the classroom because the version of history you were being taught was that we were saved, and we were savages, and all of these horrible narratives that really don’t feel good when you’re growing up and this is your community.

I’m always really conscious when I’m writing that I want to be truthful. I don’t want to write stereotypes. I don’t think I could; I was privileged enough to be able to grow up in my community, so I have very real experiences of it. But I want to make sure that in all of my stories I’m truthful, especially for young readers. I was developing the story, and I thought, something’s missing. Because Zeus didn’t appear in my mind when I was working on it at the beginning. And I thought, god, what is missing? There’s some sort of possibility. There’s a lightness. There’s a funny older traditional woman; and there’s Mere, the grandmother, who’s very strong and loving; and Joan has comedic moments, and her family’s kind of crazy, but what is missing?

I was talking to Lee Maracle, who’s a renowned Native author, we were talking about a lot of things, and she said, you know, I think you had an easier time writing your book before, which was The Marrow Thieves, because it was young people, and in our communities we need young people. We need youth. They give us hope, and we always are conscious of leaving if not a door then a window open for them, so that no matter how dark things get, there’s always light.

And I thought, ah, there it is, I’m missing a young person. And I thought, okay, I don’t know whether this person is going to identify as male or female or who they’re going to be, so I’m just going to start writing a dialogue between Joan and this young person, and let’s just see what happens. And Zeus developed out of that. He is different, as most people are—very unique, incredibly intelligent, funny, just really does resemble so many of the indigenous youth that I know, that I grew up with, and that I’ve met over the past years doing the literary circuit. And I loved that about him, that he just quite naturally took on all of these odd little pieces that make a person so special.

Cherie Dimaline is a member of the Georgian Bay Metis Community in Ontario and has published five books. Her 2017 book, The Marrow Thieves, won the Governor General’s Award and the prestigious Kirkus Prize for Young Readers, was a finalist for the White Pine Award, and was the fan favourite for CBC’s 2018 Canada Reads. Her new novel, Empire of Wild, became an instant Canadian bestseller and was named Indigo’s #1 Best Book of 2019. 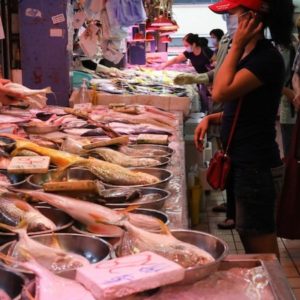