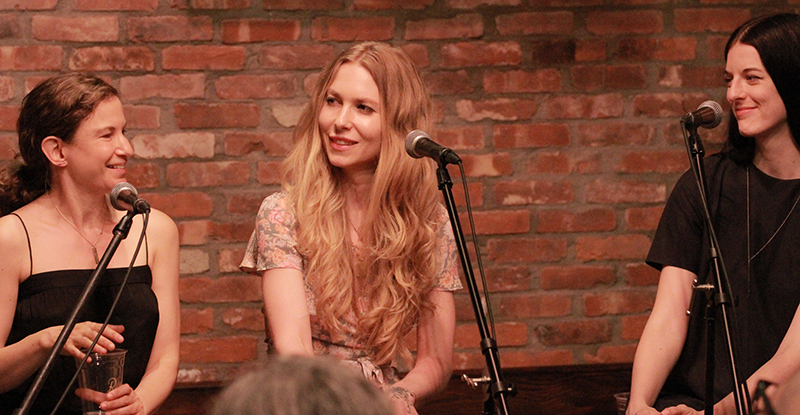 Chelsea Hodson, Allie Rowbottom, and Amanda Stern on Putting Themselves Out in the World

This week, the podcast features the reading and panel discussion from the LIC Reading Series event on July 10, 2018, with Chelsea Hodson (Tonight I’m Someone Else), Allie Rowbottom (Jell-O Girls), and Amanda Stern (Little Panic). Listen to the readings from the event here!

Chelsea Hodson is the author of the book of essays Tonight I’m Someone Else and the chapbook Pity the Animal. She teaches at Bennington College and she co-founded the Mors Tua Vita Mea workshop in Sezze Romano, Italy. She has been awarded fellowships from MacDowell Colony and PEN Center USA Emerging Voices. Her writing has appeared in The New York Times Magazine, Frieze Magazine, Hazlitt, and elsewhere. She lives in Brooklyn, New York.

Allie Rowbottom‘s essays can be found in Vanity Fair, Salon, The Florida Review, No Tokens, The South Loop Review, PQueue, Hunger Mountain, The Rumpus, A Women’s Thing and elsewhere. Her essay “Ghosts and Houses” won the 2015 Editor’s Award from The Florida Review and received a “notable” mention in The Best American Essays of 2016. Her long lyric work, “World of Blue” received her a “notable” mention in The Best American Essays of 2015. She has taught fiction and non-fiction at the University of Houston and CalArts, as well as at Boldface, an undergraduate creative writing conference. Allie has been the recipient of fellowships from Inprint and Tin House, where she was a 2016 scholar.

Amanda Stern is the author of the novel The Long Haul and the nine book Frankly Frannie middle grade series. Since 2003, she has helmed the Happy Ending Reading series and she’s been a NYFA Fiction Fellow and held residencies at the MacDowell Colony and Yaddo. Her writing has appeared in The New York Times, New York Times Magazine, Salon, Post Road and St. Ann’s Review.
* 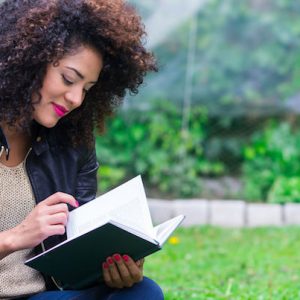