Check out this typeface inspired by Nicaraguan poet Rubén Darío.

I’ve noticed that poets on the internet typically inspire either rhapsodic Twitter-praise (often from other poets), or extreme annoyance. So it’s nice to see someone react to one in a slightly more concrete way (even if the poet in question died in 1916). Inspired by Rubén Darío, the Nicaraguan poet who lead the Modernismo literary movement, designed Dainin Solis created a typography concept called Azul (named after one of Darío’s major works).

Specifically, Azul was “inspired by the ornamental details in the diplomatic uniform” worn by the poet “in front of the court of Alfonso XIII in Madrid, Spain.” I’m not a font hound, but this one definitely looks like a poet’s fancy coat to me: 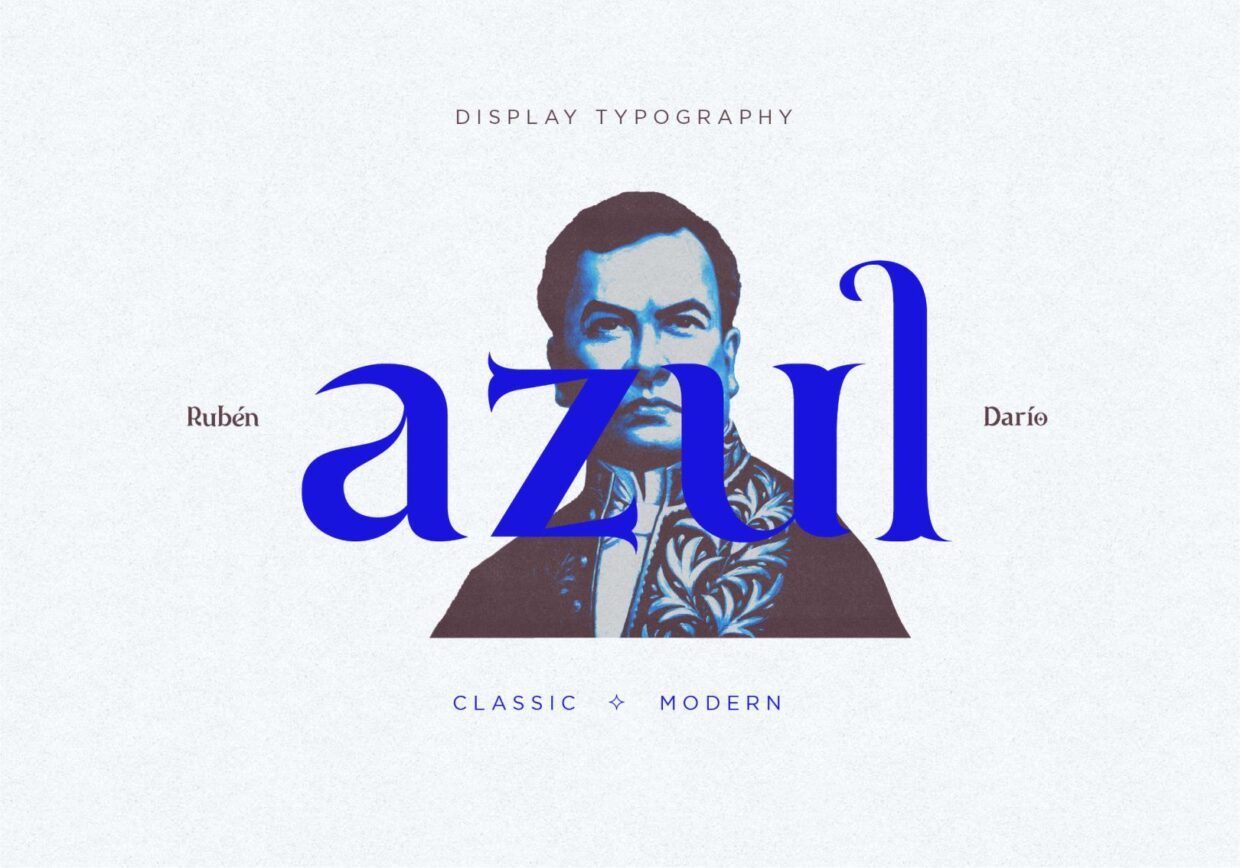 I applaud Solis’ project, and I think we need more poet-inspired fonts. Here are a few ideas:

-Sappho: Every letter is only half drawn, but in a really sexy way.

-Gertrude Stein: Every letter is repeated from two to seven times.

-Maya Angelou: Destined to be universally beloved. With serifs. (Maya Angelou might just be Garamond.)