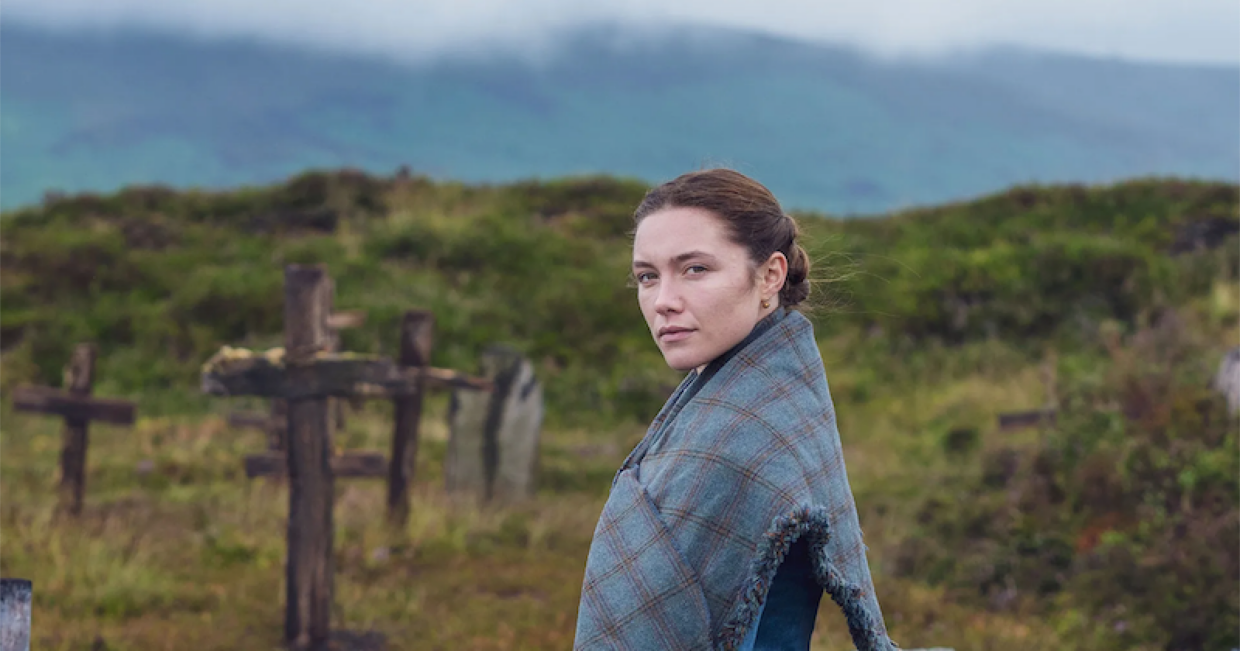 Check out the creepy first trailer for The Wonder.

If you like eerie, 19th-century period pieces about the clash between faith and science, tradition and modernity, superstitious Irish peasants and haughty British interlopers, then you’ll want to check out The Wonder, Sebastián Lelio’s adaptation of Emma Donoghue’s Giller Prize-nominated 2016 novel.

Earlier today, Netflix released the first trailer for the film, which premiered at the Telluride Film Festival last month and which will hit the streamer on November 16.

Florence Pugh (Lady Macbeth, Midsommer)—a genuinely superb actor whose most recent roles include Interchangeable Marvel Superhero #4,032 in Disney+’s Hawkman and the Ghost at the Feast in Olivia Wilde’s low-key Don’t Worry Darling press tour—plays English Nightingale Nurse Lib Wright, who is called to a devout community in the Irish Midlands to examine 11-year-old Anna, who claims to have not eaten for four months, surviving on “manna from heaven.”