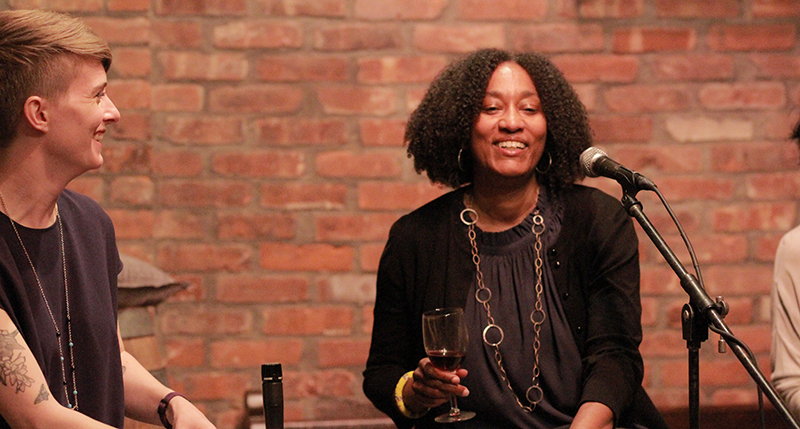 Chaya Babu, YZ Chin, and Bridgett Davis on Letting Go and the Idea of Home

This week, the podcast features the reading and panel discussion from the LIC Reading Series event on May 8, 2018, in collaboration with Feminist Press, with Chaya Babu (Go Home!), YZ Chin (Though I Get Home), and Bridgett Davis (The World According to Fannie Davis). Listen to this week’s reading here!

Chaya Babu is a Brooklyn-based writer, journalist, educator, and healer. Her work has been featured in The Margins, Open City, BuzzFeed, CNN, The Feminist Wire, Huffington Post, and more. She is completing a creative writing MFA at Pratt, where her thesis manuscript focused on diaspora, loss, and the intergenerational trauma of migration and exile. Chaya contributed to the anthology Go Home!, published by Feminist Press in March 2018.

Bridgett M. Davis is the author of the memoir, The World According To Fannie Davis: My Mother’s Life In The Detroit Numbers, a New York Times Editors’ Choice, a 2020 Michigan Notable Book, and named a Best Book of 2019 by Kirkus Reviews, BuzzFeed, NBC News and Parade Magazine. She is also the author of two novels, Into the Go-Slow and Shifting Through Neutral, shortlisted for the Hurston/Wright Award. She is writer/director of the award-winning feature film Naked Acts, and a creative writing and journalism professor at Baruch College in New York. Her essays have appeared in The New York Times, The Washington Post, The Millions, Real Simple, the LA Times, Salon and O, Oprah Magazine. A graduate of Spelman College and Columbia University’s Graduate School of Journalism, she lives in Brooklyn with her family. Visit her website at www.bridgettdavis.com.
*

We're finally getting a TV adaptation of The House on Mango Street.

Behind the Mic: On the Audiobook Version of Carmen Maria Machado's Memoir 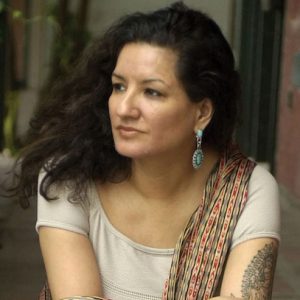 We're finally getting a TV adaptation of The House on Mango Street.

For a long time, Sandra Cisneros resisted the idea of having her much-loved 1983 classic, The House on Mango Street, adapted...
© LitHub
Back to top