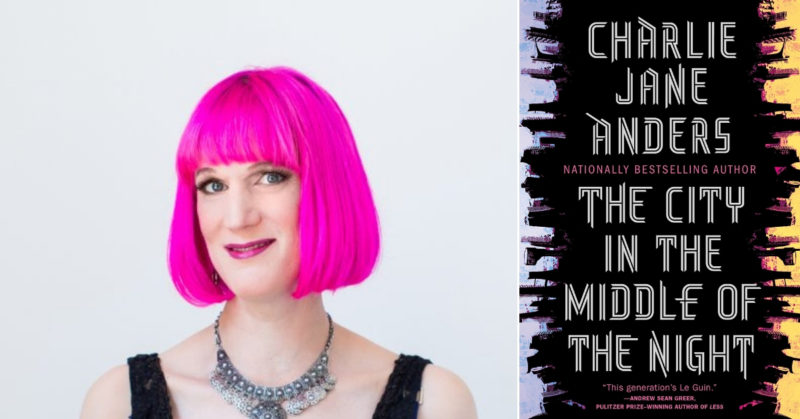 This week on New Books in Science Fiction, Rob Wolf talks to Charlie Jane Anders, the award-winning author who is also a publisher, performance artist, podcast host and, as organizer of the monthly Writers With Drinks reading series in San Francisco, a patron of the arts.

Her new book, The City in the Middle of the Night (Tor Books, 2019), is set on a planet of rigid social classes, harsh climate and frightening aliens. It is a story that tackles heavy themes: revolution, genocide, colonization, and the decline of human civilization.

It is also a coming-of-age tale about Sophie, a young woman who ventures where no human has gone before: into the planet’s permanent dark side. There she befriends the Gelet, the tentacled native inhabitants whom humans fear and hunt but who turn out to be sensitive, sentient, and able to communicate with Sophie through touch.

Eventually, Sophie submits to transformative surgery that makes her neither fully human nor fully Gelet, and yet places her squarely between the two species, the perfect spot (one hopes) to serve as an ambassador and halt (with the Gelet’s help) humanity’s decline.

Anders, whose previous work has earned Hugo, Nebula, William H. Crawford, Theodore Sturgeon, Locus and Lambda Literary awards, is an advocate for the power of science fiction to help humans prepare for the future. “I think that thinking about the future is a muscle. And the more you think about the future and the more you try to imagine different possible futures, the stronger that muscle gets and the more prepared you are for whatever is coming,” Anders says.

Rob Wolf: The City in the Middle of the Night is set on the planet January, which humans arrived on hundreds of years ago. Conditions are pretty harsh there.

RW: Humans founded two cities, Xiosphant, which is puritanical and rigid, and Argelo, which is wild and permissive. How and why did they evolve so differently?

CJA: It comes from the fact that this planet is so unlike Earth, and humans have to adapt. Basically because the sun never rises or sets, there’s the question of how do you know when to sleep? How do you know when to work? In the case of Xiosphant, the founders thought that to hold on to our basic humanity, we needed be going to bed at the same time and working at the same time. And so they have a strict curfew, but over a long period of time it’s become very conformist and controlling. And some people rejected that and went off to start Argelo, where people sleep whenever they feel like it, work whenever they feel like it, and everything is a little more chaotic.

Humans are never going to be able to adapt to life on this planet because it’s so different from Earth. We’re an invasive species, and the most we can do is come up with systems that enable us to approximate something that makes sense to us. But it’s not going to work forever.

RW: One of your main characters, a young woman named Sophie, is the first human to communicate with the indigenous sentient beings on January. Sophie calls them the Gelet, and they live in the planet’s harsh environment and play a transformative role in Sophie’s life and in the story. Can you talk about these aliens and how you came up with them?

CJA: I wanted to tell a story of first contact that wasn’t as tidy as they often are where we just learn their language or build a translator or use mathematics to communicate. I came up with this idea that they have tendrils, and when they touch each other or a human, they can secrete a neurotransmitter that gives you information or memories or ideas. I love the idea of non-verbal communication that is much more honest and much more open-ended and allows for a lot of stuff to be shared.

This form of communication creates in Sophie a really strong empathy for them. It’s easy to imagine humans looking at them and rejecting them as these frightening sub-intelligent monsters to be hunted rather than these sensitive sentient beings. But Sophie, when she does connect, has profound empathy because she understands them.

RW: In a recent op-ed in The Washington Post you wrote about the constructive role science fiction can play in society, and you specifically called upon artists to start once again incorporating nuclear war scenarios into their work. Why?

CJA: If there’s a future that’s radically different from the time we’re living in now—which is going to be the case with climate change or with nuclear war—we have a hard time imagining it, or preparing for it, or trying to prevent it. I think that you can explore a lot of scenarios in science fiction that help people to develop flexibility and hope and resilience and an awareness of the value of cooperation. 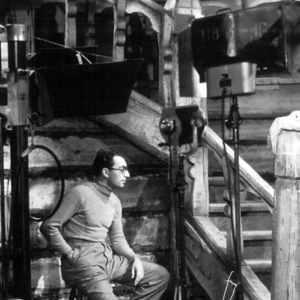 Like every artist, I long for that moment when all my years of work crescendo into a monumental masterpiece that is a testament...
© LitHub
Back to top