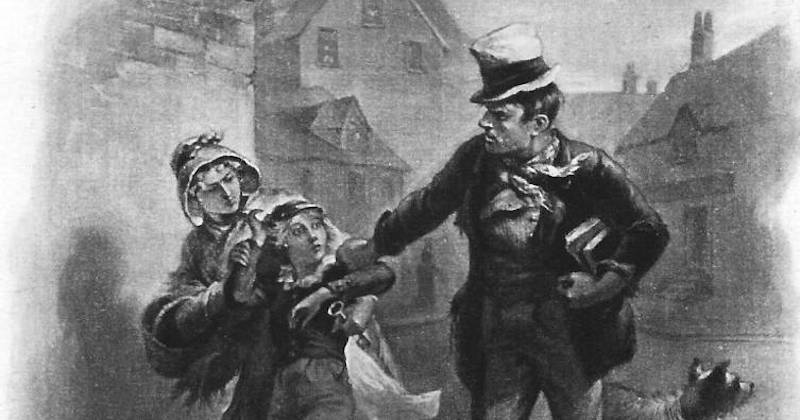 Charles Dickens worried his own writing was so powerful it would scare him and his friends to death.

It’s exciting to recognize the emotional power of your own writing; to look back and think, “How did I come up with that?” But apparently that power can also be scary: Charles Dickens, after writing the disturbing scene in Oliver Twist where Bill Sikes murders Nancy (spoilers!), was concerned that it was so shocking and frightening it might physically harm readers.

Driven by this fear, Dickens held a private reading with friends before a planned reading for the public in order to see whether listeners could handle the murder scene. His reasoning is outlined in a letter to his friend Thomas Beard:

I am going to do an odd thing on Saturday. I cannot make up my mind whether to read the murder from Oliver Twist, or no. So I am going to have a handful of private friends in St James’s Hall, to try how it affects them, and so decide. Can you come? At half past 8? It will not occupy more than an hour. I will send you a card of admission. Ever affectionately, Charles Dickens.

Not only did Dickens perform this experiment on his friends, but he also had a doctor record his pulse before and after reading different passages—the murder scene and more innocuous stories—to see if he was in danger. Reads the doctor’s note:

Happily, Dickens didn’t die, but maybe he was onto something: one of Dickens’s friends at the reading described the passage’s effect on Dickens as “startling, almost alarming.” The power of literature!

Both these documents can be seen in the Charles Dickens Museum’s new exhibition, More! Oliver Twist, Dickens and Stories of the City, in central London, which opens today. If you can’t make it, you can just take a look at that murder scene—just make sure to have medics on hand.