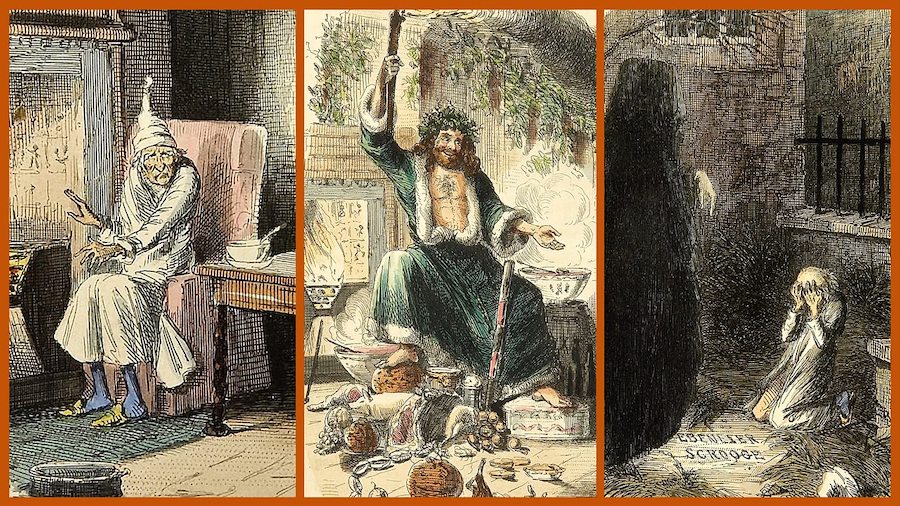 Happy Birthday to one of the greatest Christmas stories ever told, Charles Dickens’s A Christmas Carol, which was published on this date in 1843. Dickens—who, like all writers, needed money at the time—wrote the now-classic parable of avarice and redemption in just six weeks.

With another child on the way, and sales of the serialized Martin Chuzzlewit lagging, Dickens put an enormous amount of pressure on himself to write a hit, so much so that his body began to break down. According to this excerpt from Robert Douglas-Fairhurst’s A Christmas Carol and Other Stories by Charles Dickens:

At the same time, [Dickens’s] body had started to give out the ﬁrst warning signals that it was not as keen as his mind to be involved in so much at once, with the appearance of intermittent facial spasms which he put down to “rheumatism,” but which seem just as likely to have been an angry nervous tic. And all the while there were the voices in his head: the characters who, he said, clustered around his desk as he wrote, clamoring for his attention, like ghosts who could only be laid to rest once they had been set down on the page. “I seem to hear the people talking again,” he told a French journalist at the time.

It’s as if the ways in which Dickens felt haunted by the work—and the need to complete it—manifested in the intensity of the text itself. Dickens wrote at a furious pace and…

Given the degree to which Dickens felt his future was tethered to the completion (and success) of A Christmas Carol, it’s no surprise that he went a little wild when he finished. Again, here’s Douglas-Fairhurst:

Dickens wrote the ﬁnal pages at the beginning of December, following it with “The End” and three emphatic double underlinings. Then, he said, he “broke out like a Madman”: a whirl of parties, conjuring performances and dancing, as if he secretly worried that there would be something unhealthily Scrooge-like about staying in one place for too long during the festive season.

Of course, this would be a very sad story if A Christmas Carol had flopped—who knows how an overworked, over-partied, deeply stressed out Dickens would have coped with ever-diminishing financial security and a newborn baby. In the end, though, as it was for Ebeneezer Scrooge, whatever it was that haunted Dickens turned out far more benevolent than malign.