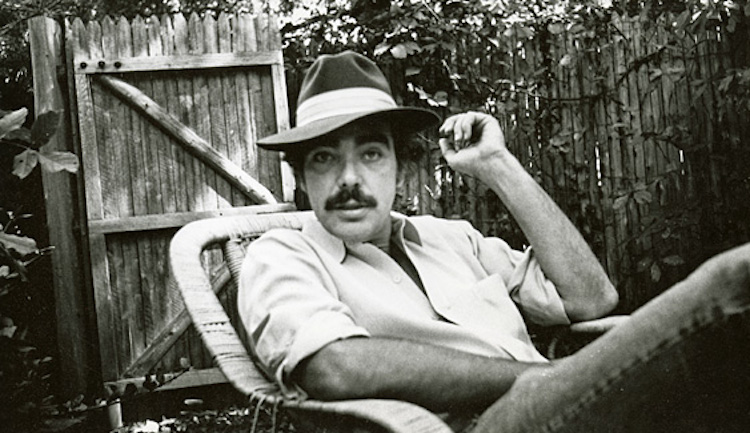 Remembering One of the Great Lizard Poets

I did not know Larry Levis well—and my guess is that few people did—and our friendship did not begin auspiciously. The first time I met him, we were both faculty members at a summer Writers at Work Conference in Park City, Utah. This must have been around 1986. I have a very clear recollection of a daytime reading, in those minutes before it began: I am sitting down in the middle of the audience, and Larry is standing to the side, talking to another poet. We have not met, but I know who he is. He looks urbane and bored, pre-bored by the reading that has not yet taken place (he himself would read later in the week), and because of his height—he was quite tall—he looks down, ever so slightly, at the rest of us. Ah, I think, a lizard-poet. This particular category was one I had concocted years before to describe those poets who were too Olympian to mingle with the rest of us, who stood to the side, detached, having feelings.

I was wrong about everything except the detachment. A few years later we both found ourselves working as faculty members at the Warren Wilson low-residency MFA program. When I saw him shambling in, I thought: Oh, God, it’s Larry Levis again. A day or two passed, and he gave a reading that I attended. This was in January, outside Asheville, and the winds were battering the windows in Canon Lounge. Each reader had only ten minutes, if that, as the allotted time for his or her work. Larry got up, aimed himself at the podium, and among the poems he read that night was one that I think was still in manuscript: “Elegy with a Thimbleful of Water in the Cage.” The poem is about the Cumaean Sibyl, a story out of Ovid, about the hapless character who has asked for eternal life but has forgotten to ask for eternal youth.

As I sat there listening, I felt stricken, and filled with the sick excitement one feels upon encountering a real poet and a possibly great poem. I have felt this emotion at poetry readings only a few times in my life.

It was all there: a large subject, addressed in an elaborate-but-austere syntax, the phrases and word-choices almost painfully fastidious, the evidence of great care taken with every feature of the poem, creating an indelible impression of suffering almost beyond measure, organized coolly and immaculately into stanzas of the greatest precision and an almost detached nobility. It was astonishing. The detachment was absolutely necessary, I realized, if materials this toxic were to be handled at all. The poem is a kind of death-song, as are Larry’s other late elegies, although of course I didn’t know that at the time.

Afterward, I thanked him, and he thanked me for my thanks. A week later, I began to read through his work, and I came to the (possibly erroneous) conclusion that for Larry, melancholy was the one sane, stable emotional category, and it was, for him, an endlessly renewable resource.

And then, later, I saw another side of him, after dinner, in the lounge where the faculty congregated. Very, very few poets are good mimics, but Larry had a great ear for it, and one of his parlor tricks was to recite the monologue of the replicant at the conclusion of Blade Runner (spoken by Rutger Hauer), using the voice-mannerisms of the well-known poets of the day. “I’ve… seen things… you people wouldn’t believe. Attack ships on fire off the shoulder of Orion,” Larry would recite, first in the voice of Donald Justice, then in the voice of Richard Howard. Then he took requests. You name it (or him, or her), Larry could do it. I’m afraid that I came close to falling to the floor, laughing.

And the following day, he gave a craft lecture, on the image. (It was recorded, so I’m surer of myself here.) He discussed Plath’s “Daddy,” and Lowell’s “Christmas Eve Under Hooker’s Statue,” and he said he had planned to discuss an image in Glück’s The Wild Iris, but, standing in front of his audience, he said, with disarming helplessness, “I’d like to talk about that image, but I can’t.”

I remember him as a poet with enormous technical resources, as a person who seemed to project a resigned, affable sadness, and a wariness that occasionally let its own guard down. I looked forward to seeing him many times again and to the possible growth of our friendship.

And then he was gone.

The Darkening Trapeze, a collection of Larry Levis’s final poems, is out now from Graywolf Press. For more remembrances of Levis, head over to GraywolfPress.org. 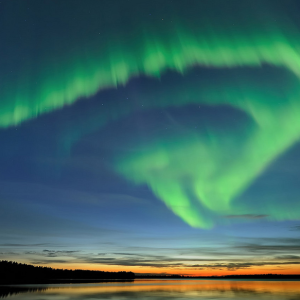 Finland has traditionally been a country in which realism is the norm of respectable literature—if a book deals with the dark...
© LitHub
Back to top