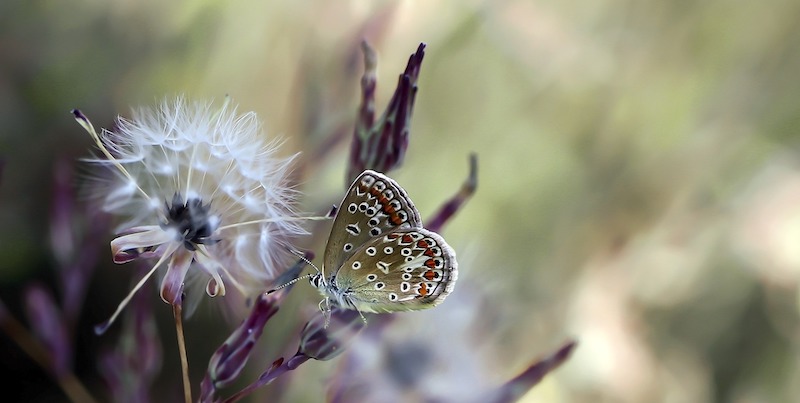 The following is an excerpt from Wonderlands: Essays on the Life of Literature and first appeared in Lit Hub’s The Craft of Writing newsletter—sign up here.

In the days when I was teaching introductory creative writing classes, I used to assign exercises of characterization in which the students had to put together “ten things I know about them.” One of these ten things had to be a secret. And I also used to advise everybody to think about particularized details that would give the reader an insight into character. For example, you can say, “She likes chocolate,” but almost everybody likes chocolate. It’s better to say, “The only chocolate she will eat is imported from Mozambique.” That immediately gives you a little sense of her character—not much, but it’s a start.

Almost invariably I got interesting responses from the students after they had completed this exercise. At first they grumbled about it, but then they discovered that they were happening upon facts concerning these imaginary characters that they didn’t know they knew. Simply by inventing imaginary facts, by forcing themselves to invent them, they made them true. When you invent a fact in a story, it becomes imaginatively true, as long as it doesn’t contradict the logic of the story. This is one of the great mysteries and secret delights of writing fiction. As Nathanael West wrote, “Possibilities became probabilities and wound up as inevitabilities.”

When you start to make such lists, you discover a principle of inner consistency. If the list gets long enough, the inventory first of possessions, then of personal appearance, including beauty or handsomeness, and finally of personal qualities, you begin to realize that some items belong on the list, and some items don’t belong there, and you take out the ones that are wildly inconsistent with the rest of the list. If you make a list about an imaginary character named Harold, you will discover, eventually, that some of your facts don’t belong on your list: if Harold belongs to an Alaskan hunters association and drives a Hummer, he probably doesn’t spend the rest of his time playing the viola, working for Earth First!, and translating the poems of Jorge Luis Borges. He might, but you’d have some explaining to do.

Something in the nature of fiction loves inventories and lists.

You begin to discover something else when you start to make lists like this. You discover that you can say “She is brave” as an important statement that feels unsubstantiated, thin, and unsound until some proof is offered. “She is brave” is a claim about an inner quality, as is “He is timid.” You can make a lot of claims like this, but sooner or later you have to establish their validity, unless you happen to believe what Lionel Abel said about Prince Myshkin—that some people are intrinsically good or bad without anyone thinking that they are. But how, on what grounds, would you believe such a thing? Claims about character are like promissory notes or claims in court, and they require actions or evidence to back them up. You can say, “Over this dresser, there on the wall of his bedroom at home, this teenager has a poster of the band Grätüitöüs Ümläüt.” Or: “This young adult male has a tattoo of a roaring lion on his right calf.” These assertions are not claims; they’re statements, markers, about possessions, and therefore are parts of inventories. When you start to write fiction, you can help yourself out by noticing the difference between making a claim about a character (that is, what a character is), and making an inventory (that is, what a character has). Every claim sooner or later may have to have some proof. But statements, inventories, start to build a world immediately. They are the proof. And notice this: you can describe characters in absentia, sometimes, just by describing what they’ve accumulated in their rooms. Tell me what those particular teenagers have in their rooms, and I will begin to tell you who they are.

Something in the nature of fiction loves inventories and lists. Fiction’s subject matter is often related to sheer accumulation. Fiction loves to pile things up, the bricks and the mortar. Writing fiction is about accumulating stuff—details about setting, details about clothing and behavior and actions and speech patterns and all the rick-rack of objects that we surround ourselves with. If you don’t like amassing this barge load of material, you may not be comfortable with fiction itself, or at least realist fiction, which has a tendency to fill up the page with accretive details. Someone like Tom Wolfe, dressed in his white suit, stood near other writers for years complaining about them and claiming that contemporary writers simply don’t collect enough information, enough material evidence, about characters and their possessions in their stories and novels. Wolfe himself became compulsive about this and had a tendency to substitute inventories (the brand names of shoes and suits and hats and cars and furniture and vodkas) for other forms of characterization. He was wrong to be so tiresome about it. But he had a point about material life, and he stuck by it.

I am about the last person on earth to defend Tom Wolfe or his fiction, which I find unreadable, as opposed to his early nonfiction, which I loved. But it strikes me that when we wish to dramatize a character’s fall or undoing, our canvas often benefits by being crowded with stuff. The more details there are, and the more the front and the back of the story are filled in with material details of this kind, the more we are likely to feel the second context I was referring to in the Book of Job: that is, the moral importance of the experience that we are being shown, the background of the suffering.

An inventory of objects surrounding characters helps to define those characters, and, perhaps, to measure the size of their fall. But the inventory is typically unable to give a sense of the importance or significance of that fall; other means must be found for that. Some materialists are corrupt, but others may be innocent. When their possessions are taken away, we learn which are which. If I take away all of your possessions, what sort of person will you be? It is doubtful that you will be the same person that you are now. 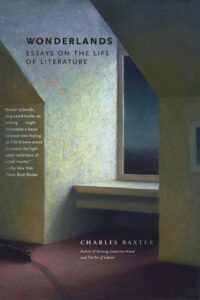 Excerpted from “Inventories and Undoings” from Wonderlands: Essays on the Life of Literature. Copyright © 2022 by Charles Baxter. Used with the permission of Graywolf Press, Minneapolis, Minnesota, www.graywolfpress.org

Shelf Talkers: What Booksellers Are Reading at Third Place Books 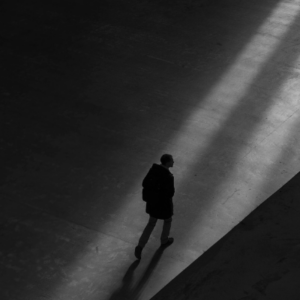 I came to the United States in 1990, when Americans believed that the worst of racism had been left behind. “Americans...
© LitHub
Back to top
Loading Comments...