In late-May, Florida’s Board of Education issued guidance prohibiting teaching materials in social studies courses from mentioning critical race theory. A month prior, similar policies led Florida’s Board of Education to ban 54 math textbooks for not “aligning” with the state’s policies on critical race theory. (Over forty of those books were subsequently unbanned after, the state said, their publishers removed “woke content.” At least one publisher contests this, saying they made no changes to their textbooks.).

That these policies now apply to social studies courses is unsurprising. In courses on U.S. history, government, and sociology, America’s students learn to recognize or deny, as Florida would have it, the realities of racism and inequality in the country. Florida’s policies, in other words, were always meant for the social sciences. The banning of math textbooks was merely a rehearsal for the more contentious and consequential “review” of social studies textbooks.

History and social science textbooks, especially, have long been implicated in the hidden curriculum. In his influential book Lies My Teacher Told Me, James W. Loewen documented this, identifying factual omissions in a dozen leading US history textbooks. In a portion of his book particularly pertinent today, Loewen shows how history textbooks glossed over President Woodrow Wilson’s racist politics and policies, such as the segregation of the federal government and Wilson’s promotion of D. W. Griffith’s white supremacist film Birth of a Nation.

How America’s educators teach the past contributes to our collective understanding of the present.

Of these omissions, Loewen concludes, “absolving Wilson’s racism goes beyond concealing a character blemish. The cover-up denies all students the chance to learn something important about the interrelationship between the leader and the led. White Americans engaged in a new burst of racial violence during and immediately after Wilson’s presidency.” Indeed, during Wilson’s presidency, white Americans massacred Black Americans in East St. Louis, Illinois (1917); Valdosta, Georgia (1918); Elaine, Arkansas (1918); and Ocoee, Florida (1920).

The latter massacre occurred on the day of the 1920 election, leaving at least three dozen Black Americans dead. “Americans need to learn from the Wilson era,” Loewen writes, “that there is a connection between racist presidential leadership and like-minded public response.” But this learning would require the genuine and honest teaching of that connection and the historical facts that make it apparent.

Loewen first published Lies My Teacher Told Me in 1995. But still today, textbook publishers and education boards continue to downplay and deny systemic racism, inequality, and violence through omissions. In January 2020, the New York Times compared history textbooks adopted by market-setter states California and Texas. Specifically, they compared textbooks that both states adopted but which were, at the behest of state educational boards, “customized”—the industry’s euphemism for censoring, I suppose—for each state’s use.

As described by Dana Goldstein, the author of the Times article, the gulf between these panels is substantial. “All the members of the California panel were educators selected by the State Board of Education, whose members were appointed by former Gov. Jerry Brown, a Democrat. The Texas panel, appointed by the Republican-dominated State Board of Education, was made up of educators, parents, business representatives and a Christian pastor and politician.”

On one hand, Goldstein notes that “recent textbooks have come a long way from what was published in past decades. Both Texas and California volumes deal more bluntly with the cruelty of the slave trade.” Still, in Texas’s version, references to housing discrimination against US citizens of color, redlining, and white flight were absent. All appeared in California’s version. Without teaching and learning on these issues, school boards and textbook publishers prevent today’s students from understanding contemporary America, with its high levels of segregation and the inequalities that this creates.

Omissions are not just a problem of secondary school textbooks. Kathleen J. Fitzgerald, a sociologist of race, analyzed the four leading undergraduate textbooks in the sociology of race and race relations. Fitzgerald did so to assess the adequacy of the books’ coverage of the racial massacres of the late 19th and early 20th centuries. Fitzgerald found that only one of the four textbooks she analyzed discussed these massacres.

The “other three,” she writes, “completely ignore the nationwide pattern of violence directed at African Americans.” Meanwhile, criminologists K. B. Turner, David Giacopassi, and Margaret Vandiver analyzed twenty-one criminology and criminal justice textbooks published after 2000 to see how these books presented slavery and slave patrols. They found that most either neglected or offered only superficial analysis of the role of slavery and slave patrols in American legal systems and policing.

How America’s educators teach the past contributes to our collective understanding of the present. This is particularly true in the teaching of the country’s history of systemic racism. When the continuities between the past and present of racism, inequality, and violence are denied, students may believe that the past returns merely as tragic episodes, rather than as an explanation of or, more radically, a demand on the present.

This has consequences in the classroom. Educators, and especially white educators, may struggle to teach the history of systemic racism beyond textbooks. Many of us, too, have learned within schools and universities shaped by the denial of racism. They may also be immobilized by fear—of losing control, of making mistakes, of being seen as biased, and now, of facing lawsuits or being fired for addressing racism. And they may also be untrained, unpracticed, and inexperienced in teaching on systemic racism.

These limitations on historical knowledge and competency in teaching are not accidental. They are the intended effect of denial of systemic racism, as the national efforts to censor teaching and learning on the U.S.’s history makes clear.

But these efforts suggest something else, too. By banning words and textbooks, school boards, boards of education, and state governments across the country admit that teaching and learning on systemic racism are potent counter-forces to the denial of racism. 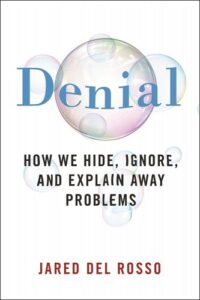 Excerpted from Denial: How We Hide, Ignore, and Explain Away Problems by Jared Del Rosso. Copyright © 2022. Available from NYU Press. Adapted with permission of the publisher.

Jared Del Rosso is Associate Professor in the Department of Sociology and Criminology at the University of Denver. He is the author of Talking About Torture: How Political Discourse Shapes the Debate and Denial: How We Hide, Ignore, and Explain Away Problems. 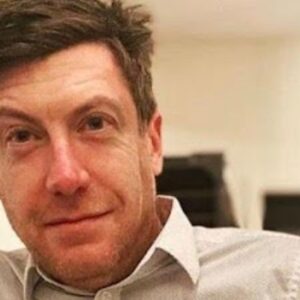