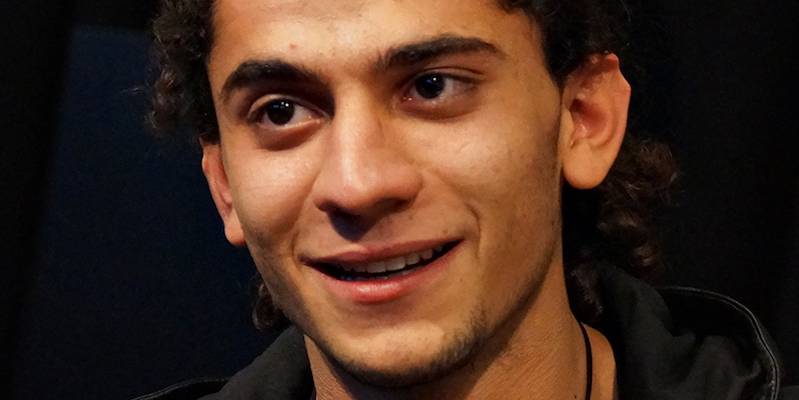 “The future is all his, even though there be no future.”
–Henry Miller, The Time of the Assassins (on Rimbaud)

The name Yahya Hassan, who has died at the age of 24, might not sound very Danish, yet his books have sold more than 120,000 copies in that language, an extraordinary quantity for any poet, let alone one in a country whose population numbers only five and a half million. This autumn there is a good chance he will be posthumously awarded the prestigious Nordic Council Literature Prize.

The titles of his published collections, Yahya Hassan (2013) and Yahya Hassan 2 (2019), are a  declaration of the centrality of the author’s life to his work. It is as if his writing is an assertion of his  right to exist. Hassan describes the frustration of growing up in an isolated space, cut off from the world he lives in as well as the one he comes from. His account of care homes and institutions, of the beatings inflicted by his brutal father, add up to a stark indictment of society’s failure to take care of its most vulnerable.

Trying to explain Hassan’s success is almost as important as understanding his death. They are two sides of the same coin. For a country with a long history of social equality and welfare, it’s hard to explain just why Denmark has failed its relatively small ethnic minority. Hassan was born in Gellerup parken, a housing project on the outskirts of Aarhus, the country’s second largest city.

Since at least the 1980s, Gellerup has stood out as an icon of that failure. The square housing blocks represent a space that is remote and amputated from society in general. Such places have been largely left to their own devices, passive segregation having been a natural consequence of well intended social housing policies. Gellerup has long been home to high numbers of migrants with low levels of education along with widespread problems with drugs and crime. Recent efforts to reverse the consequences of these policies, the so-called “ghettoplan,” have been criticized by the UN, which has warned that it may cause more racial discrimination.

Broadly speaking, Gellerup encapsulates the waning of the political left and explains, in part at least, why in Denmark, like elsewhere in Europe, the right is on the rise. The institutionalization of stigma is typical of a welfare system where the assumption is that to receive help you must first demonstrate a willingness to change. To many of those who arrived with low levels of education and poor language skills, it is almost impossible to progress. Even for those born and raised in places like Gellerup the chances of engaging with Danish society in a constructive way are small. The physical isolation is mirrored by the lack of cultural representation in mainstream society. Even today there are few established voices in the Danish media that reflect the world Hassan came from which makes his breakthrough even more remarkable.

To his parents, who arrived in the country as Palestinian refugees, Denmark remained a remote place  which had little interest in them or the history and culture they brought with them. And the feeling was mutual. In a small, tightly knit, homogenous society such as Denmark, integration largely means assimilation: leaving behind the cultural baggage you carry with you and submerging yourself fully in local customs. To many this is not only difficult, it is unacceptable. With success came access to that alien world which was viewed with suspicion by his parents—even speaking the language at home was forbidden. It was a necessary transgression for Hassan, and one for which he was prepared to pay the price.

If Hassan’s rebellion had confined itself to the system he found himself up against it is likely he would have been largely ignored. Nobody likes to be told that they are failing, particularly by a juvenile delinquent from an immigrant background. In an interview in 2013, Hassan declared that he was, “fucking angry with my parent’s generation.” The comment sparked much media interest. Here, for the first time, was someone speaking out from within the Muslim community. Hassan described his family and friends as inward looking and hypocritical. Behind the veil of piety, they liked to drink, have sex with Danish women and exploit the welfare system.

Hassan was wise enough to see that his condition did not begin and end with his own experience, but that he was the outcome of several displacements, beginning with the 1948 war that resulted in his grandparents’ home in Palestine being bulldozed as they fled for a refugee camp in Lebanon. From there his parents managed to seek asylum in Denmark. Hassan saw that he was the end point of a  history of dislocation and loss that had begun long before he was born. That he felt connected to that history might explain why in 2015, in response to the flood of Syrian refugees entering Europe, he decided to join a new political party, the Nationalpartiet, which sought to correct the drift to the right in Danish politics.

His anger at Islam was vented not so much at the religion per se, than at its practitioners, the people he saw around him who used it to impose themselves on him. Younger people in particular saw in Islam the only sacrosanct aspect of their culture that commanded respect, or authority. Hassan was addressing his contemporaries, those like him who had inherited a fractured, diminished version of their own cultural heritage—they spoke bad Danish and equally bad Arabic—while at the same time being denied access to the world around them. Islam became a badge of distinction separating the “us” from the “them” that was Danish society. It also reflected changes that had been taking place for decades across the globe. Islam had become charged politically, taking on a supreme role and displacing other cultural alternatives.

Like Rimbaud and Genet before him, Hassan treated his surroundings with ridicule and scorn. He delighted in alienating both liberals and right wing nationalists. He was forced to walk a thin line in order to create a space in which his writing could exist. In which he could exist. A live rendition of one poem becomes a remarkable 26-minute tirade, as compelling as watching a madman or a shaman in a trance. The poem is about trust and captures the intensity of having no allies and nowhere to turn.

Danish is not a language that lends itself to lyrical flights. It is more suited to a form of poetry whose strength lies in irony, wordplay, repetition and the contradiction of imagery. Hassan’s poems are full of startling images: flats set on fire, oranges that resemble voodoo dolls. The world he inhabits is a scary place. Violence seems to infuse everything, from his father’s temper, the childhood beatings, the fights in the streets and life in various correctional institutions, the Israeli bombs falling on Lebanon.

Hassan was well aware just how lucky he was to have been published at all. Drawn into a local writing program he later joined the respected writers school in Copenhagen where one of his teachers eventually submitted his work to Gyldendal, the largest publishing house in Denmark. The German weekly Der Spiegel has described Hassan as “Europe’s last romantic poet.” He writes of the absurdities of being introduced to Danish life—dancing around a Christmas tree, eating bacon—activities that were alien to him. Most absurd of all was being an acclaimed writer on the one hand, and a criminal on the other:

Literary success brought some respite from his life of crime, though he was unable to pry himself away from it completely. There were death threats and a cocaine dependency which contributed to his worsening mental health. There were public meltdowns on television and a growing paranoia about the police monitoring him. In 2016 he was charged with shooting a young man in the foot. Following a court ruling in 2018 he agreed to be admitted to a psychiatric ward.

In his book Saint Genet, Jean Paul Sartre tried to pinpoint the key moment in which the young man was transformed into a writer. He settled on the first time Jean Genet was accused of being a thief. In that transformative moment Genet saw himself as the despised Other, Sartre wrote, and decided to become exactly that. Hassan often used the term “perkere” to describe himself, an insult used by Danes to denigrate people like him. Clearly seeing himself through their eyes he decided to seize the term and make it his own. He was despised both by the society he lived in, and the community he was born into.

Time also played a role. The Danish Cartoon controversy of 2005 happened when Hassan was only ten years old, seven years before he published his first book. In some quarters his poetry was taken as a welcome response. An end to the bitterness stirred up by the violent reaction to the caricatures. Here was a writer from within the Muslim community who was openly denouncing the roots of that anger. That same year, 2013, a former imam, one of the key figures responsible for stirring up anger over the twelve caricatures seven years earlier, declared that he had been mistaken. Even as Hassan’s work was being taken as a form of forgiveness, a moment of national healing, he was pointing a finger at the media, telling Danes that freedom of speech could be offensive to ordinary Muslims.

In some ways Hassan was a human Rorschach test. Throw some paint at the wall and see what people make of it. While he made fun of the right, the liberal left found it hard to embrace him because of his condemnation of Islam and the disenfranchised. The lower class migrants took issue with his depiction of them, refusing his representation and yet unable to provide an alternative.

Despite the anger aimed at him, nobody could deny the fact that, despite all his problems, this young man managed to cut through the confusion to illuminate the absurdities of a dysfunctional social contract. The success of Hassan’s work, that it found such widespread acceptance among mainstream audiences, suggests that society as a whole was ready to listen. And that, at least, is worth remembering. The tragedy is that we can only imagine what he might have achieved had he lived long enough to find the equilibrium needed to remain standing there at the centre of the maelstrom.

Jamal Mahjoub's work has appeared in a wide range of publications, including The Guardian, The New York Times and Guernica. In 2019, his memoir on Sudan, A Line in the River, was longlisted for the RSL Ondaatje Prize. His fiction has won a number of awards, including the NH Vargas Llosa prize in Spain and the Étonnants Voyageurs Prize in France. He writes crime fiction under the name Parker Bilal. 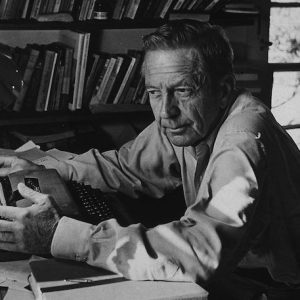 The promise of barbecued spare ribs routed any misgivings I might have had about seeing my father again, though I hadn’t...
© LitHub
Back to top