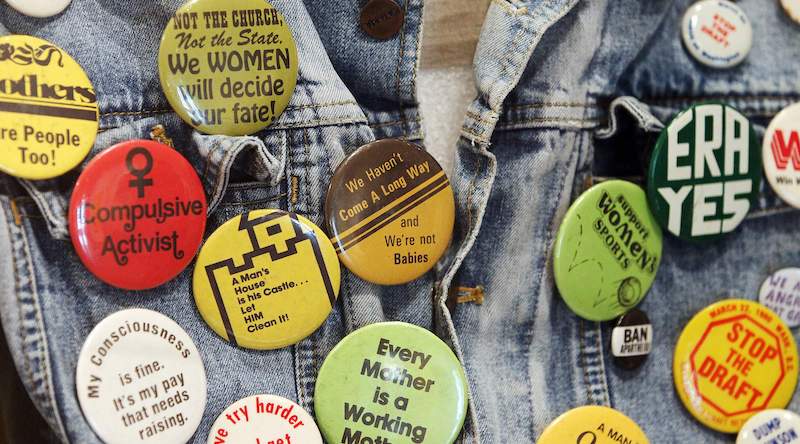 The FP Staff Shares Favorite Titles From the Last Half Century

In 2020, the Feminist Press turns 50 years old. And if we’re allowed to say so ourselves, it feels like a monumental accomplishment for a small, nonprofit press with a mission that has, over the years, been called niche, irrelevant, and outdated. But even in the last decade, as the word “feminist” has been more widely welcomed, we think that FP still plays a vital role in complicating and deepening today’s conversations about gender equity and human rights.

It’s important to look for that nuance not only in emergent and cutting-edge voices, but also in the writing of feminists past. One of FP’s early editorial pillars focused on recovery: reissuing lost works by women to make it accessible for future generations of readers. Statistically, books by women are more likely to go out of print as compared to their male counterparts. And while historical texts may come with their own baggage, they often contain themes or warnings that seem nearly psychic in their prescience.

In conjunction with our golden birthday, FP has committed to reissuing several backlist classics that we believe hold important perspectives that can help frame today’s debates about environmental justice, linguistic power, class conflict, and more. The following books are not the complete selection of FP reissues—we plan to continue reissuing backlist in the years to come—but a small sampling to hopefully pique your interest.

Growing up with Zora Neale Hurston on my mother’s bookshelf, I was always struck by the resonances between this woman writer and the women around me: bold, whip-smart southern black matriarchs who raised me up, and from whom I inherited an enduring sense of justice. As one of our 50th-anniversary reissues, I Love Myself When I Am Laughing…And Then Again When I Am Looking Mean and Impressive reflects the radiant legacy of our radical literary foremothers. Having fallen into obscurity until Alice Walker rediscovered her unmarked grave and anthologized her work in this 1979 collection, Hurston exemplifies both the abiding importance of elevating feminist authors and the labors of love involved in preventing their erasure. The most prolific black woman writer of her time, she provoked much dissent. Her audacity, her artistry, her delight in causing a certain degree of chaos, are on full display in this anthology.

The wisdom of these 14 works—spanning from 1926 to 1950 and displaying her versatility in fiction, folklore, journalism, and autobiography—remains as vibrant and relevant in our time as in hers. Like the other Feminist Press books that graced the shelves of my childhood, I Love Myself was instrumental to my development as an activist and a writer, and my dedication to the FP mission: to center feminist stories, build community, and inspire action. Such a mission takes daring—which Hurston, of course, had plenty.

It’s exciting to be working on a reissue of the very first Feminist Press book I encountered, Rebecca Harding Davis’s Life In the Iron Mills. I read the book in a college English course and remember being surprised at its content given the time period and transported by the vivid writing. Originally published in 1861 in the Atlantic Monthly, this story is a classic of proletarian literature that paints a bleak and incisive portrait of 19th-century industrial America. Rebecca Harding Davis was one of the first writers to depict a working class that was exploited and exhausted as capitalism’s mills and factories destroyed both the natural environment and the human spirit. This book came to life during FP’s early days when our mission focused on recovering lost work by women that had been ignored not because of the quality of the text, but because of the gender of the writer. Davis’s work was first recovered in the 1970s by writer Tillie Olsen, and then expanded in the 1980s to be the most comprehensive collection of her work to date.

Suzette Haden Elgin’s Native Tongue trilogy belongs both to the past and the future. The past, because the three books—Native Tongue, The Judas Rose, and Earthsong—unfurl thrillingly like a relic, indexing a particular time and place and lineage of feminist thought. As a reader, it is all too fun to engage with the messiness of Elgin’s specifically 80s brand of feminist sci-fi the books depict: a dystopia marked by rigid, binary separation; a violent world ruled by irredeemably and comedically awful men; the creation of a women’s-only language as catalyst for a global revolution; and, of course, discourse with intergalactic aliens. The trilogy belongs to the future, too, because as much as it is an archive of its time, it is also uniquely and fiercely prescient; even the things that ring as “very 80s” feel, well, a little too close to reality still. Published a year before Atwood’s The Handmaid’s Tale, Elgin’s trilogy now reads like a prediction of the current wave of feminist sci-fi dystopia, and creates a productive bridge between then and now, a cult classic not least because of its courageous, unapologetic vision. Oh, and did I mention that Elgin actually constructed a new language, Láadan, that appears in the trilogy?

Like many young readers, I grew up on Laura Ingalls Wilder and other pastoral visions of pioneer life. Daughter of Earth is set in that same approximate vision of the “American west”— including the coal mines of Missouri—but its focus is, instead, the vicious cycle of poverty, abuse, and rage trapping the working poor at the turn of the century. In a country that likes to think of poverty as a stepping-stone, something to get over and pull one’s self out of, the book’s descriptions of its inescapability remind us that, in fact, America is a country founded on the misery of its workers.

It’s important to look for that nuance not only in emergent and cutting-edge voices, but also in the writing of feminists past.

Agnes Smedley’s semi-autobiographical novel is about a young woman’s search for independence and justice amidst structural inequality. It’s also about a young activist’s hunger for political meaning, even when social progressive movements turn out to be populated with their own hypocrisy. While the general political sentiment is socialism, Daughter of Earth lets readers into particular struggles at the time—for example, the Indian Independence Movement—and reminds us that international solidarity is not a new idea. And perhaps most haunting, for myself as a contemporary reader, is the insidious misogyny and sexual violence that haunts protagonist Marie as she finally makes her way to the east coast intellectual circles. The Left, she finds, for all of their purported radical ideas of social progress, is made up by humans—men, who for all their reading, will all too easily take advantage of society’s inherent sexism when it conveniences them.

The Feminist Press doesn’t often publish full-color art books, but when we do, they’re essential. Take Celebrate People’s History​:​ The Poster Book of Resistance and Revolution, edited by Josh MacPhee, which we’re publishing in an expanded second edition in August 2020. In 1998 Josh started commissioning artists to design posters highlighting events, groups, and individuals throughout history that fought for issues of social justice. These posters, of which there are hundreds now, have been pasted up in cities across the country, displayed in art galleries, and can be purchased online for just five dollars. In 2010 they became a Feminist Press book—with a fantastic foreword by Rebecca Solnit—that’s simultaneously a political project, an educational tool, and an artist’s dream.

The goal of the CPH poster series, and this book, has been, in Josh’s words, “not to tell a definitive history, but to suggest a new relationship to the past.” The various artists featured are interpreting a moment in history, a heroine, from their point of view, and they spotlight more marginalized, overlooked stories that frequently don’t make it into our history books. So of course, ten years later, we wanted to release a new edition of this incredible book to coincide with FP’s 50th anniversary. It will also be published months before the 2020 election, and it’s our hope that readers can get inspired by the varied moments of revolutionary history portrayed in the second edition, which will feature 100 additional posters. While the news can often be overwhelming and demoralizing, these posters speak to a hopeful lineage of resistance that continues today; they are ​gorgeous, tactile objects brimming with celebratory energy that can help us remember where we’ve come from and where we want to go. To take a few words from Rebecca Solnit’s foreword, “If revolutions often prompt posters to appear, the appearance of posters, murals, and graffiti may foster revolution or at least breath on the cinders, keeping the sparks alive until next time.”

I first encountered Meena Alexander’s poetry, and then her memoir, in an English class at college. Fault Lines is important, especially to me, for so many reasons: for Alexander’s legacy as a South Asian poet and academic; for the memoir’s prose-poetry writing; for its unique mourning for and celebration of migration, cosmopolitanism, history, language, and heritage. Alexander’s voice is intimate, heralding the strength of matrilineality, of being broken across geography and history––for her, across India, Sudan, England, and finally, the States––bringing the reader proximate to the beauty and violence of the world. In Fault Lines, we ride the waves of Alexander’s writing, tracing her journeys, both physical and metaphorical, as she searches for, and in the process, questions, an identity rooted in being and belonging. She discovers, through the act of remembering and recording her life, the poetics of dislocation and the fracturing caused deep within one’s soul by movement and displacement.

The edition reissued by FP in 2003 is an example of her narrative vision; ten years after the first edition was published in 1993, Alexander added a second part, retelling her story anew. Many of the chapters have the same names, and in this retelling she pursues darker, often dialogic versions of her story, from different perspectives, producing new truths. Alexander reclaims the heterogeneous nature of being afloat in the diaspora, as well as the postcolonial baggage that insinuates itself into the domestic. Fault Lines embodies a distinctly feminist, artistic, and poetic vision of the self, the past, and the nature of memory and legacy. Her writing only grows more relevant and important with the migrations of our times, and her voice is a reminder of multiplicity, of polyphonic art, of painful and necessary truth telling. 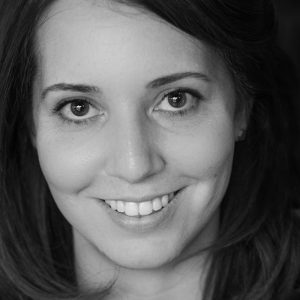