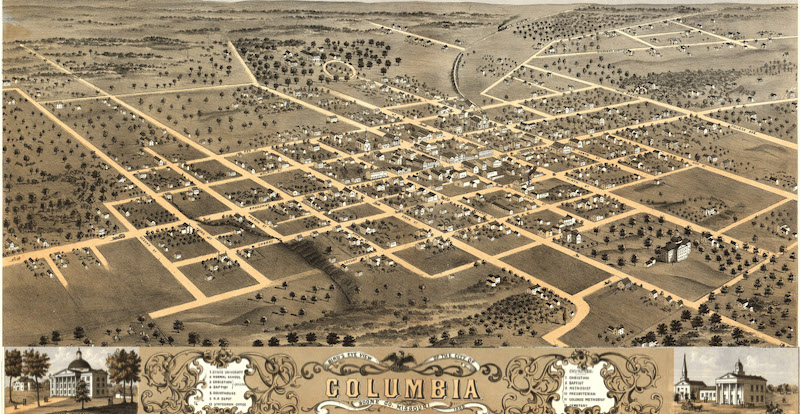 A Report From the Second Annual Unbound Book Festival

Some readers may know Columbia, Missouri as the setting of the long-overlooked novel Stoner by John Williams, which was recently reprinted by NYRB Classics. The book follows William Stoner from his hardscrabble farm life to the college town of Columbia. Though he’s been sent to study agriculture, Stoner falls deeply in love with books—even with the aroma of their pages in the library stacks. This deep and abiding passion for literature sustains Stoner even when much else disappoints.

But Columbia should also be known as the home of Unbound Book Festival, a day-and-a-half celebration of books with something for every kind of reader: young and old, mystery lovers and serious literary types, fans of poetry, memoir, fiction, history, and biography. This past April, I was lucky enough to participate in the second Unbound Book Festival, where I discussed my linked collection of stories, Heirlooms—some of which happen to take place in Columbia.

The Unbound Book Festival is the creation of Alex George, author most recently of Setting Free the Kites. George says he first got the idea for the festival when he was on tour for his first novel, A Good American, back in 2012.  “An event that is all about books and attended by enthusiastic readers—well, it doesn’t get much better than that!” George told me. His great experiences and the excellent friendships he made at these festivals led him to think about starting one in Columbia, where he lives. When he spoke to various people in town—booksellers, librarians, authors, educators, among others—he discovered enthusiasm and support for the idea. Columbia is a quintessential college town, home to Stephens College, Columbia College, and the University of Missouri, which has the second oldest school of journalism in the world, a distinguished MFA/PhD program in creative writing, and has been home to The Missouri Review for almost 40 years. In other words, it’s a town of readers and writers. Columbia is also, as George says, “a town that loves its festivals.” True/False, a documentary film festival, takes place there every spring, and in the fall, there is the Roots and Blues and BBQ, now in its 10th year. 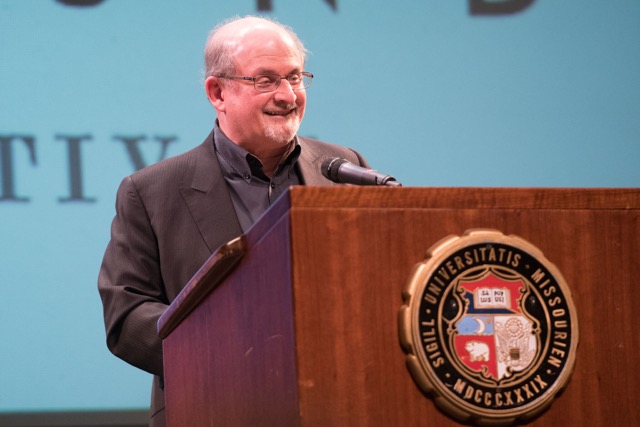 This year, the festival began with a talk by Salman Rushdie, who spoke to a packed Jesse Auditorium on the University of Missouri campus. Rushdie made a point of refusing to utter the name of our current president and spoke of literature’s ability to connect us, even when other forces seek to separate and silence us. As he put it, “the more pluralistically we see ourselves, the easier it is to find common ground with other people, even if they’re very different from us. And this is what the novel has always told us; it has always told us that human beings are not one thing, they are many things at once.” It was a rallying cry for readers and writers and a reminder to keep at it.

Saturday’s events, which were all held on the picturesque campus of Stephens College, began at 10 am and went until 5 pm. These included seven panels, eleven author conversations, four poetry readings, and several events for children. For those seeking a break from panels and conversations, there was a storytelling performance, a spoken word reading, and the rare opportunity to view a Charlotte Brontë manuscript owned by the University library. Among the 37 authors presenting, there were two state poet laureates (Marie Howe from New York and Aliki Barnstone from Missouri), the New York Times best-selling author of the renowned V.I. Warshawki series, Sara Paretsky, and the playwright Willy Conley. 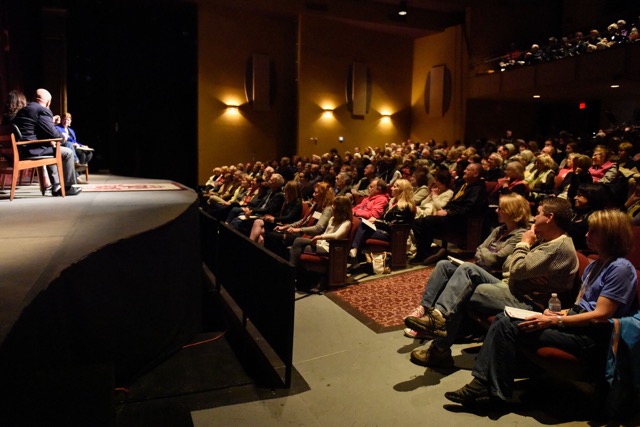 The panels and conversations echoed Rushdie’s message of connection across perceived divisions. For instance, the panel “War Stories” brought together writers from four very different perspectives and genres to discuss how their experiences—as a Colonel and former West Point professor, an embedded journalist, and a former boy soldier in Sierra Leone—informed their writing. The house seemed entirely full from my seat on the balcony of the Macklanburg Playhouse. I was struck by the rarity of this kind of discussion—multifaceted, respectful, and measured while still empassioned. Other notable topics included “Writing on Disability” and “Awake at the Bedside,” which explored what it means to care for the dying and then write about the experience. My favorite panel, however, was “In Dog We Trust,” which was moderated by Bettyville author George Hodgman and brought together poet Cleopatra Mathis, memoirist Julie Barton, and children’s book writer Meg Kearney to discuss the role of dogs in their life and work. 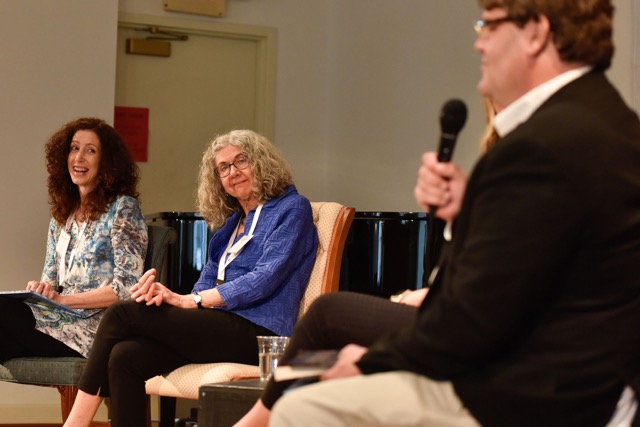 The “In Dog We Trust” panel

As both a visiting author and festival attendee, I found the experience to be remarkable. From the start of Unbound, George knew that he wanted the festival to be free and open to all and that he wanted to treat the authors well. He’s found institutional support and generous donors to achieve these ends. Each author had an assigned volunteer who shuttled them to the various events, ensuring that everyone was on time and relaxed. When I arrived at my hotel room the first night, I discovered a tote bag full of local goodies awaiting me, including a diffuser and reeds with “old book smell” fragrance from local perfumery Makes Sense. It smelled pleasantly of vanilla and something else, something comfortable and nourishing, a smell that William Stoner knew from his first prayerful visits to the library. I’m sure he would be heartened to see this continued celebration of Columbia’s rich literary history and culture.

Rachel Hall’s short stories and essays have appeared in a number of journals and anthologies including Black Warrior Review, Crab Orchard Review, Gettysburg Review, Fifth Wednesday and New Letters, which awarded her the Alexander Cappon Prize for Fiction. Hall is a Professor of English in the creative writing program at the State University of New York at Geneseo where she holds the Chancellor’s Award for Excellence in Teaching. She lives in Rochester, New York with her husband and daughter. 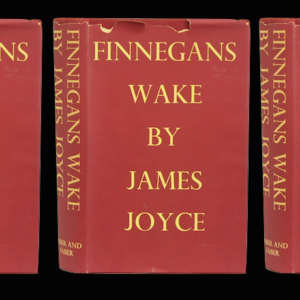 Ben Lerner on the porous boundaries of literature, truth, and plagiarism. | Literary Hub On the vital importance...
© LitHub
Back to top
Loading Comments...