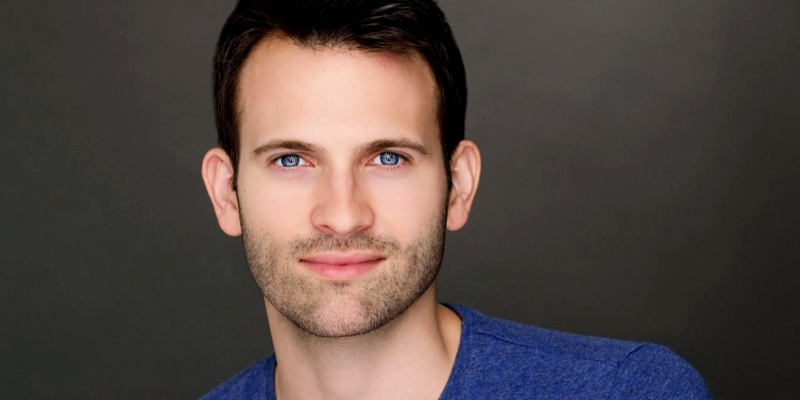 In Conversation with Jo Reed on Behind the Mic

Narrator Michael Crouch was inducted as one of AudioFile’s 2021 Golden Voice narrators this June. He has versatility and impressive skills with bringing characters to life on audio, and he has won numerous awards for his work in contemporary fiction and young adult and middle-grade novels. His performances have landed him on AudioFile’s Best of the Year lists for titles including Stefan Merrill Block’s Oliver Loving, Gayle Forman’s I Have Lost My Way, and Ruta Sepetys’s Salt to the Sea, which was also a 2017 Audie Award winner for Young Adults.

In today’s special bonus edition of Behind the Mic, host Jo Reed interviews Michael Crouch, and they discuss his entry into audiobook narration in 2013, the joys of narrating for listeners of all ages, and what he finds most special about narrating audiobooks.

Jo Reed: Well, what was it about narrating audiobooks, Michael, that just felt right to you?

Michael Crouch: What I keep coming back to, I think this work when it’s at its best for me, it takes me back to times when I would read a book in high school or college, and I would read a passage that just really spoke to me, really moved me, and I would have to pause and just soak it in, and have this intimate experience with the words in front of me. And when I’m doing this work I get to have moments like that all the time as an adult, and get paid for it, and they get recorded so that I can share them with other people, and that’s what I find most special about audiobooks.

JR: I want to talk a little bit about process, and how you prepare for narrating. I mean, obviously you read the book, but how many times? Do you mark it up? Just walk me through that experience.

MC: Yeah. So when I first read the book I’ll have it on my iPad in a pdf file, and I’ll use it in this program iAnnotate, and I’ll have my stylus handy, and as I’m reading I’m soaking in the story, and I’ll make marks that I know will help my eye just kind of flow through the sentence. I don’t mark what I’m going to emphasize or anything like that, but I’ve learned how to minimize the number of retakes I’ll inevitably have to do by just making some marks that I know will help my eye. So that’s the first technical thing I do.

I also bookmark characters as they’re introduced, and I’ll bookmark any pronunciations that I’m going to need to look up. I usually don’t do all that as I’m first reading, otherwise I’ll never finish the book. I save time to do that later, and when I’m finished reading I’ll grab my notepad and do something that my scene study teacher from Ithaca, Arno Selco, taught me to do—to write a brief gut response. I’ll take my notepad and pen and just write any thoughts or feelings or personal connections that came up for me as I read the book, and then I’ll make a list of the characters in the book so I have kind of a bird’s eye view of who the players are in this game. That’s the end of what I call phase one.

And then before recording, I’ll say, “My goal for the following day is to do the first hundred pages of the book.” So I’ll take those first hundred pages, and I won’t reread them but I’ll skim back through them and make notes that will help me dig deeper into the scene, identify the emotional subtext at the start of the chapter or some kind of active energy that I can dive into, and that’s also when I’ll look up those words that I didn’t know the pronunciations of, and I’ll also take time to make notes about the characters and try to figure out what they sound like, and that’s my phase two. I’ll do all that before I actually step in the booth and record.

JR: Creating the voices as you just referred to, that really is something you do so masterfully, and I want to talk a little bit more about that process. And if you don’t mind, I’d like to do it through the lens of Lights All Night Long by Lydia Fitzpatrick, which is a brilliant book that you match with a brilliant narration. Tell me a little bit about the book and the characters that you created through your voice.

MC: Yeah, I love that one. That’s one of my favorites I’ve ever done. The relationship between the two brothers, Illya and Vladimir, is just so fascinating to me. Well, goodness, where to start? So the main character, Illya, is an exchange student from Russia, so first and foremost we knew that he—at least when he spoke English—would have a Russian accent, so that was a place to start to find his voice. And then contrasting him with his brother, Vladimir, who is more outgoing than Illya, who kind of has more of an edge to his voice, and also has the accent. In the end, the most important thing to figuring out the characters’ voices is tapping into their personalities, and then you iron out the technical details of what exactly they sound like, any mouth adjustments you want to make like accent work or adjustments to the vocal placements. Hopefully that will come after you’ve settled into who they are and what they’re like, because in some cases I don’t have to change my voice at all as long as I have a good idea of just what this character’s personality is, how they walk through the world. I might not need to make any vocal adjustments whatsoever, and it’ll be clear who’s speaking.

Discover more audiobooks from Michael Crouch in his audiography. 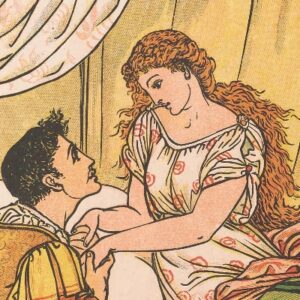