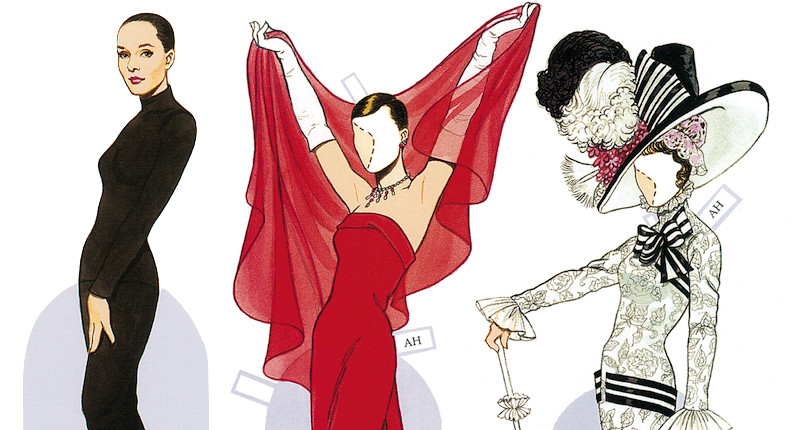 Dover Publications, which is celebrating its 75th anniversary this year, takes paper dolls seriously, as should you.  From ancient Japanese origami dolls to the more recent French paper puppets of the 18th century, paper dolls have been a source of entertainment, and, more recently, fine art, for a long time. In the 1920’s, major book publishers in the US began producing paper dolls and their huge following began. These early paper dolls―primarily focusing on celebrities and movie stars―were not only found in coloring books, but in advertisements, magazines, and newspapers across the nation. Dover Publications, which was founded in the midst of World War II, has been influential in revolutionizing the paperback book market and has had a illustrious monopoly on the adult coloring book market, the book-home for paper dolls of all kinds. Today, paper dolls are less common (with vintage and original dolls sold for anywhere between $100 and $500), but Dover still knows a thing or two about these two-dimensional figures and their accompanying outfits. Thoroughly researched, with historically accurate outfits, these paper dolls are the perfect way to spend your Friday.

George Washington, preparing to pose for the dollar bill.

Caroline and John Jr., the children of Camelot.

The unmatched elegance of Audrey Hepburn.

What the Critics Picked: The NBCC Award Judges on the 30 Finalists 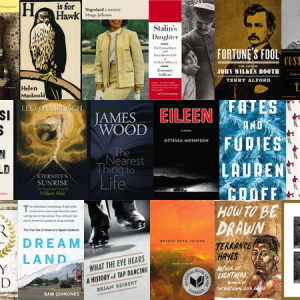 What the Critics Picked: The NBCC Award Judges on the 30 Finalists On January 18th, The National Book Critics Circle Awards announced its finalists for the publishing year 2015 in six categories,...
© LitHub
Back to top
Loading Comments...