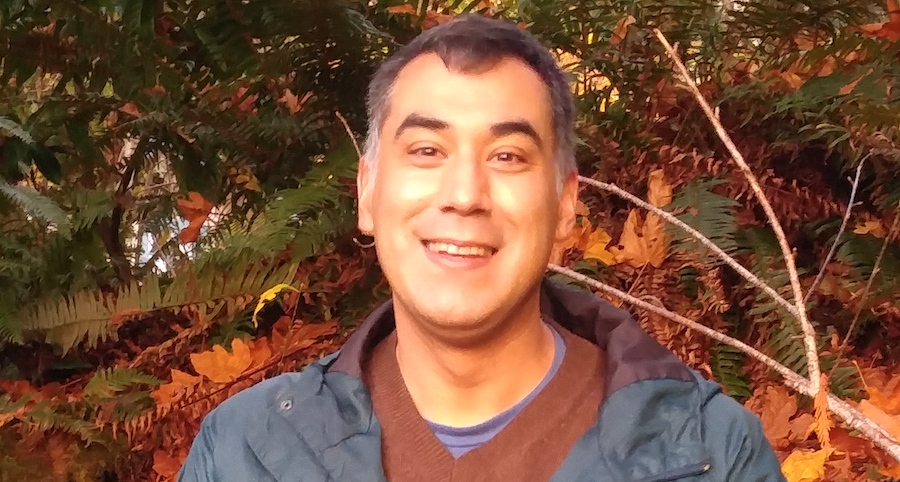 In Conversation with Peter Mishler

For this installment in our interview series with contemporary poets, Peter Mishler spoke with Cedar Sigo. Sigo was raised on the Suquamish Reservation in the Pacific Northwest and studied at The Jack Kerouac School of Disembodied Poetics at the Naropa Institute. He is the editor of There You Are: Interviews, Journals, and Ephemera, on Joanne Kyger, and author of eight books and pamphlets of poetry, including Royals (Wave Books, 2017), Language Arts (Wave Books, 2014), and two editions of Selected Writings (Ugly Duckling Presse, 2003 and 2005). He has taught workshops at St. Mary’s College, Naropa University, and University Press Books. He lives in San Francisco.

Peter Mishler: I was wondering if we could start with a question I ask all of the poets in this series: can you think of an image, a memory, an experience from childhood that in some way seems to presage a life in poetry?

Cedar Sigo: I do remember a junior typewriter I must have received for Christmas around the first grade. Brown with cream-colored keys. I eventually decided I would write a novel on this typewriter titled Vines of Blood. But then I would try and type a clean perfect title page and fail at that repeatedly before even beginning to figure out the literal story. The title itself was the work, I see that now.  I guess I was realizing the power of speaking metaphorically, containing drama and dread. Later my books Stranger in Town (2010) and Language Arts (2014) were both written largely by typewriter so maybe it really did indicate something. A friend recently promised me one his many extra typewriters so I’m now getting involved all over again.

PM: As a young poet who did you feel you were most intentionally responding to?

CS: My best early poems were all dedicated to other writers like John Wieners and Joe Brainard. This period would be around 2000 to 2002. Jack Spicer was a huge influence then too. I think I was really responding to the local poetry history of San Francisco. In terms of a style I wanted both the ease and ingrained phrasing of John Wieners and Joe. The thing is that I had a lot of the same friends as these writers I admired so I did feel somewhat “in the tradition.” Bill Berkson, Joanne Kyger, David Meltzer, were all very interested and generous with their time. I still thought of them as “Bolinas Poets” even if most of them had moved back to the city. I liked to imagine the several groupings of poets and where they overlapped and where they differed. I always loved John Wieners’ great quote in his essay The Lanterns Along the Wall, “I cannot imagine a single day when I have not spent dreaming or conjuring certain habits of the poet. Fortunate the few who are forced into making things surrounding the poets come true.” It’s clear that the stakes for him go beyond rhetoric into the realm of belief and fate.

Some poets write so vividly about their early life it’s hard not to daydream about them. Eileen Myles comes to mind, Audre Lorde, Diane Di Prima… I also put out my own small stapled editions on my own press or on the equally tiny presses of my friends. Even after my first book on Ugly Duckling Presse I continued to organize and publish my work in this way. I think some of the older poets I first met in San Francisco were charmed by this and that makes sense as the poets I fell in with were essential catalysts of the 1960s mimeo revolution.

CS: Usually I try and trigger writing through handing myself new assignments, so the lines begin under an archway of my own imagining. Some assignments are cosmic and handed to you, like a poem written in memoriam and others just offer you a different lens. I always thought Alfred Starr Hamilton’s poems seemed intentionally incomplete, they were often glimmering lists, begging to be restored with a new image. I would start poems thinking I was completing one of his. That’s just one example of course.

And then there is just the lone phantom line haunting you with aching music and once you write it down you are then spoon-fed a few more till your phrases lift the imaginary organ pedal.

Translation, rewriting… and then there is just the lone phantom line haunting you with aching music and once you write it down you are then spoon-fed a few more till your phrases lift the imaginary organ pedal and its creak is linked to a friend’s voice across the hall. Those things happen too (the actual music of a room) and the fact that it sounds better replayed on the page than it did in actual life. I try and keep poetry a pleasure for myself and I am not afraid of taking huge amounts of permission from other writers. Some of my poems are written with first lines by others that are then erased and the poem is complete.

PM: Are there procedural methods that interest you or that you’ve used to generate new work—and how have these challenged prior notions of making poems?

CS: Yes. I seem to depend on these methods… triggers… forms. My friend Sarah once asked me to write a scene without dialogue and this became the poem “Fever Dream” in Royals.

Another poem titled “The Magic Mountain” from that book was simply three sentences I obsessively rewrote to improve a single transition within an essay. It granted such clear passage I decided to isolate it as poetry. I think I may have added the first couplet “I dreamt I was an orator / trapped in a typewriter—” after this realization.

My poem Thrones was written after hearing a tape of Philip Lamantia read his “Time Traveler’s Potlatch.” This is the very last poem in his collection Becoming Visible. He explains the form as being “in the Northwest American Indian potlatch tradition of sumptuousness and excess, gifts are offered to those who attract the imagination of the giver.” In Lamantia’s poem he goes on to valorize Simon Rodia, Charlie Parker, Edgar Allen Poe and others, each separately. The form has you presenting gifts on bended knee in a way and it forms this sort of totem, a twitching altar with an almost invisible frame. For Thrones, I was interested in honoring (communicating with) certain essential African American artists through a (still living) coast Salish ceremony.

Lamantia’s form sort of reminded me I had a box to re-center myself inside of. And then the poem seemed to want to happen on top of all that. The doors came flying open. Mine sounds nothing like Philip’s really, his style is so volcanic and theatrical, impossible to duplicate. While The Time Traveler’s Potlatch is ultimately a flowing list of decadent gifts, I love that the form itself can also be seen as a gift to all poets.

PM: I’ve wondered about your poetics in relation to the French Surrealists.

CS: With the Surrealists, I seem to refuse to accept them as a group. My teacher Anselm Hollo once joked that the only thing they all have in common is the fact that they each (at some point) broke with Breton. I love Reverdy and of course Apollinaire. On the visual side my favorites are still Max Ernst and Leonora Carrington (though he was German and she was English). It’s funny that Michaux’s writings are said to be in line aesthetically with surrealism but that his visual art is composed of patterns of abstract brushwork and does not rely on setting a scene or introducing elements we recognize as bizarre. I think the most lasting part of the surrealist legacy is their making up forms for poets and artists and passing them around. I have kept a whole box of exquisite corpse drawings from countless gatherings over the years, some credited, some not. They are a lot of fun to make with children.

PM: So play is a fundamental value of yours.

CS: I would say it is among the most active. I try and keep poetry as an element that is allowed to live in several forms. I try and keep it hovering as energy and ready to invade. For instance, right now, I am writing a bunch of lectures, helping to edit a major anthology of Native American Poetry, I am also publishing a tiny edition of my neighbor’s translation of Zone. I just finished writing a piece on the painter Rainen Knecht.

Then to be allowed to enter into the act of poetry with all of these other projects on the table. I seem to escape into it even more intensely than say five years ago. It provides more relief now than ever before. The key is never letting the possibilities of poetry, (where it belongs and what it can do) be determined by any authority. Those things have to be decided and fought for by the poet. And often we are called upon to create our own space, press, audience. I always see it as a mission wherein you effect change person to person, one by one.

PM: I was interested in your comments for Guernica’s interview series about surviving as a poet outside of academic institutions. Could you talk about your own experience with this kind of life in poetry?

CS: It’s more of a foreign country to me than something I dislike. I also recognize that academia can be a great form of protection for an artist. I just worry that within the wide panorama of writing programs, people forget that poetry can emerge without the specter of authority or possible “improvement” casting its shadow. Sometimes poems show themselves to be like plants growing in perfect health and harmony and are not to be second guessed, someone else’s opinion is not really needed. These sound like beautifully watered-down quotes from The Letters of John Keats. Maybe I am harping on what I see as the limitations of the traditional workshop, or the feeling that we judge poems before their voices have time to truly explore the landscapes that emerge alongside them. 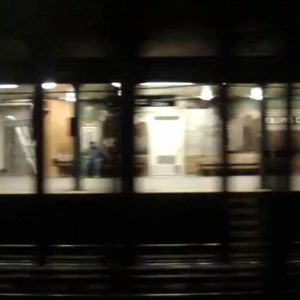 When it comes to this fleshed neck even a finger could do it, even a sharp stick, a blunt blow, a fall— My jugular, there’s...
© LitHub
Back to top