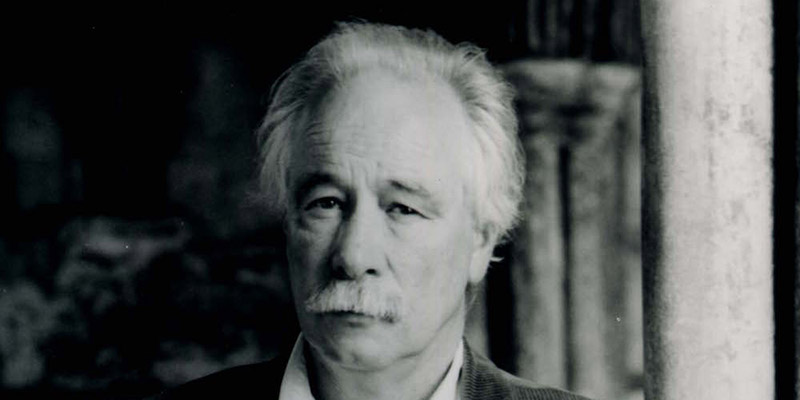 Carole Angier on Fact and Fiction in W.G. Sebald’s Work

Although he did experience some fanfare in his lifetime, German writer, academic, and novelist W.G. Sebald—Max to his friends and colleagues—died 20 years ago in a car crash near his adoptive home in Norwich, England. He was only 58.

His postmodern novels—Vertigo, The Emigrants, The Rings of Saturn, and Austerlitz—were written in quick succession in a period of less than 10 years, and they were all published in English translations in less than five years, making him one of Germany’s biggest authors, almost overnight.

Before his death, Sebald had taught in the British university system for decades, mainly at the University of East Anglia, where he helped found the literary translation department. He really did not begin writing in his signature style—a mix of travelogue, memoir, historical fiction with embedded pictures and ephemera—until middle age, however. Walter Benjamin famously opined that any great writer creates their own genre; Sebald accomplished this with just a brief collection of books.

Through his unique, poetic prose style of writing, his books grab hold and immerse readers in a world of memory and loss like no other novelist. Trauma runs through his work and his characters seem so real because, like most fictional creations—at least in part—they are based on real people. Sebald’s distinctive style got him into trouble, both when he was alive and certainly posthumously. Some readers have taken issue with his re-purposing of Jewish folks’ true-life stories. He has been accused, in some cases, of exploiting these stories for personal gain through novelization.

When I first began to read his work, shortly after his death in 2001, I interpreted his work to be an homage to the Jewish lives he chronicled, written by a German who grew up in the shadow, silence, and shame of the horrors of WWII. Sebald’s father was a military man—a Nazi officer during the war and a member of the re-constituted German army in the post-war years. Sebald grew up in the beatific surroundings of Bavaria in Germany and had a deep hatred for the Nazi regime and his own family’s complicity. The fate of the Jews—and other minorities targeted by the Nazi war machine—is a mournful thread that Sebald tears at throughout all of his novels. He also wrote a nonfiction study of the bombings of German cities, entitled On the Natural History of Destruction.

Enter biographer Carole Angier, whose previous books include studies of novelist Jean Rhys and Italian physicist and writer Primo Levi. Angier, who grew up in Canada before returning to the UK, is of Viennese descent. She is also Jewish and roughly the same age Sebald would have been had he lived. It took her seven years to finish Speak, Silence (Bloomsbury, 2021). The title, of course, a nod to Nabokov’s famous memoir, Speak, Memory, one of Sebald’s favorite books.

Angier and I caught up recently to discuss her 600-plus-page doorstopper of a book. One of the reasons I wanted to talk with her about it—apart from my longtime love of Sebald—was to ask for her thoughts on the controversy his work still seems to generate, even 20 years after his death. A great deal of the reviews of Speak, Silence, in the States at least, were hyper-critical of Sebald playing fast and loose with some facts in his fiction.

But all great fiction writers pluck characteristics and facts to shape their fictional worlds and, so, while Sebald’s use of real photographs and ephemera in his work for visual effect made his narrative style offensive to some, it also made it more potent for others. In this interview, Angier speaks to this subject, and many more.

J.C. Gabel: Let’s go back to the beginning. You had a chance to interview Max, as he was known more colloquially, in the 90s, as he started to publish these books. I assume that’s where you caught the bug of his work, and that’s what led you down the path to ultimately write the first biography of him.

Carole Angier: Yes, although it’s a long story. I first interviewed him in 1996. That’s when The Emigrants came out in English. I was, like so many people, just blown away by it. I was sent it to review, and I’d never heard of W.G. Sebald. I opened the book, and five hours later, I finished. I was blown away. Who is this marvelous writer, this unique writer? I felt as though I was his personal discoverer—that no one else in the world knew anything about him. Then, of course, it turned out that’s how everybody felt—thousands of people across the world. Being a biographer and being nosy and interested, my first thought was, Who is he? I must find out. I want to interview him. So, I wrote around, or rang around, and I got the Jewish Quarterly to agree to do an interview with him. He agreed, perhaps because it was the Jewish Quarterly. I was the first person to interview him in English, I believe. I went up to the University of East Anglia, where has a professor, and I went and knocked on the door, and the door opened, and there was this absolutely German man. I’d actually been working in Munich before then, and I just sort of recognized him. He was a deracinated German, of course, but he seemed to me very German, and we had a wonderful, wonderful conversation. I found him utterly charming and very, very, very, very gloomy. He had a wonderful, deep, resonant voice that seemed just as mysterious and evocative and amazing as his writing. So, that was it; I interviewed him, and he was wonderfully open and incredibly honest. He was honest about his parents. He told me that they would always say that they had been internal dissenters, and he would say, “Internal dissent is indistinguishable from internal collaboration,” which I thought was extremely harsh towards one’s own parents, but I guess accurate. I believed every word he said to me, and then it turned out later that I shouldn’t have. He told me some things that weren’t true about his work. Not about his life, about his work. Which was interesting.

J.C. Gabel: I want to get into some of the positive stuff—his genre mixing, his prose style, and why so many people have fallen in love with his work. It’s so original and unique. But it seems like a lot of the controversy around Sebald is, I wouldn’t say hyperbolic, but I was shocked seeing some of the reviews of your book, where so much attention is on this notion of him blurring the lines between truth and fiction with regards to some of the characters of Jewish descent. When I read the work, I viewed it as an homage; I didn’t see sinister intent at all. Yet that’s not how he’s been perceived by some. Of course, now that your book has come out and there’s this somewhat objective story of his life, I was a bit shocked to see how many people seized on that and made that the anchor of their criticism of the book. I’m curious if you think some of that stuff is founded. It definitely seems to diminish what he was trying to do, which was create these homages to Jewish characters, in part because he seemed to have an enormous amount of guilt for being German.

Carole Angier: That is all exactly right, J.C., and I have to say, I regret having brought this opprobrium upon him, which was entirely unintended. I’m a biographer; I have to tell the truth. There’s no point writing some kind of whitewash and so on. So, I told these truths that he had told fictions to some of his interviewers, including me, about some of his characters and his use of them. I was as shocked as you are when people took this as such a terrible thing and turned on him, used what I had said as ammunition against him. It seems to me more than hyperbolic. It seems almost sort of crazy. In my book, I explore why and how he might have done this, because one of the great things about him is he’s not just a uniquely original writer: he’s a uniquely original thinker. He has a very unusual mind, an unusual relationship to reality. For example, in one interview, he said that he very often couldn’t distinguish between things that he remembered and things that he experienced. They were both equally strong to him. He said this makes it very difficult to live a normal life. I think it was difficult for him to live a normal life. His imagination was so powerful that it would intrude into his experience. For example, he was an extremely, notoriously bad driver. The reason I think he was such a bad driver, from everything that people who drove with him have told me, was that he would lose concentration. He would be so involved in something he was saying, or in the beautiful flowers at the side of the road, that he would forget that he was actually driving. He would stray into the other carriageway. His imagination was as powerful as his perception, and his memory was as powerful as both. He had a very strange and unusual mental economy, as it were. Therefore, when he told me these fictions about his characters, many, many different complex and interesting things were going on. To just boil them down to “lying” is really reductive and terrible. It’s not something I do in my book, although I did call one of the things he said a lie. I regret that now. I should have said he told “fictions” rather than “lies,” because I gave people the excuse to turn against him like that. From all my researches and all my readings, I think what he was trying to do was make the experience of these characters as real to his readers as it was to him. Partly because of the power of his imagination, but also partly, or largely, or mostly because his encounter with Jewish people was so powerful to him.

Carole Angier is the author of Jean Rhys: Life & Work, which won the Writer’s Guild Award for Non-Fiction and was shortlisted for the Whitbread Prize, and The Double Bond: Primo Levi, A Biography, following the publication of which she was elected a Fellow of the Royal Society of Literature. She taught academic and creative writing for many years and has edited several books of refugee writing. She lives in Oxfordshire.

“I Did Not Get Anywhere Until I Became a True Literary Citizen.” Courtney Maum on Making a Writing Career 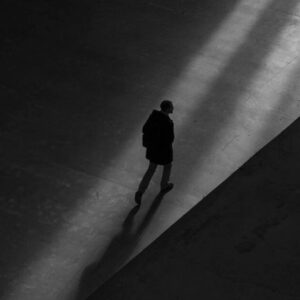 To blame the patriarchy for anything or everything is so common, it’s become cavalier, off-hand, meme-worthy. But in this...
© LitHub
Back to top