This week on The Literary Life, Mitchell Kaplan talks with Carlos Lozada about his new book, What Were We Thinking: A Brief Intellectual History of the Trump Era. They discuss what led to writing the book, the current election results, and what is going to happen next in America.

Mitchell Kaplan: I don’t know if a lot of books about Trump are going to continue. I’m sure a lot of them are being written. But if he’s in our rearview mirror, I don’t know if they’re going to really catch hold. I’m wondering if you feel, as I do, that the ones that will will be the ones that attempt to do more like Michael Lewis has done and has done in the past, things that are about the structure of our government and the weaknesses, the Achilles heel, that we have. I wonder what your thinking is on this, about where we go next with these books. And do you really ever want to read another one?

Carlos Lozada: You know, on Saturday when the election was called, my daughter had been at her Irish dancing lesson, and my wife was driving her back. And the moment she gets out of the car, she’s like, “Daddy, you don’t have to read any more Trump books again!” Like, it’s over. And of course, if she only knew.

I think there’s going to be Trump books for a long time. I think there’s a bunch of memoirs that are going to come out that I would want to read. I hope Anthony Fauci writes a memoir. I hope Kirstjen Nielsen writes a memoir. She was right in the middle of all the family separation controversies, and I want to know what she has to say about that. There’s going to be histories. There’s going to be more investigations. And in some ways, I imagine that it’s possible and likely that the best books of the Trump era have yet to be written, have yet to come out.

My hope as both a book critic and a citizen is that the books be better, but that they do worse, commercially speaking. If they’re better—and better in the sense that I think they won’t be so obsessed with the day to day mayhem of the White House and actually really help us understand the more lasting impact of this period, both where it came from but what it meant. And if they do worse commercially, I think it’ll mean that the temperature may have diminished just a little bit in the country, and that won’t be a bad thing. I hope people continue to buy all these books at Books & Books. But other than that, I want the day to day obsession with what’s happening, that is bred in part by polarization—people want their their views reinforced one way or the other—I hope that diminishes just a little bit.

Carlos Lozada is the nonfiction book critic of The Washington Post and winner of the 2019 Pulitzer Prize for criticism.

The Limitless Future of Queer Fiction 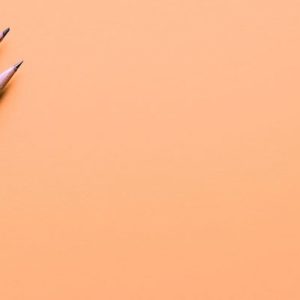 Some familiar names occupy the bestseller lists for writing direction, authors who’ve secured their reputations in giving...
© LitHub
Back to top