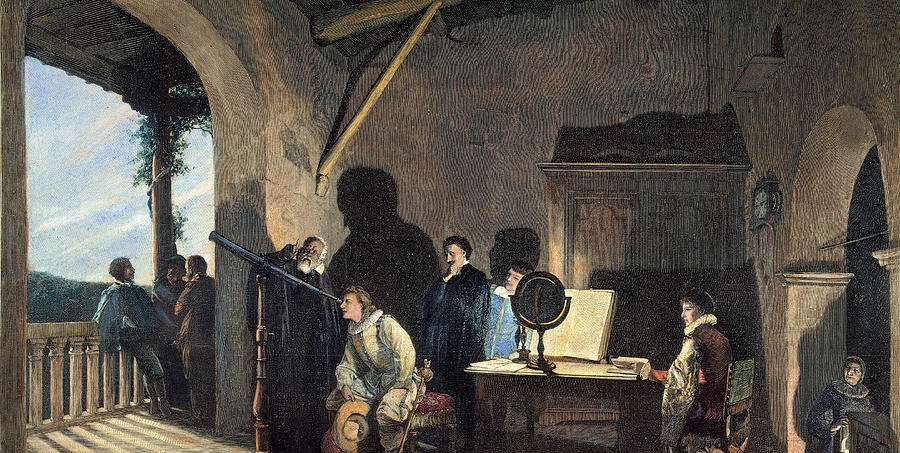 Considering the Intersections of Literature and Science

The greatness of literature lies in its capacity to communicate the experiences and feelings of human beings in all their variety, affording us glimpses of the boundless vastness of humanity. Literature has told us about war, adventure, love, the monotony of everyday life, political intrigues, the life of different social classes, murderers, banal individuals, artists, ecstasy, the mysterious allure of the world. Can it also tell us anything about the real and profound emotions connected with great science?

Of course it can: literature is full of science. An entire genre, science fiction, is fed by it. Playwrights have engaged with it, not the least of them Brecht in his Galileo, a play that goes to the heart of the critical attitude upon which scientific thought is based:

We put everything, everything in doubt…What we find today, tomorrow we will erase from the blackboard and we will not write any more, at least until we find it again the day after that. If some discoveries follow our predictions, we will look on them with particular distrust…And only when we have failed, when beaten and without hope we are reduced to licking our wounds, then with iron in our souls we will begin to ask ourselves if we might not be right after all.

This is how, at the end of the play, Brecht has Galileo respond to his young assistant Andrea, when the latter is impatient to immediately find evidence to corroborate a brilliant idea. Many great scientists, and Galileo himself with his Dialogue Concerning the Two Chief World Systems, have written works that indisputably figure as classics of literature as well as of science.

But it is the greatest literature that has sought to come to terms directly with the scientific vision of the world. The striking opening of one of the most intelligent novels of the early 20th century, Robert Musil’s The Man without Qualities, is a dry list of meteorological data that opens out, at the end of the paragraph, with their translation into vernacular and everyday terms: “…it was, in other words, a beautiful August day.” Here, and filigreed throughout the novel, Musil attempts to incorporate and come to terms with a vision of the world revealed by the great successes of 19th-century science: a world of data and numbers.

The same challenge, if very differently inflected, was faced by the Milton of Paradise Lost. The poem includes these tremendous lines in which he wonders about the Copernican model that was still hypothetical at the time:

What if the Sun
Be Centre to the World, and other Stars
By his attractive virtue and their own
Incited, dance about him various rounds?
Their wandering course now high, now low, then hid,
Progressive, retrograde, or standing still,
In six thou seest, and what if sev’nth to these
The Planet Earth, so stedfast though she seem,
Insensibly three different Motions move?

The passage brims with the excitement of an immense step forward in science, a radical remapping of the universe that was in the process of being accomplished. All of Milton is secretly oxygenated by the new science: the immensity of the cosmos, the harmonious yet complex nature of the universe and of its movements, interstellar space and the possibility of traveling through it, the dominant role of the sun, the probability of extraterrestrial life… Throughout Milton’s writings, there is the impetus of the great conceptual revolution that in the 17th century was being brought about by science.

But to find a pure singer of science we need to go back further, until we get to the great poet who was able to devise a way of thoroughly uniting poetry and science, demonstrating how intimately linked they really are, to the point of almost becoming the same thing. I am talking about Lucretius, in whose work the most rational of deductions acquires the power of poetry:

And now if we accept that the number of atoms is so
endless
That an entire human era would not be sufficient to
count them,
And that if there exists the same force and nature
that may
Bring these atoms together anywhere, in the same
fashion
That they have converged here, then it is necessary to
acknowledge
That there must be other terrestrial globes elsewhere in
the void
And different races of men, and different species of
beasts.

Naturalism, which animates science, not only was the source of Leopardi’s anguish, but filled Lucretius with a kind of serenity: “Sometimes, like children who are afraid of the dark, we fear in the light of day things as inconsistent as those that the child is afraid of at night.” And it is this thoroughgoing naturalism that allows Lucretius, the anti-​religious classical writer par excellence (“How many afflictions have been brought about by religion…”), to turn to the goddess Venus with such luminous sentiments:

Mother of Aeneas and all his race, delight of men and
of gods,
Alma Venus, who beneath the wandering stars of the
heavens
Populates with living creatures the sea furrowed by
ships, the earth
Fecund with fruits; through you every living species
forms,
And once it has blossomed can come out to see the
light:
Before you, O Goddess, the winds run—at your first
appearance
The clouds leave the sky—for you the ever industrious
earth
Brings forth sweet-​smelling flowers; for you expanses
of the seas
laugh, and the becalmed sky is radiant with light.

Twenty centuries have elapsed since Lucretius, during which abysses of new knowledge—and alongside it new, boundless mysteries—have gradually opened up before us. Will we be able to find someone capable today of singing, with as much lucidity, about the complexity and mystery, as well as the strange comprehensibility and profound beauty of nature, as revealed by the lights of science? 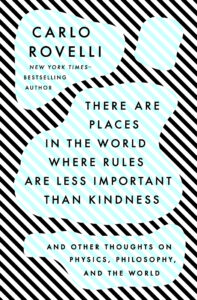 Excerpted from There Are Places in the World Where Rules Are Less Important Than Kindness: And Other Thoughts on Physics, Philosophy and the World by Carlo Rovelli. Copyright © 2022. Available from Riverhead Books, an imprint of Penguin Group, a division of Penguin Random House, LLC.

Carlo Rovelli is an Italian theoretical physicist, the head of the quantum gravity group at the Centre de Physique Théorique of Aix-Marseille Université. He is one of the founders of the loop quantum gravity theory and author of the international bestsellers Seven Brief Lessons on Physics, Reality Is Not What It Seems, The Order of Time, and Helgoland. Rovelli lives in Marseille, France. 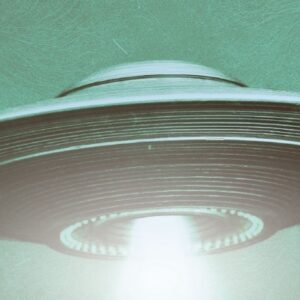 “Skepticism is a healthy thing, especially when you get involved with whirling saucers that defy the laws of aerodynamics,”...
© LitHub
Back to top
Loading Comments...