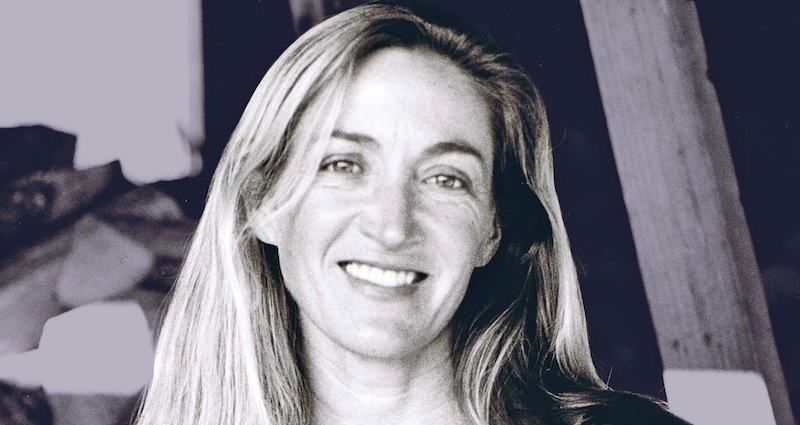 I first knew about Gordon Lish from an article Amy Hempel wrote for, I think, Vanity Fair, a piece called “Captain Fiction.” I was fresh out of college and working an entry-level job at Esquire, bussing tables downtown at night. I had written a story or two, didn’t know much but knew enough to feel invited by the lavish, heated, exalted way Gordon spoke about fiction—really about being alive. I went straightaway to Columbia and stood in the receiving line dumbly, unsure of myself, waiting my turn for the interview.

I don’t know if Gordon was wearing his jumpsuit back then, with the tail of his belt hanging loose, and brogans, and his many-feathered hat—I think this rig came later. Mark Richard came later, who sat on the heating vent, and Diane Williams, and Will Eno—years later. This gets to be a long time and a lot of people ago—late 1980s, early 90s—Sam Michel, Dawn Raffel, Michael Kimball, Yannick Murphy; Amy Hempel, Jason Schwartz, Lily Tuck, Ann Pyne; Ben Marcus and Peter Christopher and Victoria Redel and Richard Blanchard—to say nothing of so many others, stellar at the time, who turned to photography, welding, I don’t know, wrote for a time and quit.

For me Gordon, and my first idea of myself as a writer, began at Columbia, amid student protests against investments in South Africa—shouting outside the window, leaves coming down, a hallway bright as a hospital. When I got to the head of the receiving line, Gordon asked me one question: Why are you here?

It was just awful—dreadful—the story I’d sent him. There wasn’t a sentence in it he could stand to read but one. (He read the sentence aloud. I’ve forgotten it, a shame: I owe that sentence my seat at the table.)

I come from a quiet family. I’d been to a college where teachers wore tweed. Called young women Miss. Spoke softly. But very soon here was Gordon with the dial turned up talking nooky and Bloom, the nuthouse, Artaud, the implicative load, the hours he could go without pissing. He was irreverent, even lewd. He spoke admiringly of Paglia (who had shredded his book and sent it back to him–for use in the men’s room) and told biting, hilarious Schmolovitz jokes.

Why are you here? The question persisted. To what end, what effect, what possibility?

At Columbia, I began the first fiction I would publish, a story called “Absolution.” When I finished the story, Gordon wrote to my mother—she was in Tuscaloosa dying—an extravagant letter of extravagant claims, and he encouraged her to help me (she always wanted to and did.) My life was taking opposing turns—heady, painful, a bewildering loss I had begun to believe I could make something beautiful from. With sufficient desire. Desire is everything—this was at the heart of Gordon’s teaching.

Gordon didn’t last at Columbia. Before long he was conducting private classes in New York City apartments. We sat on the floor at Christine Schutt’s place—six hours, nine—late into the night, the traffic thinning. And a kid—Will Schutt, lovely poet—cracks the door, an eye in the dark, giddy, and looking on.

Fidgeting, pissing, food, thirst—we were briefly beyond all of it—any daily numbing concern—jobs to go to, rent to pay. I know how this sounds. The feeling wasn’t so for everyone, but I wasn’t alone in feeling it and for me it was absolute. The class was church. An intoxicating faith. A drug to last the week until we could get ourselves up from the village or across the country or over the river to sit back down. People came at great cost repeatedly and some–reading aloud, he always had us read aloud–some never made it past the first sentence. He’d say, What have you got, Kimball? Let’s hear it. Come on, Raffel. Let’s see if you can beat Richard. The scourge of Richard.

You lost it, Gordon would say. Or: You had it but you got tired. Don’t get tired. Exhaust the object. Why are you here? What is wrong with you?

These were not rhetorical questions. There was no discussion. There was reading and listening to others read and listening to Gordon speak. Perform. His teaching was a demonstration of what he wanted us to practice—shapely, obsessive, unafraid; a lot like juggling fire. I watched in awe thinking, How in the world can he bring this around—bring this thing back to that other when each is so distant and different?

Gordon seemed often in peril of losing his way. He improvised, invented. He vivified the plain and the daily. Talked shit, told jokes, made use of it, of everything, the snippet overheard. He repeated sentences, phrases we had written: “–things best left kept secret;” “–my brother and my’s room;” “I saw a man hook a walking stick around a woman’s neck once–” and followed with his wild praise.

We were writing into history. We were the gods of the page.

There was no “outside,” no public: the comparison was each to each. It wasn’t school. It was your life and you stood on a precipice and you had to commit or fail. Fail better.

Gordon was preacher, father, guide. Rogue. Raunchy, divine. We wrote to have something to hold against death—a rebuke. To beat death. What an achy, invincible feeling I could have, sitting cross-legged on that floor. What panic at the years passing.

I met Sam Michel in that class and we married and we’ve been married for 20 years. Sam and I see Gordon some and we talk on the phone and once, in New York, when our boy was still small, we went to a playground together, uptown, Central Park. Cracked jokes, pushed our boy on the swings, forgot the time, talking. Dusk came and we turned to go home but by then we couldn’t: we’d been locked in. It was a tall spiked iron fence—no way we were getting over it. We whistled and yelled and waved our arms and, as we did, a fat raccoon sorted quietly through food in the trash. At last help came, surly, scolding. But you can’t scold Gordon Lish.

I never saw him soften. I never saw the man shrink from saying plainly what was painful to hear. People hated him for this and still do. Well, let them. For my part, I will go to my grave saying thank you thank you thank you. For belief in what is possible, thank you. Stamina. Nerve. Not publication, not popularity in the moment, but something that has a chance to endure. Gordon’s teaching continues to make it, for me, easier to bear—even to hunger for—the isolation, the rebuke, the feeling of needing to stumble through my own peculiar darkness.

Noy Holland’s collections of short fiction and novellas include Swim for the Little One First, What Begins with Bird, and The Spectacle of the Body. She has published work in Conjunctions, The Quarterly, The Believer, NOON, New York Tyrant, Fairy Tale Review, Western Humanities Review, and Post Road, among others. She has taught for many years in the MFA Program for Poets and Writers at the University of Massachusetts.

Inside the Ultimate Writers' Retreat 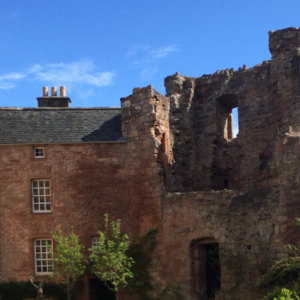 Inside the Ultimate Writers' Retreat

When Charles Dickens wrote in Bleak House that, “the one great principle of English law is to make business for itself,”...
© LitHub
Back to top