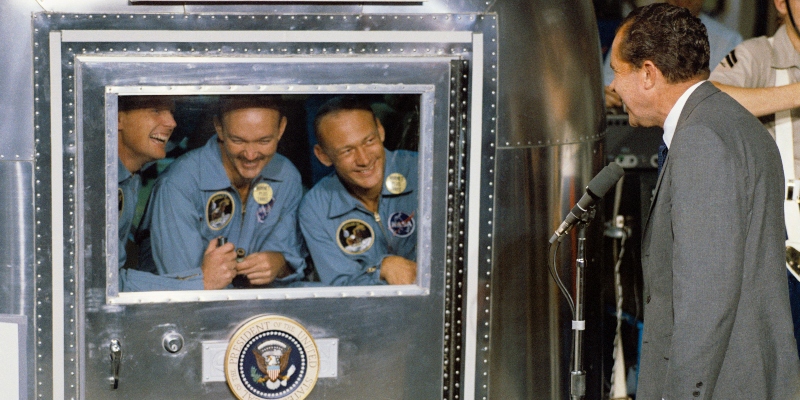 Can We Still Consider the Apollo Program a Success, Knowing that Nazis Were Involved?

Patrick Hicks in Conversation with G.P. Gottlieb on the New Books Network

In the Shadow of Dora by Patrick Hicks (Stephen F. Austin University Press 2020) explores the space program’s path from the Dora Mittelbau concentration camp in 1940s Nazi Germany, to the Apollo 11 moon landing in 1969. Eli Hessel has lost his entire family and is pulled out of the Auschwitz death camp to march with thousands of other emaciated prisoners to the Dora-Mittelbau concentration camp in central Germany, where they’ll be forced to help build the Third Reich’s V-2 rocket program. Eli glimpses Werher von Braun and other scientists, who helped developed the V-2 rocket and were later recruited in Operation Paperclip to work in the United States on our nascent rocket program. Hicks describes Hessel’s struggle to survive the deprivations and torture by sociopathic “kapos” in control of daily humiliations, cruelty, and murder at Dora.

Approximately 20,000, mostly Jews, were murdered there, and very few survived. Eli survives, immigrates to New York, studies astrophysics, and gets recruited by the Kennedy Space Center. One day, he sees the infamous Wernher von Braun, now a respected United States citizen—his expertise, along with those of other Nazis, enabled the building of our space program. This is a story about resilience in the face of evil and the human capacity to recuperate, rebuild, and re-start.

G.P. Gottlieb: Can we still consider the 1969 spaceflight as a proud achievement, knowing that Nazi criminals who spent the rest of their lives avoiding their pasts were seriously involved?

Patrick Hicks: Yeah, that’s one reason I wanted to write this book. You know, I wrote my first novel, The Commandant of Lubizec, and it was just so hard for me to write that book that when it came time for me to write my second book, I said, OK, you’re a space nerd, let’s write about the Apollo program, because I’ve always been fascinated by that. And the more research I did on the Apollo program, I was like, oh, but we have this dark, sinister past to it as well. And once I realized that the Holocaust and the Apollo program are linked, the book kind of sprouted up from that.

It’s not lost on me that the most horrifying part of the 20th century—and in my opinion, the greatest achievement of the 20th century, landing on the Moon—they’re directly linked to each other. And I think that rather than think of the Apollo program as either all positive or negative, I think we have to stand back and go, there is this dark past and we need to acknowledge it. Because you can you can go to the Kennedy Space Center now, and many of the buildings are named after some of these German scientists, and there’s not really any discussion about the past. That’s been bleached clean. And I think that it says much about America that we don’t want to look at our greatest achievement and see it sullied in any way. But from my opinion, we do need to see it with total clarity. And I think we can still be proud of it—and yet, also, come to understand the roots of the rocket program in the United States.

Patrick Hicks is the author of The Collector of Names, Adoptable, and This London—he also wrote the critically and popularly acclaimed novel, The Commandant of Lubizec. He has been published widely in some of the most vital literary journals in North America and his poetry has appeared on NPR, The PBS NewsHour, and American Life in Poetry. He has been a finalist for an Emmy and he has received grants and fellowships from the Bush Artist Foundation, the Loft Literary Center, and the National Endowment for the Humanities, among others. A dual-citizen of Ireland and America, he is the Writer-in-Residence at Augustana University as well as a faculty member at the MFA program at Sierra Nevada University. When not writing and teaching, he is the host of the radio show, Poetry from Studio 47. He lives in the Midwest with his wife and son. 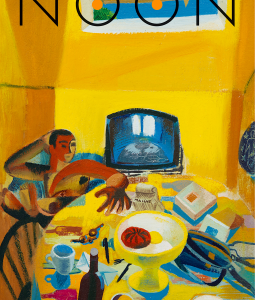 We were a very poor family and like all poor families knew who had what and how. How you steal a book-size magazine or any book...
© LitHub
Back to top