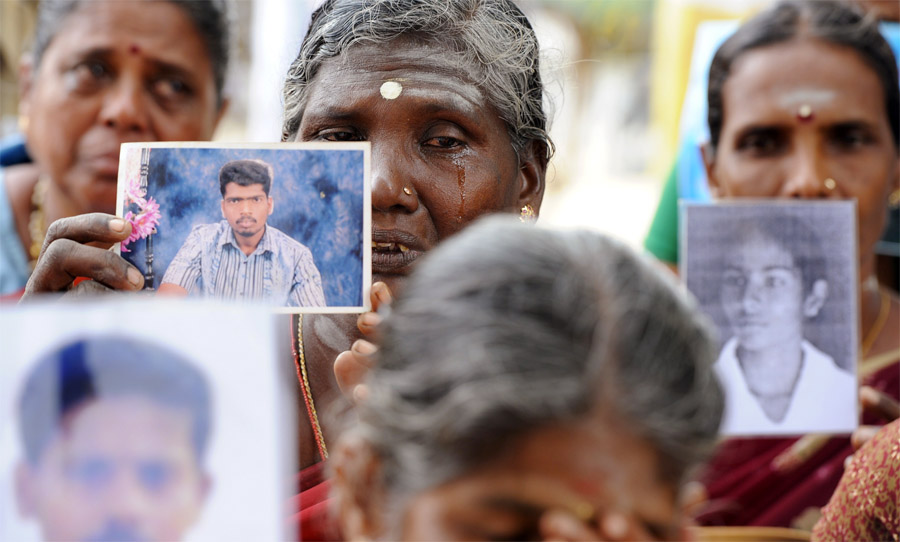 This January I participated in the Galle Literary Festival, a book lover’s dream held on the paradise island of Sri Lanka and curated by one of my literary heroes, Shyam Selvadurai. This was a homecoming for me in several ways.

From 1983 to 2009, Sri Lanka, the land of my birth, underwent a bloody civil war between the Sinhala Army and the Tamil Tigers, with a death toll between 80,000 and 100,000. In the latter years of the war, the Galle Literary Festival was born and became a reminder that Sri Lanka was more than a nation torn apart by ethnic strife; that we too, cared deeply about culture and international literature.

The importance of the GLF to a South Asian-American writer can only be understood by looking at the big picture. I was born in Sri Lanka and at the age of three migrated with my family to Nigeria. English books were almost impossible to find in our rural village, and therefore I was a book-starved bibliophile. The few books I did have access to were by English writers. They told of exotic delights like midnight feasts and British boarding schools. My African childhood seemed quotidian; what I really wanted was bangers for breakfast.

In 1984 my family moved to America, and like a starving person turned gluttonous, I fell into the arms of Toni Morrison, Alice Walker, Gabriel Garcia Marquez. Then came the Indians: Anita Desai, Salman Rushdie, Ruth Prawer Jbwala. It was a revelation to learn that people were writing about my part of the world, that people were interested enough to read about South Asians. In some dim back room of my mind I thought—maybe I could write about Sri Lankans, disguised as Indians. I knew I couldn’t just write about Sri Lankans—no one around me even knew where Sri Lanka was; why would they want to know our stories?

Then I read Shyam Selvadurai’s first book, Funny Boy. It’s about a strange outsider gay kid growing up in Colombo. Here too were people like me, families like mine, familiar neighborhoods, beloved turns of phrase and gesture. Not only were people reading Shyam, but he was a beloved and bestselling author. It would be years before I started writing, but this was an early and ferocious moment of homecoming.

Now in 2016, I am invited to Galle. Since my book has been out, Shyam has become much more than a distant inspiration—he has become a friend. I will share the stage with him twice and am thrilled to do so.

The Galle Lit Fest is held in the old Dutch and Portuguese Fort on Sri Lanka’s southern coast. The cobblestone streets are narrow and filled with tuk-tuks, coconut and fish vendors—and now with writers. The names are formidable: Amitav Ghosh, Meera Syal, Gregory Pardlo. There are 90 participants including writers, chefs, performers, and dancers. There are concurrent events and packed halls, everywhere people are talking about books, about writing. Inspiration crackles in the air.

At Galle I see the most powerful reading I have ever witnessed. Sonali Deraniyagala reads from her memoir Wave in which she tells the harrowing story of losing her husband, her two sons, and her parents to the 2004 tsunami. We in the audience know that Sonali almost never gives interviews. What she shares with the 500 people in the hall is deeply intimate, heartbreaking. She is poised and articulate even as a quarter of the audience is quietly weeping. At the end, we give her a standing ovation. It feels like healing.

I do a reading with Anuradha Roy. She’s graceful and sweet. That evening I am two seats away from her when she wins the $50,000 DSC Prize for South Asian Literature. I’m so happy for her and for the fact that literature in our part of the world is being taken seriously and fostered by prizes like this.

I meet Greg Pardlo, the Pulitzer Prize winner for poetry. It is his first time in Asia. My group of friends, Sri Lankans and others, adopt him, and en masse we leave the fort, hike through the jungle to the beach. We are bobbing in the warm emerald ocean when an apricot sunset falls. A group of fisher-boys on the rocks start strumming “Redemption Song.” Greg bursts out, “This moment is just dripping with poetry. But it’s too much!” He’s quiet again and then he says, “Sunset, Bob Marley, writers, friends, blehhhh.” We clap wildly. I tell him it’ll always be my favorite poem of his.

Galle ends and the next weekend the six writers left, taking the festival north on a seven-hour train ride to Jaffna. Jaffna is the former stronghold of the Tigers and was cut off from the rest of the country for decades due to active fighting. On the train we pass some of the most beautiful nature I have ever seen: paddy fields, villages, lotus ponds stretching to the distance.

In Jaffna, there are cows gamboling everywhere and bombed-out buildings. At the historic Jaffna library, after Shyam and my panel, a young Tamil man stands up and shouts, “We went through such a terrible time here; so many of us died; we had to stand in line from 3 am to 3 pm just for a kilo of rice. Why didn’t you write about us?”

Rohini Mohan reads from her award-winning, non-fiction book about the war, Seasons of Trouble. A woman takes the mic and says, “Sinhalese people in the south suffered too. Why didn’t you tell our story?”

These people are asking the question I didn’t know to ask as a child—why hasn’t my story been told, why don’t I see myself on the page? The remaining question is: does literature make a kind of reconciliation possible? Does having their stories told help people heal?

On the final day in Jaffna, Rohini Mohan gets a text that a group of Mothers of the Disappeared are protesting. We rush over and find a group of about 60, mostly elderly women in bright saris. They sit on the ground; many hold up pictures of their disappeared sons, a few daughters. Some are weeping, but most of them look stoic. They speak only Tamil; I speak only Sinhala and English. I kneel to listen to one while Rohini asks questions. She says her son had been taken by the previous government; she shows us a picture of him. When I get up to leave she asks me if I will look for him, if I will write about him. Rohini and I walk away exhausted, our hearts and heads bucket-heavy.

For me, the answer to the question of whether literature makes healing and reconciliation possible is a resounding yes. Seeing my own story in print was a moment of revelation that ultimately led me to writing. For these other much more deeply traumatized souls, I believe that the telling of their story allows for some measure of healing.

The Galle Literary Festival ensures that in Sri Lanka we will try our best to keep telling the stories and creating space for others to do so too. Ultimately Sri Lanka is richer for hosting this festival, and the world is richer for coming to it.

Nayomi Munaweera was born in Sri Lanka, and grew up in Nigeria. She emigrated with her family to the United States in her early teens, and now lives in Oakland, CA. Her first novel Island of a Thousand Mirrors won the 2013 Commonwealth Book Prize for the Asian Region and was longlisted for the 2012 Man Asian Literary Prize. 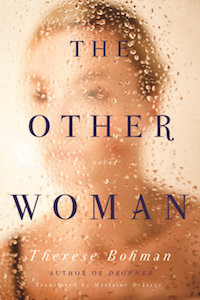 November has settled over Norrköping, the town has been shrouded in mist all through the fall. The linden trees lining the avenues...
© LitHub
Back to top