Lars Svendsen on the Philosophical Problem of "Pet" Consciousness

Humans are good mind-readers. So good, in fact, that we even manage to read thoughts where there are no thoughts to be read. In a well-known psychological study from the 1940s, 34 subjects were shown a short film of a surface where a large triangle, a small triangle and a small circle move around a rectangular shape that they can go in and out of. The subjects were asked to describe what they saw, and all of them, apart from one, described the characters as if they were conscious and had intentions.

The reason they did this was because otherwise they would only have had a slightly chaotic stream of images where some geometric figures move arbitrarily. It would simply not provide any significant meaning. By looking at the characters as if they had a consciousness, the subjects could, for example, interpret the film as a love story. One interpretation of the experiment is that the more unpredictable something is, the more inclined we are to attribute to it a consciousness and a purpose, because we can then put this apparently random behavior into a context that makes sense to us.

We have a highly developed ability to reflect on what is happening in the minds of others. In psychology, this phenomenon is often referred to as “mentalization.” One can argue that this is one of our most important characteristics as a species because it is a prerequisite for real social intelligence. However, this characteristic also has a tendency to run wild, so we might, for example, interpret a behavior as an expression of consciousness where there is no consciousness. We can also interpret objects that exhibit no agency at all, if by “agency” we mean the ability for self-movement, as if they had it. An example of this might be when we get angry with a computer or car that does not work properly, screaming insults at them even though it is obvious that they have no consciousness.

Sometimes we make the opposite mistake, and do not attribute a consciousness to a being when in reality it has one. Until the 1980s, it was common to perform surgery on infants without anesthesia. One reason for this was the increased risk when anesthetizing infants, and it was also argued that the infant’s ability to experience pain was so small—or nonexistent—that it was unnecessary to take such a risk.

Today it is widely agreed that infants have a well-developed ability to feel pain, and therefore anesthesia is also normally given during procedures presumed to be painful. How could the doctors make such a mistake? The infants, after all, showed behavior indicating they were in pain. The doctors were able to see it, but they interpreted the behavior as though it was not a genuine expression of pain awareness, because of other perceptions they had about infants.

Similar conclusions have been reached by philosophers that have written about animals, most notoriously perhaps the French philosopher René Descartes. Descartes acknowledges that there are many similarities when comparing human actions and animal behavior, but he claims that this does not tell us anything about any “inner actions.” Similarity in external behavior is not evidence of similarity in inner life.

Animals do not respond when asked questions, and their behavior has a greater regularity than that found in humans. Descartes believed that the only sure sign of consciousness is language, and conversely, that a lack of language was a strong indication of a lack of consciousness. He also claims that if you accept that one animal thinks, you must accept that all animals think, including oysters and sponges, but since it is absurd to think that oysters and sponges think, we must conclude that no animal thinks.

Sometimes we fail to attribute a consciousness to a being when in reality it has one. Until the 1980s, for instance, it was common to perform surgery on infants without anesthesia.

In one letter he writes that animals do not see the world as we normally do, but rather in a way that reminds us of how we see the world when we are absent-minded, where light hits our retinas and can cause our bodies to move without our being conscious of it happening. This might lead us to think that he believes animals have a consciousness, but cannot make themselves conscious that they have consciousness. It would, nevertheless, be stretching the analogy with spiritually absent humans too far, because his view on the matter is that animals have no consciousness whatsoever. The animal is simply considered a vending machine where external stimuli cause behavior without any awareness being involved.

Pain, according to Descartes, is a conscious phenomenon accompanied by body movements; but in animals it is only the movement itself, not the corresponding state of consciousness, that is playing out. He accepts that animals have the same physiological prerequisites for feeling pain as humans, but they lack awareness of the pain. In a letter to Henry More in 1649, Descartes writes that, although he finds it well established that it cannot be proven that animals have a capacity for thought, it has not thereby been proven that animals do not have a capacity for thought, since “the human mind does not reach into their hearts.” So a tiny grain of doubt is present. Descartes’ peculiar view of animals cannot be explained by the fact that he had no experience with animals, because he had a little dog called Monsieur Gras, whom he was apparently very fond of and who accompanied him on his walks.

The Cartesian view of animals had a long lifespan. For example, the French physiologist Claude Bernard (1813–1878) performed vivisection (from the Latin vivus, meaning “living,” and secare, “cut”) on a number of dogs and cats without anesthesia. He cut them up, and their screams of pain and attempts to wriggle free were of little concern because they were no more than machines. On one occasion his wife and daughters returned home and saw, to their horror, that the family dog had been subjected to this treatment. Of course, the marriage couldn’t last, and after the couple had separated his wife became an avid campaigner against cruelty to animals. For Bernard himself, this was just cheap sentimentality that should not get in the way of scientific progress.

Similar thoughts can be found today. The American philosopher Peter Carruthers claims that animals simply lack consciousness, and therefore cannot feel pain at all, so we should stop all these feelings of sympathy we have for them. He represents a modern version of the Stoic view of animals. The Stoic philosophers in ancient times claimed that animals were nothing more than wandering meals. In fact, they believed that animals had no senses at all. This is linked to their view on recognition. For example, they believed that to see a cat is to judge, based on what is provided by the senses, that what you see is a cat. But this judgement can be made only if you have the ability to speak. Since a dog does not have the ability to speak, it cannot see a cat, even though it has its eyes aimed at a cat. The lack of language will therefore mean that animals cannot be understood, only explained, because there is no psychological life there to understand.

The type of reluctance many philosophers have had—and that many still have to attributing consciousness and thinking to animals—is strange. I have no doubt that the dogs and cats that I have lived with think. However, it is not always clear to me what they think. This also applies to the people I have lived with, from childhood to adulthood, and sometimes I don’t even know what I am thinking. Nevertheless, there are differences between these three cases. Mostly, I am so immediately present in myself that there is no room for doubt about what is happening in my consciousness. I can be present in my own thoughts and feelings in a way like no other, neither human nor animal. It is an immediacy in the experience of one’s self.

If I am at a concert and the music being performed really hits me, it’s a feeling that resonates in my whole body and mind. It feels incredibly meaningful, without me being able to say clearly what that meaning consists of. I can look at the person beside me, and it may be an old friend whom I know inside out, whom I have listened to the band with since we were teenagers; and I look at his smile, the look on his face and the gestures showing that the music hits him just as deeply, so that we are able to share the experience. Nevertheless, we will never share it completely for the simple reason that I cannot transport myself into his consciousness. The experience will always have a private quality that cannot be shared with anyone else. I am in my own thoughts and experiences in a way that no other person can ever be.

The reluctance many philosophers have had—and that many still have to attributing consciousness and thinking to animals—is strange. I have no doubt that the dogs and cats that I have lived with think.

As mentioned already, there is something essential about the way other people behave that causes me to see them as conscious. They are not first and foremost seen as extended bodies which behave in such a manner that we conclude that they are conscious. Instead, we immediately see them as conscious. Normally, I can understand them almost instantly as well, although sometimes there are those who deliberately hide what is going on in their heads. We all have thoughts and feelings which we do not share with others because we do not want to acknowledge having them. However, we can usually tell how another person is feeling, simply by looking at them; and if we are unsure, we are able to ask each other, and get a fairly clear answer. It is different with animals.

We cannot simply ask animals about what they are thinking or feeling, and it’s not always easy interpreting their body language. However, by interacting with animals, one can develop interpretative skills. For example, people used to interacting with dogs cannot have failed to notice that tail-wagging often, but not always, means that the dog is happy. Tail-wagging can have a number of different meanings, depending on whether it is slow or fast, pointed more to the right or left, and relative to the situation. Dog owners will most often learn to interpret their dog without thinking so carefully about it. However, those same people may regret using these interpretations when encountering a cat. Anyone viewing calm tail-wagging as an expression of friendliness or pleasure, rather than irritation, runs the imminent risk of getting their hands scratched.

When a dog places its head in your lap, you can be certain that it is a sign of affection. Were an elephant to attempt the same, you’d be advised to get away as quickly as possible, because it is trying to kill you by crushing you with its forehead.

Lars Svendsen’s Understanding Animals: Philosophy for Dog and Cat Lovers is out now from Reaktion Books.

Gun Island and the Stories That Emerge on a Changing Planet

When It's Good to Be Bad: Maris Kreizman Interviews (Her Husband) Josh Gondelman 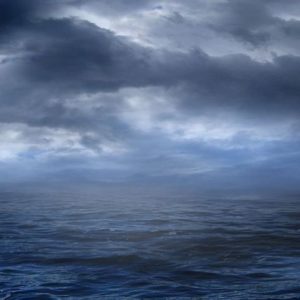 Gun Island and the Stories That Emerge on a Changing Planet

Along the melting edges of Canada’s Teardrop glacier, evolutionary biologist Catherine La Farge and her team spotted a species...
© LitHub
Back to top