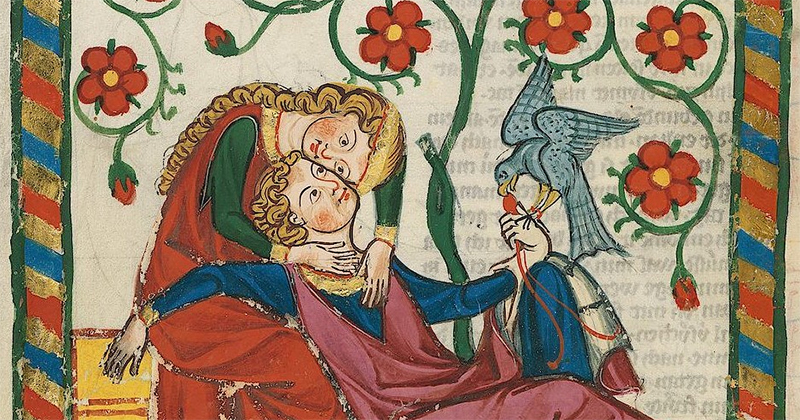 This is really cool. Researchers and literary historians have realized that the same mathematical models used by ecologists to account for lost or missing species from any given ecosystem can be applied to lost or missing literature. In this case, Medieval manuscripts.

Here’s how it works, according to this fascinating article at Scientific American:

[Associate professor in the department of literature at the University of Antwerp in Belgium] Mike Kestemont says he was discussing the issue of literature loss with Folgert Karsdorp, a senior researcher at the Meertens Institute of the Royal Netherlands Academy of Arts and Sciences, when Karsdorp compared this question to the challenge of tracking living species. As ecologists survey a place’s flora and fauna, they inevitably miss some individuals. But thanks to statistical models, they can use the specimens they do observe to estimate the diversity and size of unseen populations. And it turns out that the same models can be applied to very different unknowns.

To test this theory, researchers looked at extant Medieval manuscripts across languages and regions, in an attempt to figure out how much we’ve lost.

The researchers had access to 3,648 medieval documents. According to the ecological model, these represented just 9 percent of an original set that would have contained more than 40,000 manuscripts. But this describes the loss of physical documents, not the stories preserved in them. These stories, called “works,” are not considered truly lost until all existing copies of them have been destroyed. To continue the ecology comparison, a document is like a specific animal, while a work is like a species—and a species is not considered extinct until all its living representatives die. When the researchers applied the model to works, they found that a much more reassuring 68 percent of medieval literature has likely survived to the present day.

This kind of spontaneous interdisciplinary creativity warms my cold heart and reminds me of the intrinsic value of scholarship, outside and beyond its relationship to material gain. Learning is cool!