Can Business Play a Role in Saving Democracy?

Daniella Ballou-Aares in Conversation with Andrew Keen on Keen On

In this episode, Andrew is joined by Daniella Ballou-Aares, the CEO of the Leadership Now Project, to discuss the current state of democracy in America after Donald Trump’s presidency.

Andrew Keen: There’s another camp—people like Michael Lind, who I had on the show a couple of weeks ago, the author of The New Class War, in which he uses James Burnham’s Managerial Revolution to argue that the problem in America is not the corruption of democracy but the corruption of capitalism, and this idea that democracy can be enriched by borrowing from business leaders is absurd. How would you respond to people like Lind?

Danielle Ballou-Aares: I’d respond in two ways. First, from a historical perspective, having business as part of the coalition that supports democracy is essential in most historical context to democracy sustaining and thriving. And business hasn’t always been on the right side. So I would acknowledge that completely. You’ll see that in historical context, including in Nazi Germany, where business did not stand up to autocratic tendencies.

Daniella Ballou-Aares is a Senior Advisor based in the Washington, DC office. She advises leaders who seek to build innovative organizations, thrive in uncertain times and launch new ventures to transform their sectors. Daniella joined Dalberg’s founding team in 2004 and has served in a variety of capacities within the firm, including founding its global health practice and serving as the first Regional Director for the Americas.

On the Parental Challenge of a Child’s Anxiety 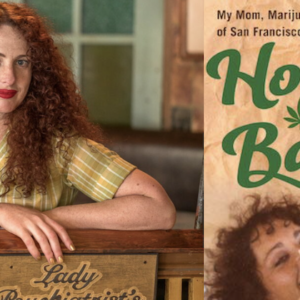