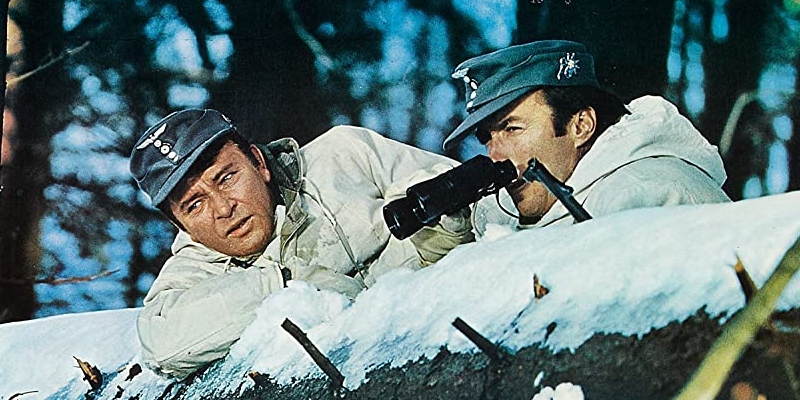 In this episode, Geoff Dyer discusses Broadsword Calling Danny Boy: Watching Where Eagles Dare, published by Pantheon/Vintage, his study of the 1969 action film featuring a young Clint Eastwood—alongside Richard Burton—in one of his first starring roles.

JC: Where Eagles Dare is one of those films that has had this second life—you could even call it a cult film—that was discovered by a lot of people on television. You make a good point in the book that this film, and the title in particular, Broadsword Calling Danny Boy, is so a part of the pop culture vernacular that it was used as a coded message during the coverup of the phone hacking scandal at Rupert Murdoch’s company in London.

GD: Yeah, but that’s something really important to stress, this difference between Britain and America. It’s absolutely imprinted in the consciousness of everybody in Britain over the age of 40. It’s a bit like those Monty Python sketches; everybody kind of knows it. And the film doesn’t have anything like the same registration in the States. It’s only deeply entrenched in the pop culture of Britain. It didn’t make it across the Atlantic in the same way—in spite of the fact, of course, that it’s one of the young Clint Eastwood’s earliest starring roles.

The type of the British war films that I saw most of the time when I was between seven and ten, they were these quite stoical British films with some reasonably close adherence to facts. I’m thinking of things like The Dam Busters and The Cruel Sea, this kind of thing. And in a way, Where Eagles Dare is obviously a big Hollywood kind of extravaganza with its slightly preposterous plot. It’s much more of a big blockbuster in the style of things like The Dirty Dozen or something like that. To that extent it’s much more of an American style film, but as well as Eastwood it’s got these British theatrical actors, and I think one of the interesting things early on is how they’re uttering their lines.

It’s just the title, which comes from Shakespeare; it’s the way that these theatrical actors deliver their lines. And of course the thing about Richard Burton. Clint Eastwood is doing most of the action, and Burton is doing a lot of the acting. Famously he was this amazing voice, so the truth is we could hear him reciting just about anything and it would sound quite mesmerizing.

Geoff Dyer is the award-winning author of many books, including But Beautiful, Out of Sheer Rage, Zona (on Andrei Tarkovsky’s film Stalker), and the essay collection Otherwise Known as the Human Condition (winner of a National Book Critics Circle Award for criticism). A fellow of the Royal Society of Literature and a member of the American Academy of Arts and Sciences, Dyer lives in Los Angeles, where he is writer-in-residence at the University of Southern California. His books have been translated into twenty-four languages.

Letter to an Unborn Child: How Could I Bring You Into a Collapsing World? 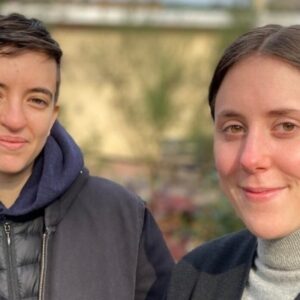 Christopher and Drew are joined in the zoom hysperspace universe with writing duo Laura Blackett and Eve Gleichman, creators...
© LitHub
Back to top